Two Saturday's ago (13th July), I was trekking around North Yorkshire (well, Dad was driving me) having a nice leisurely day for once.  Crayke had been okay, Pickering had been very good and Thornton-le-Dale had its moments, but won't be one I'll be telling the Grandkids about whilst unwrapping Werthers Originals in the year 2060.

But the best was yet to come.

Before that however, we were in the 'slightly less popular than Pickering' market town of Malton, where the Blue Ball stands out as an all time BRAPA classic.

A bit less grade II listy was today's effort, a Brewery Tap no less and as people milled in the doorway getting in the way hoping to be noticed by a Hollywood agent, Dad had serious doubts ...... 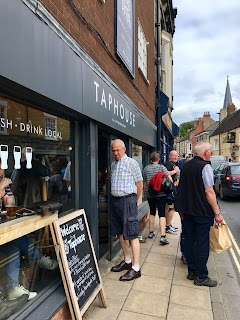 But I could reassure him here in the Brass Castle Brewery Taphouse (1687 / 2660) that over the last 5-10 years, drinking in York, me and my friends admit Brass Castle produce some of the most top quality 'modern style' ales you are likely to try.  Problem is, at beer festivals and the like, they've developed something of a 'rockstar' reputation, which puts us off them a bit, jumping on scaffolding for 'awesome' photo opportunities, 'oh so quirky' wardrobe backed temporary bars, and an entourage of festival faithfuls who surround the Brass Castle section and don't move all evening.  I didn't tell Dad any of this, it was like he knew.  Nevertheless, I was greeted warmly by a very lovely barmaid, only had two casks were on so my ultimate favourite 'Bad Kitty' was on.  Seriously, if you like strong dark beers, you'll love this one.  The 'Christmas Kitty' is just as good, if not better.  I managed to find an empty upstairs room with a nice foisty old smell and feel, and I coaxed Dad up who'd been behaving like a timid kitty since arrival, but he hesitantly relaxed into the situation and with no people (I'd have probably hated every single other customer), it became a positive experience with the Kitty drinking as well as it always seems to in York, and just like every beer they do, they've made their brewery tap excellent too.  Bastards. 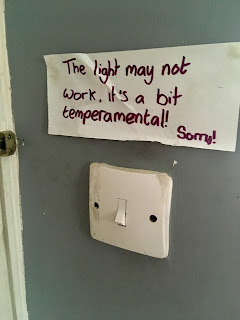 On the way back to the car, it was nice to see Martin Taylor's new chain of drinking establishments had open their first northern branch ......

Speaking of the delightful "RM", our drive to the fifth and final pub of the day had shades of 'North Dorset' about it.  Despite plugging it into the SatNav and also asking Google Maps, we were still going round in circles for five minutes in the countryside south of Malton.  Luckily, Dad found it, even if I accidentally camouflaged myself outside the pub and turned invisible ...... 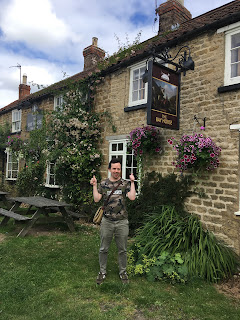 One of the true joys of BRAPA is entering a pub with absolutely no expectations and fanfare and finding a true 'hidden gem'.  Of course, there'll always be plenty of folk out there ready to tell you how great the Coopers Tavern in Burton or the Square & Compass in Worth Matravers are, but the Bay Horse, Burythorpe (1688 / 2661) to my knowledge has never had such a reputation.  And I have no idea why.  Perhaps it has only just put cask on, got a good owner, cleaned itself up?  Who knows?  All I can say is it is an absolute corker.  Quiet too, just a handful of folk and most of them were sat on the benches outside, so the landlady took the time to have a friendly chat with me, and that just doesn't happen in rural North Yorkshire cos everyone is miserable as sin.  I spent a long time just weaving in and out of the dark side rooms and corridors snapping photos to prove I'm not making this up, and the All Hallows ales made us realise this is the sister pub to another rural gem, Goodmanham Arms (Burythorpe probably better on balance), so it all started to make sense.  But obviously, being fifth pub of the day, I've no idea if anything strange or funny happened cos it is my least observant time of day! 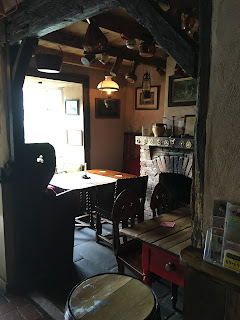 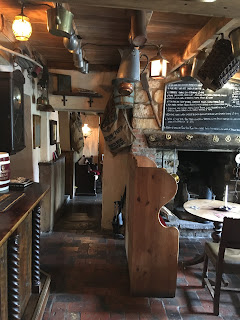 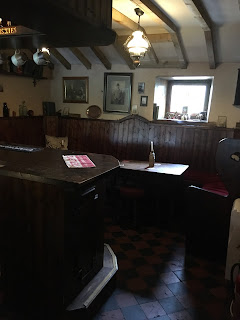 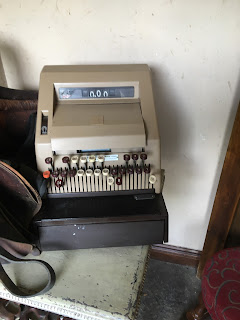 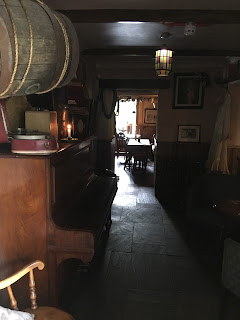 To reward ourselves for sticking to the agenda and getting back to York in good time, there was time to pop in to one of my favourite York pubs, Waggon & Horses. 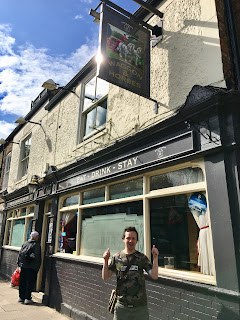 Yes, a timely reminder of why this is one of York's finest establishments, nicely off centre, only students can potentially irritate but it general has a local feel, rare for York, and today we got a peaceful seat in the front bar which hardly ever happens.  The Oakham Citra was on top form, Dad went for one of his faves, 'White Rat' though I always feel a bit bad for not having a Batemans.  Again, I can't remember any quirky incidents but they'll be in abundance in my forthcoming three blogs (rural Derbyshire you see) so I'll just leave you with some nice pictures,  good night! 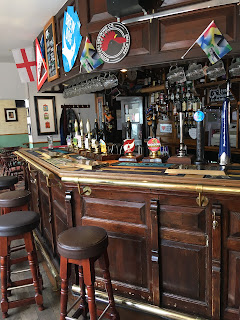 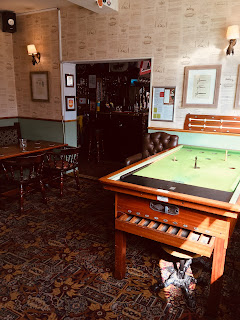 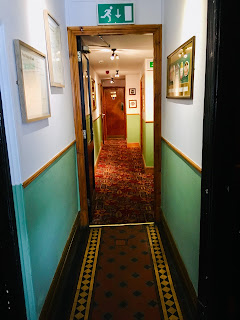 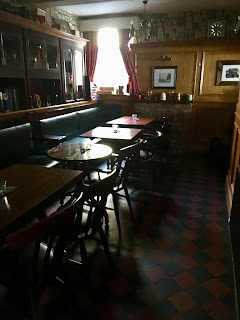