Say what you like Doom Bar but you could certainly tell that Sharp's Brewery were making an effort to impress with their craft ales on my Cornish holiday two weeks ago ...... 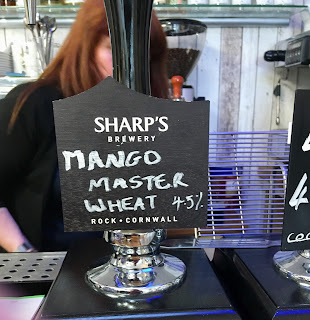 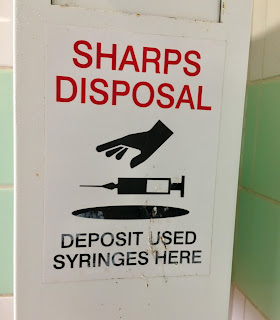 I drank one of these two at my next venue, as I tried to improvise after a tiring but highly enjoyable first half of the day had seen me find joy at both Blisland and St Mabyn.

But it was only late afternoon, and I didn't want to go back to my Quintrell Downs lodgings too soon so I took a bus from Bodmin to the town of St Austell, which yet again, had zero pub ticks but I'd heard pre-emptive whispers, and it was on the main train line back to Par which made it appeal.

I ascended some depressingly 60's grey concrete steps into a little shopping precinct, a far cry from the St Austell I'd done a tourism leaflet on as part of my GCSE English coursework, though I might have mentioned the brewery.

Micropubs are scarce in Cornwall still, I went to the O.G. at St Ives last year, and it proved a fruitful pre-emptive.  I've since heard about a second and third opening, here and in Bude so I went to explore, knowing CAMRA are suckers for a debut micro.

I saw some young lads outside as I approached, thought they were college kids but little did I know they'd prove to be legends and the backbone of St Austell's ale scene pub staff ...... 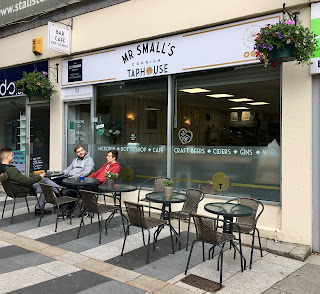 Yes, Mr Small's Cornish Taphouse may not have been a name that screamed 'classic pub visit' but as at St Ives Pilchard Press, you just get the feeling Cornwall is the type of place where Micropubs actually work, due to the openness and relaxed down to earth nature of clientele and staff - a bit like East Yorkshire and East Lancs, and why they sometimes seem like futile wastes of time in places like Surrey and Posh Outer Manchester.   With no staff member immediately present, a local bloke took it upon himself to talk me through the ales, and encouraged the lady who appeared to give me various tasters.  You know I don't really come to these places for beer alone, but it was a nice sentiment and it set the scene for a positive experience.  I'd barely had chance to plonk my GBG on a nearby table (no need really as this isn't in the GBG ..... yet!) when the young man in grey pictured above came to sit with me and introduced himself as the owner, which must make him one of the youngest pub owners I've met.  I BRAP-splained, and he told me I could buy this £6 brewery book, which I politely declined but made some mental notes about future venues, and he gave me a taster of this crazy keg thing he was excited about, I immediately said "ooh coffee" and he seemed really impressed, saying no one has said that before, and looked at me as though I was some master sommelier.  I asked him the burning question, is his name 'Mr Small' but he said not, shame!  'Where you off to next?' the pub asked, and I said I might give 'Spoons a try because Martin Taylor had made a cryptic comment about it on Twitter and lots of people had done the Twitter equivalent of nods and winks, so I wondered if it was a really good shout.  Fake Mr Small told me his mate (possibly the one in red) worked there, but he wasn't listening to us so couldn't sell me the 'Spoons dream.  With a hearty handshake, I said farewell, what an unexpectedly good experience, oh and the ale was top quality. 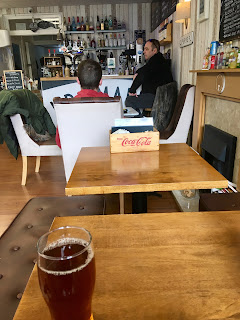 With the sun now out, St Austell started to look quite pretty ...... 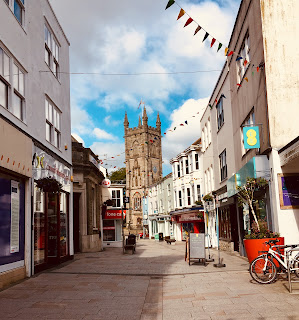 But then I reached the 'Spoons didn't I? 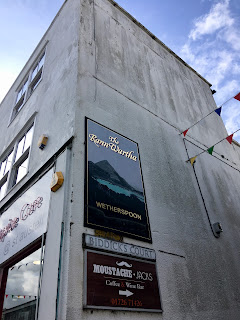 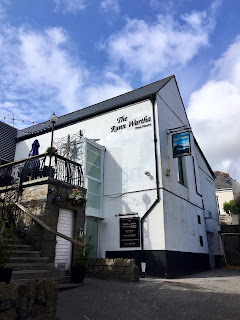 Only kidding really, so nice to see that the Rann Wartha looked so much more like a traditional pub than your average shiny fronted Wetherspoons house, though once inside it had that familiar smell and sense of 'why is there one person trying to serve about 500 people, 499 of whom are ordering grub?' feel about it.  Still, staff were lively and I got a pint of Burton Ale cos it felt like the kind of thing men over the age of 40 should do after a Mango Wheat experiment which turned out to be a bit too sweet!  Time to reign in Hipster Si, and unleash Curmudgeonly Si.  I felt a tiny bit drunk, though the blurred photography is more a case of observing a soft focus anonymity to show how respectful and ethical I can be when drunk in Cornwall.  A couple in one booth held onto each other, more like they were aliens exchanging protein strands rather than any deep seated love.  And alone in a deeper seat behind them, Cornish Bobby Ball checked the racing results and made noises from the depths of his throat.  I don't feel this is as pre-emptive as Mr Small's, though it probably should be.  Bang them both in 2020 edition is what I say.  I mean, the Hain Line 'Spoons in St Ives got in and that is shite! 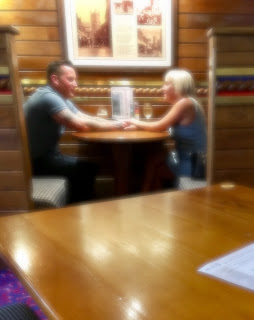 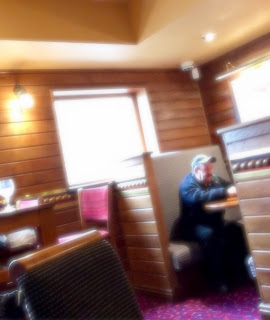 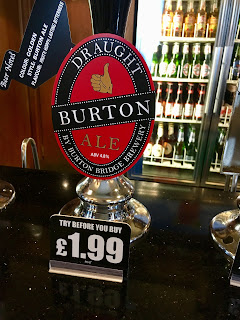 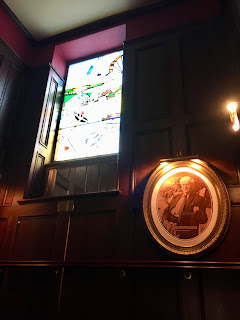 And that was that for day four.  Back to Quintrell Downs for snacks from Spar and Women's World Cup cos I had the longest day of my hols planned on the Saturday, as I headed back down to the west of the county.  I'll tell you all about that one in Part 9.

Thanks for your patience,