BRAPA is ...... Baking Well in Bakewell / The Birchover Bus Mystery

Birchover.  Arguably the hardest of my remaining 20 Derbyshire ticks to get to, but beginning with the letter "B", it had to be done first (you gotta have a system in this game chums).

I'd not been sleeping well due to a stiff neck I don't like to talk about, and perhaps the hottest day of the year at 31 degrees which is too much for me!  Still, Ibuleve gel and coffee to get us through ..... 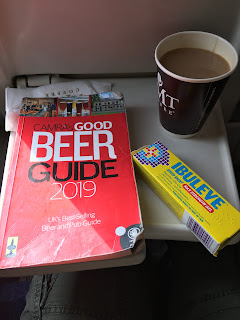 A bit like my foiled Trebarwith Strand plans two weeks previous, I felt confident I'd found the bus I needed, so shinned up on the train to Matlock via Sheffield and Derby and waited at Stand 2 for the 172 bus at 11:38am as shown below, due in Birchover 12:15 ...... 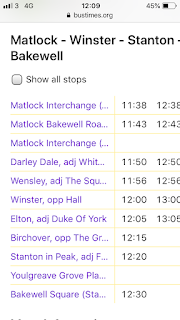 A crazy bunch of oldies were off to some Bakewell festival, and a lady laughed at an act called 'Growing Old (Dis)gracefully'.  It wasn't funny.  Then the bus arrived, about 5 mins behind time.

You can see I wasn't due in til 12:15 so I switched off a bit until, to my surprise, about 12 noon, the bus chugged into Bakewell having stopped at zero villages!

I asked the rest of the bus 'WTAF?', for everyone was Festival bound, and the old lady next to me acted like I was an idiot for thinking it would stop at Birchover.  The bus driver was equally bewildered by my protestations.  WHAT WAS GOING ON?

The lady wouldn't leave me alone and kept womsplaining about the Tourist Information Office when all I wanted was to jump in a taxi post-haste and get to Birchover.  You see, I'd got a guy meeting me at 13:15 to take me on to Cromford so needed to be in Birchover by at least 12:50!  Phew.

This was my first time in the famous pretty town of Bakewell, but all I wanted to do was get the hell out of there ASAP.  There can't be too many people who've been in that situation.  Luckily, I found a taxi and after a bit of internal debate(!), he agreed to take me to Birchover, thus wasting more money I didn't really have!

(Seriously, if anyone can solve my bus conundrum, I'd love to know why it didn't take this route).

As if a stiff neck, ridiculous hot weather and bus insanity weren't enough, the stars now aligned to create perhaps the most annoying set of pub circumstances ever .......... 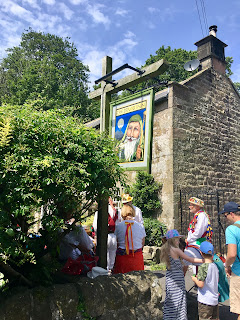 The Druid Inn, Birchover (1668 / 2641) had morris dancers with bells a-rattling, and a brass band both swarming around the outside blocking the way in.  The band played 'Locomotion' (yeh, we get it, Kylie's on at Glastonbury, simmer down).  A man who looked like he should know better decided to form an orderly queue to the bar rather than observing normal pub etiquette, the dick.  This just blocked the doorway for everyone else.  Fuckwit.  "So we are queuing now are we?" said a local old couple, appearing behind me rolling their eyes.  "Not my doing!" I protested, and finally got a pint of average Church End (£4.25 a pint!) after the bloke had ordered about ten burgers for his probably equally fuckwitted outdoor family.  Some posh ladies were marshalling a group of young girls, some 'show' or 'play' was happening later, and the children all had 'grown-up' makeup on (blusher, eye shadow etc.) Gerry and Kate McCann may have loved it, who can say, all I know is I didn't.  I sat indoors away from the mayhem.  A couple pretended they were A-listers with shades and attitudes, they weren't.  The beer mats were the worst beer mats ever, actually rubber coasters, utterly vile.  Then a couple started scoffing peanuts to try and kill me.  Was this BRAPA hell?  Luckily, same couple saved the day with a chance remark about my ale got us chatting BRAPA.  They were from Essex.  I told them I used to live in Saffron Walden.  "Ohhh, we're from Great Dunmow and our fave pub is in Littley Green!" they declared, like I'd know what that meant.  I got onto Cambs n Martin Taylor and soon I was slagging off the Fens.  "Oi, I'm from Ely!" protested a man from another table.  We patted him on the head and lit him a candle.  "Gorrr, and we're from Brentwood" piped up two ladies.  What a Cambs/Essex love in this was.  Anyway, we all found common ground in laughing at Chatteris people having six webbed toes on each hand and a sweaty man with the worst BRAPA hairstyle of 2019 arrived and tried to join in, so I got up to go and wait for my taxi on a stone wall which hurt my bum.  The most galling aspect, I read this pub has been taken over recently, with more emphasis on posh food (so less on ale?) so it probably won't even be in the next bloody GBG.  FML!


Well, that was shit.  But my taxi-man turned up and the best hour of the day followed as pub two was to be my favourite.  He was a top bloke and revelled in the mystery of the 154 bus, I got him feeling the rage on my behalf.

Cromford looked cute, had a canal or something and a very Derbyshire small town vibe.  The pub was hidden away down a side street, which was a blessing, as it wasn't overly busy despite the glorious weather ....... 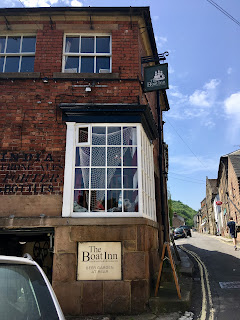 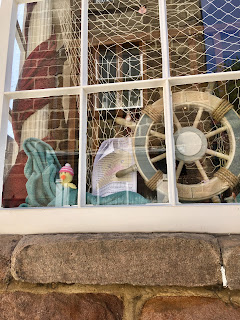 Yes, I was quite amazed to push the front door at the Boat Inn, Cromford (1669 / 2642) and find a peaceful, dark, no frills pub, lined with jowly locals.  It kind of felt like if I didn't go for a beer like Pedigree, I might be lynched so I ordered it loudly and a man with a threatening walking stick withdrew it and nodded sagely.  A slightly lighter but still traditional carpeted area to the right, and I was in heaven, but it only lasted 5 minutes and any hopes of an upturn in fortune were dashed when a multi-generational family crashed through a door behind me I didn't know existed.  "I DON'T WANT A BURGER, I WANT PUDDING!" screamed twild boy, and he found a jelly bean dispenser near me and started rattling it madly.  Mum & Dad walked off in disgust, but Grandma, always the most likely to mollycoddle his twildy needs, called them back and they all sat directly opposite me.  Nooooo, I'd been willing them to bugger off.  So I took my drink outside, and was delighted to see a beautiful beer garden, and I MEAN garden, not outdoor drinking area.  Clean, manicured, stone walls, enough space, shade and sun, not too rambling, yes, if BRAPA does Pub Garden Awards in the years to come, this would be a contender.  Thing was, it was so hot, and I was in the sun, so had to keep moving around my table like a pig on a spit so I didn't get too burnt.  My Pedi was warming up nicely!  "He loves eating rabbit food!" said an old woman of her dog, and she saw me smirk and write it down.  "Sorry, not putting you off your drink am I, he eats horse poo aswell!" she added, in BRAPA Quote of the Day.  I wrote that down too.  The other lady was embarrassed and told her to drink up.  "Come on Jim!" the mad one says to the dog on the way out.  "He's called Bob!" says the other lady shaking her head despairingly.  "Ahhhh, that'll explain why he's been ignoring me for the past two weeks!"  Quite brilliant. 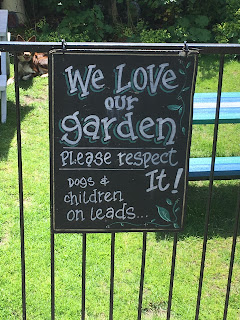 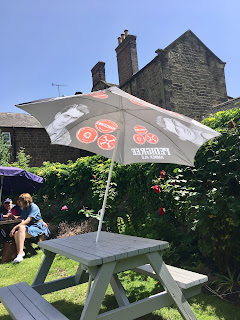 Time to run for the bus, I had this odd sounding place called Wirksworth up next.  I'll tell you about that and the other pubs in part 2 tomorrow night.