Saturday 30th March 2019, half way through my debut trip to Stockton-on-Tees where I'd not been too impressed with either the local Wetherspoons (Thomas Sheraton) or the local craft kitchen they called Hope & Union, named after former steam engine (Hope) / horse drawn carriage (Union)  on the Stockton Darlington line, that famous original railway.

And that reminds me, you can't seem to do Stockton to Darlington direct without changing at Thornaby.  Mr Stephenson would surely be spinning in his grave at that!  But never mind, because now, we were in Norton, just outside the town, and whilst Hyde's Bar had been something of an improvement, its not going to be one to tell my illegitimate Cornish grandtwids about in the year 2050 when I tick off my final BRAPA pub and 'declare' (and subsequently get haunted by two ghosts called Taylor and Mackay).

I'd not even enjoyed one of my three pints yet, though a week of drinking Lemsip Max and snorting Vix Vaporub had damaged my (delicate) somelliesque palette.

"Your traditional local" seemed quite a bold statement for a pub in the year 2019, but by gum, they weren't kidding.  Even wall to wall fake bookcase wallpaper in the delicious main bar was for once, easy to ignore in the splendour of gaffer taped bench seating, a small ale range you'd heard of, warmth, and a gentle hubbub of north eastern accents on the wind.  For pub traditionalists like myself, my Dad, and dare I say it, all three of the assorted Irvin family, this was a breath of fresh air - and in some ways, it probably had the stalest air of the lot.  I'll say this before and I'll say it again, Tim Taylor Landlord is a risky pint to order.  More expensive than most ales, get an averagely kept one and it can be a disappointment but get one kept in perfect condition (as our good friend Christine Andrew says) and you will struggle to do any better.  Thankfully, that was the case here today.  Don't let me pretend 'beer' makes little difference to me, a good quality versus average quality pint is going to seep into how favourable I view every other aspect of a pub, usually subconsciously.  Tempted to call it "the thinking northern man's Bass" for added controversy but I'll get banned from ever finishing Derbyshire & Staffs and 500 former Twitter followers will come to York with pitchforks and Bass lanterns.  On speaking with Tom about other pubs in the area I needed to do, we touched on Thirsk where I had a new tick.  One for the way home?  Well no, because it is a long walk from Thirsk Railway Station to the town centre.  "A Thirsky Walk?" said Dad, "I thought she presented Newsnight".  Oh, how we laughed.  Sort of.


I decided I liked Norton, though it won't be long before the first Micros come calling if they haven't already.  I'm predicting this one ...... 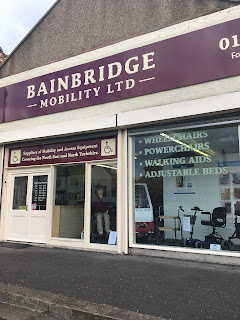 Back on the bus, Dad was keen to show he'd got decent value for money, imagine what a "Megarider" would get you ........ 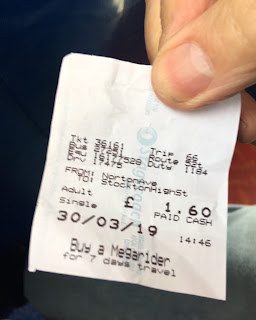 Back in Stockton, Wasp's Nest was what's next (tongue twister) and it had finally opened.  Hurrah!  Thus ending Tom's vague hopes of getting me out to Billingham to do the Catholic Club or Seaton Carew for a gin-based pre-emptive.  That's one for another day.

I have to say, not only did the pub look like a private house but the blackboards spelt out BRAPA danger............ 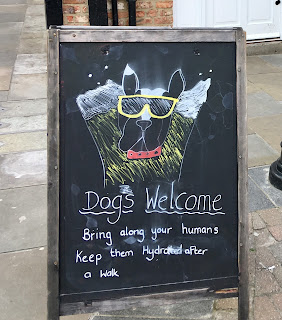 But one problem, where had Dad vanished to?

"What kept ya?" said Dad as we walk in, for he'd found some secret hide door only special people are aware of.  "That was amazing Dad" I replied, "I'll have a pint of that Mercy".  "I know" says Dad, "I've already ordered you one" and the barmaid looks at him with a mixture of wonder and fear, like some pub savant God has entered the 'Nest for the first time in their history.   The pub itself is suffering a bit from what we know in BRAPA circles as "fifth pint of the day syndrome", the one I struggle to recall the least, though doing itself no real favours with a rather upmarket blandness I'd found across the road too.  The ale was very good, and the building did have a bit of atmosphere, in a clanky 'Marley's Chains' kind of way.  My emergency beer mat was inevitably required.  Perhaps no surprise our conversation lapsed into deep fried aubergines and chia seeds.  Dad did his best to save the situation, for Bernie at least, as they had a Doris Day singalong session on his iPod.  "Gawd, get a room you too!" says Chris, who like me, probably prefers Sentimental Johnny by Flogging Molly to Sentimental Journey.  And now I've mentioned her in my blog, she's bound to die.  It happens.  Cyrille Regis, Leslie Grantham, Chas Hodges, Barry Chuckle, I've killed 'em all.  Time for the last pub.


In the true Stockton spirit, our final pub was tucked away, didn't sound particularly old school, and took some finding .............

And so it was, at the 4th time of asking today, a Stockton pub I can put my hand on my heart and say I genuinely enjoyed.  True, you never expect it of something classed as a 'micropub', but the hustle and bustle, truly pubby atmosphere and happy sense of well being marked this one apart as being a little bit special from the off.  My state was a bit hazy by now, and I must admit, I looked at the World Map on the far wall and shouted "LOOK, CORNWALL" which was technically right because if you squinted, it was there.  I drank this pretty decent ale called Dead Man's Chest or something, fitting cos it was worth noting 'Golden Smog' is probably the best pub name ever, and close to the Everitt heart, as Dad's  Dad (Desmond, not a West Indian hairdresser), his Dad (Gerald) and his Dad (Gerald snr) all lived in the South Bank area of Middlesbrough where chemical chimneys caused smog and crazy coloured skies, bronchitis was on trend, and no wonder 'Boro folk are 'smoggies' or 'smog monsters' to the wider UK.  And here was I with my chest infection today coughing up all manner of colourful shit, it was poetic phlegmy justice following in my family's footsteps.  And okay, so I've gone off topic cos I can't remember much more that happened, we stayed for an extra half (H!PA, see below), and then ran for that Thornaby train, still unsure whether Stockton railway really is actually a 'thing'.   But an enjoyable way to end a rather mixed day!


So there we go, join me tomorrow evening for the month end review.  And then we'll get into our anniversary celebrations, so put the champagne on ice, we're going to Bedford twice!