"I thought you were on the wrong train for a minute .... I misread your ticket as STOCKPORT!" says the jolly train guard on Saturday morning as me and Dad weave our way towards Stockton-on-Tees.
"Ahahaha, imagine?!"  we reply, though it wouldn't have been a terrible mistake to make.  After all, after Russian Bots in Pretty Frocks and Supermarket Serial Killers from Suffolk, Stockport is home to the third highest BRAPA readership.

I'd had a chest infection / man-flu all week (which I don't like to talk about), but it led to an interesting conversation with Dad that my snot / chest contents could be displayed in those little jam jars that boring pubs like to use for beers, to chart my recovery.

After a quick change at Darlo', we were soon at Thornaby, 38 minutes until the next connecting train to Stockton-on-Tees.  "You could look on your GBG App and see if there is a 10am opener nearby" suggested Dad, and I was shocked, no SHOCKED to notice our Stockton pubs were only a ten minute walk!  Well, well, well.  I'd left Tom Irvin in charge of today's proceedings (always a dangerous move) and he MUST have realised this!

So we crossed a bridge which seemed to divide North Yorkshire from County Durham and were soon approaching our first pub, a Wetherspoons no less, much sooner than we could've anticipated. 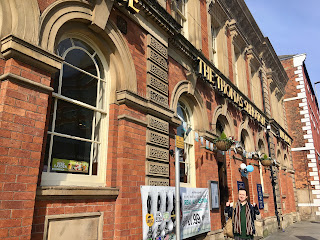 Dad's view on 'Spoons has been improved in the past few months by a series of strong efforts, from Sutton's Moon on the Hill to Boldmere's Bishop Vesey, but this was a bang average experience by the time we left over half an hour later.  We walked in to a sea of pale blue and white balloons, and I thought we were in some Argentinian appreciation society until I realised it was one of those 'Spoons Beer Festivals.  Perhaps the high number of ales on explained why my Fyne Ale (normally a great brewery but far from fine today) had a horrible chemically twang.  Though credit for the barmaid (who could've been anywhere between 20 and 60 years old) for being smiley, perky and kind.  Finding a decent seat with no dirty breakfast plates seemed an effort, but we ended up in a quiet booth until we were invaded by crayon wielding twild-life and families with buggies from all angles.  Dad praised the booths for having high-backed glass partitions for added privacy, but soon decided he'd rather they were made of concrete and steel!  By the end, I was hoping the ghost of cabinet maker extraordinaire Mr Sheraton might appear to build us one to hide in, and with no sign of Tom or his parents arriving any time soon, we decided to look for an 11am opener. 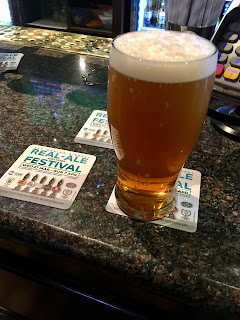 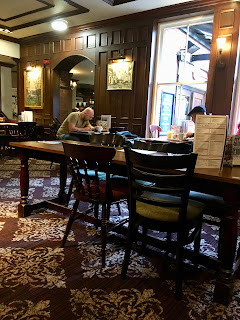 If I'd had my wits about me enough to realise our next pub was listed under Silver Court instead of Silver Street, perhaps we wouldn't have been walking around for 15 minutes in a circle looking for it!  I'll blame the man-flu.

Oh well, it was a sunny morning and Stockton seemed a good sort of place.  It had that typical 'North North Yorkshire' Market Town feel about it, yet with perhaps just too much of a smattering of modernity to make it a classic.  A prominent Yorkshire Bank AND a Virgin Money?  Woah, I could end up getting relocated here! (I won't be welcomed with open arms if they read these next two blogs).

'Twas a bit like a pious town planning couple from Newport Pagnell and Milton Keynes had been sent to Stokesley and Northallerton on a fact finding mission, got drunk on gin and prosecco, and designed a new town in their now addled image.

Finally, we wandered into the twee, shiny Silver Court, full of hairdressers cooing at toddlers, and found our second 'tick' of the day ....... 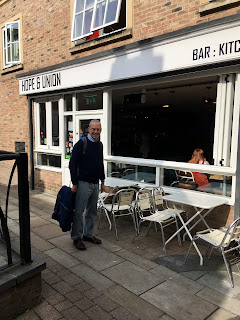 Dad was straight off to the loo (for a rare BRAPA number 2, a real collectors item - not literally),  and I had a patient wait as the barmaid struggled with the modern technology of trying to use an iPad with rubber buttons stuck to it as a cash register.  I nearly made an Arkwright cash till reference, but thought she mightn't know what I was on about.  And when I offered the extra 10p for a £7.10 round, she declined, perhaps on the basis it might make the whole machine explode!  I then had an extra wait to see how long it'd take her to top up the ales, which were refusing to settle.  She did one, eventually.  Where to sit was the next problem is this slightly clinical and chilly Craft Kitchen, for the larger tables all had 'reserved' signs as a portly Ross Noble brought out clean looking breakfasts.  If Dad wasn't enjoying his Cameron's Strongarm, my 4.9% stout didn't seem right, but I may've blamed my man-flu (which I don't like to talk about) if Tom hadn't arrived with his parents, Chris and Bernie, who described same beer as tasting like "dregs of the grate of a fire".  Not sure it was even supposed to be smokey.  The artwork and decor was quirky and 'fun', as you'd expect in a Kitchen type place like this, but despite the barmaid cheerily wishing us a good day on the way out, I can't say I enjoyed much about this one.


Just across the way was another GBG entry called the Wasp's Nest which looked in a similar vain to the Hope and Union, and we soon learned that trying to say "what's next?  The Wasp's Nest!" is a tongue twister of epic proportions.

I was then forced to apologise to Dad for ranting at him for leading us the wrong way to this pub (actually pretty much opposite where we'd just come from) when he was right all along.  My GBG said 11am opener, Tom suggested 12 noon, in any case it was now well past 12 noon and the pub was showing zero signs of life.

Tom, cunning fellow he is, tried to use this as leverage to get us out to Billingham instead, but a tired irritable ill Si wasn't for turning, so we stuck to the script and decided to get out to Norton.

We narrowly missed two buses (buses in Stockton always arrive in two's just so you know) so I had a wee down an alleyway where I found 'Brad's Bar' .....


"Martin walked it" said Chris Irvin on the Stockton to Norton journey, looking at me in an arms folded pointed kinda way.  "Yeh, well Martin Taylor does a lot of things....." I replied, but didn't really know what.

True, we could've walked by the time the bus had crawled into Norton for the first of two pubs.  Me and Dad had got a different bus behind the other three just to be contrary, everyone was Dotty about Stockton.  We nearly overtook them, which would've been grand, simply cos I wanted to stick two's up to Tom!

Google Maps stressed me out by displaying no blue dots for the bus stops, which I'd only seen previously on my holiday to Isle of Man, so I knew we were entering a quality rugged part of the world, albeit with some fine Georgian Houses. Our first pub was sort of on a roundabout ...... 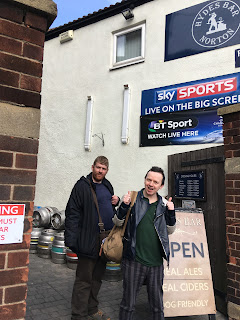 Of course, the big Sky Sports banner suggest 'trad. boozer' but despite being a slight upturn in fortunes, this was once again a modern effort, with knowing exposed brickwork, hanging skeleton and a slight chill in the air which may or may not have been felt more due to my man-flu recovery I don't like to talk about - I was flagging more in this place than any of the other pubs today.  A friendly landlady greeted us, as did a local with an element of Steve McLaren and an excitable, but I thought 'nice', dog.  But as Bernie and Chris shaped to bend down and stroke the canine .....  "DON'T BEND DOWN, HE'LL HAVE YOUR FACE OFF!"  Good grief, wasn't expecting that.  "Why on earth would you come from York to Norton to have a drink?" asks SM, shaking his head in bewildered manner, which ordinarily would've led me to BRAPsplain him to death, but I had no energy for it.   I came back from the loo to find our group having a Michael Parkinson appreciation conversation.  I said I couldn't stand the guy, but they told me back in his early days, he had no ego and was all about the guest and a good interviewer, so I had to believe them!  My ale was called 'Ruby Ruby Ruby Ruby' a local brew, I got it as a tribute to Everitt family cat Ruby who died recently, very sad.  It was the third ale in a row I hadn't enjoyed, tasting like something a West Cornwall home-brewer would make in a surf shack.  Sadly it wasn't the tribute I wanted for her! 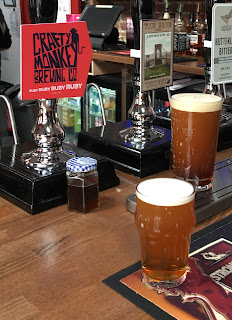 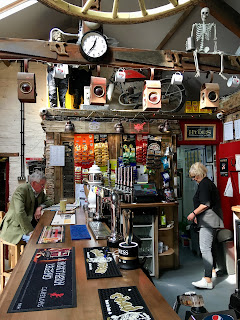 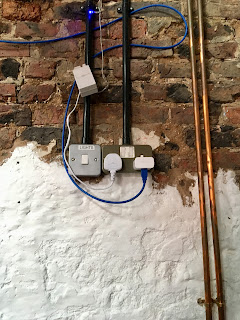 So I think it is fair to say it hadn't been the most enjoyable set of GBG entries so far, but three still to go.  Plenty of room for improvement, and improve it would!  Better beer, better pubs/bars.

All will be revealed in Part Two tomorrow!