From John Bunyan, to funny onions, I continued my march through Bedfordshire last Saturday, to see what kind of pubby delights awaited me next.

From Odell, it was a shortish almost picturesque walk to nearby Carlton, where the buses actually stopped hourly which made it a sort of interchange metropolis in North Beds terms. 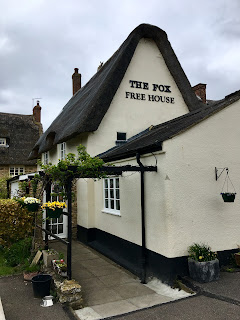 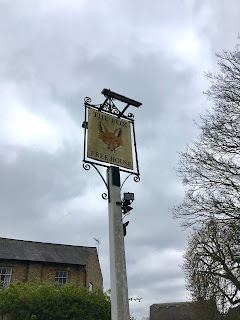 Thatched, smart, low beams, a bit dining, but a more than pleasant place to just sit and enjoy a pint, with own branded beermats, this had a very similar ethos to the Bell in Odell before it.  To prove we were in North Beds, close to the Northants border, it had one of those old fashioned skittles tables.  When I went to the Sun in Felmersham a few years back, skittles dominated every aspect of the pub, but this board was more like a museum relic hidden by the toilets in the less atmospheric right side of the pub where four Prince Harry types drank lager.  A posh old lady, very much the hero of the hour, we'll call her 'Vida' for that was probably her name, ordered fishcakes.  A stuffed fox lurked behind her looking like some rogue Basil Brush relative.  A bloke told a story that began "Once I went to Leeds...."  The barmaid noted my GBG and asked what my game was, but she had work to do, so my BRAPsplaining was destined to fall on deaf ears as she disappeared back around the bar until the couple next to me told me they were original 1974 CAMRA members and used to go round the pubs of London.  "Bet it was hard to find real ale back then?" I ventured, based on 'stuff I'd heard', but they said no, it was quite easy.  The wife was quite nice, the hubbie a bit edgier.  Told him about my bad experience in the Bear in Bedford, yesterday.  "Queers Pub!" he growled.  So that's cleared that up then(!)  After a bit of a lull in conversation as I started to think about catching my bus, he barks "SO, YOU'RE A BIT OF A LONER THEN!'  Well, it surprised me a bit, awkward silence as whole pub turned to look at me, the loner.  "I've got friends and family!" I protested.  "Course you have" says his wife.  I'd just been through why pub ticking alone is better than with other people there to distract you, stop you observing, stop you talking to locals.  Was he not listening?  Agh, time to catch that bus!


Bit of a quandry now as my bus was actually stopping at Pavenham, where my final North Beds tick was waiting.  However, if I did hop off here, I had THREE hours to wait til the next one, or a probably expensive taxi back to Bedford.  So knowing Beds isn't an 'in scope' county like say Derbys and Cornwall, I decided with slight heavy heart to give it a miss on this occasion.

Instead, it was back to Bedford for a connecting bus to the south east of the county, in that Arlesey Biggleswade part of the county.  After a painful 40 mins of so, I arrived at Clifton. 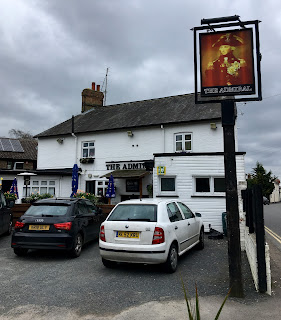 A pub that promised a lot but didn't really deliver, this was a lot more your classic drinkers pub than the slightly upmarket North Beds duo.  And it started fantastically as the barmaid complimented my red leather jacket, which hasn't happened since the Golden Pheasant in Biggleswade - oh yes, they love their red leather jackets in East Beds.  She certainly had something about her, and explained the gaggle of male bar blockers keen to engage her in conversation, though am sure one called her Lucy Lube which I'm not sure is her official title.   As I 'enjoyed' a pint of some uninspiring XT shit to evoke memories of mid Buckinghamshire, I glanced up from my side table to see a random depiction of Blossoms pub in Stockport (it said it is in Cheshire for Mudgie bonus points), still on my list to do!  Proof you cannot escape the influence of that top pubby town wherever you are in the UK.  The pub felt like it was built for lazy Saturday afternoons glancing up at the football scores on Gillette Soccer Saturday, but the sad news Hull City were losing at home Reading (the 92nd most interesting team in the football league) hit me hard as I nursed my pint, before shuffling off at half time saying goodbye to the Lucy appreciation society. 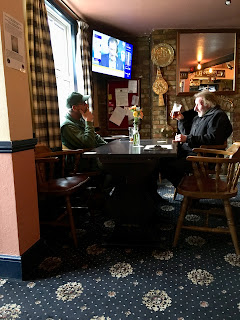 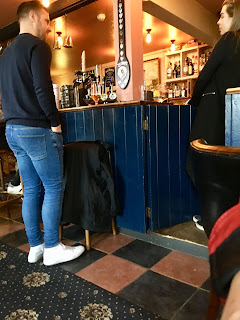 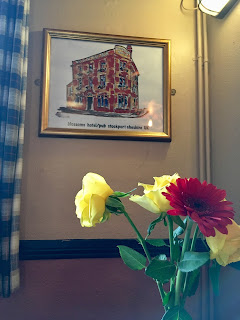 The plan should've been simple, a short walk to Henlow for the next pub.  But the GBG likes to slightly mislead you, and this pub was actually in Henlow Camp, two very different things, about 3 miles south, so I was lucky I managed to pick up a bus. ..... 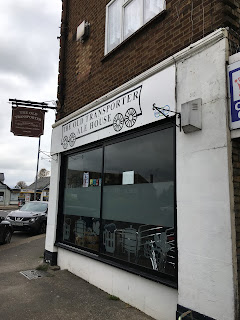 Perhaps Beds original micropub, certainly still a rare example of one in the county, it had all the hallmarks on arrival with a jocular middle aged crowd enjoying difficult to see beers straight from the barrel.  A suspicious bowl of cherry tomatoes stared menacingly at me, but I was getting peckish so nice to see a selection of 'filled rolls'.  "You can't go wrong with a beef and onion roll" I said to myself, but little did I know.  A ridiculously crusty to the point of being burnt cob, the thinnest sliver of corned beef, and a huge butt of onion like you'd find in a pig trough, this was actually the worst filled roll I'd ever bought in a BRAPA pub.  I thought wistfully of classic examples at pubs like Waggon & Horses, Stourbridge or Jewellery Tavern in Birmingham and shed a tear (but it could've just been the onion).  A 'professional Northerner' (every self respecting southern micro has one) walked around with darts trying to chat to people who didn't want to, asking who they'd bet on in the Grand National (I was surprised, I thought it started at 3pm or something and would've finished by now).  He turned to me to reveal a shirt with that weird lamb logo on.  Preston.  It explained a lot.  I checked the football scores, Hull City were suddenly 3-1 up!  Then we all had to be quiet as attention turned to the horses,  well I just knew Tiger Roll would win after my experiences here, a lady behind me nearly fell off her chair in the excitement, my ale was great quality, I'd somehow ended up really enjoying it in here! 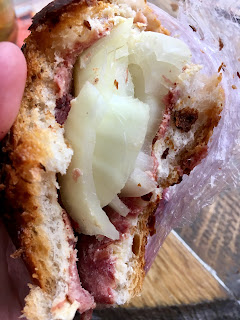 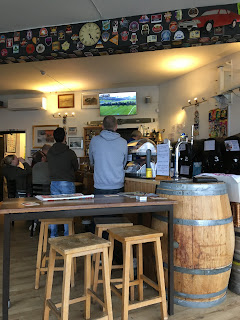 A bit like the Pavenham conundrum earlier, Stotfold was my other required pub in this part of Beds, but sadly, not on this bus route.  In truth, it is only really compatible with Welwyn Garden City, so perhaps I'll mop it up as part of my Hertfordshire ticking in the coming years.

Speaking of Herts, a good way back to Bedford was via Hitchin, which had a GBG entry so this seemed a sensible place to end today's ticking. 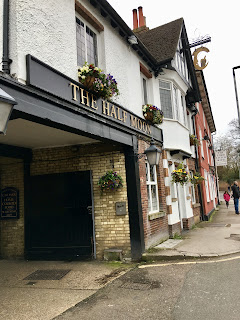 Even though it is a BRAPA quirk that the 5th pub of the day is always the hardest one to recall, and my specific details of this pub are a bit sketchy, it is fair to say it was quite fantastic, having a superb community happy hubbub, and loads of proper beer drinkers, the men were all square and the ladies triangular.  The kind of pub where you might sit down at a table and think "ah, this is nice, a bit of personal space" but it wouldn't be long before a group of 4 blokes with bellies with their own postcodes will ask if they can join you with their miniature transgender dog (Danny or Fanny, it doesn't matter, it is 2019 #WokeSi) sniffing at your feet.  My Mad Squirrel Red Ale was a cracker, and I thought we'd been invaded by Norwich City fans (ugh, top of the league, they get everywhere!  I thought) but shamefully, I hadn't realised Hitchin Town play in green and yellow til I went to the bogs and saw a poster.   Wish I could tell you more, but trust me, you need to visit this one if you haven't. 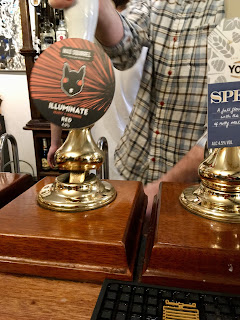 Getting back to my Goldington Travelodge took a lot longer than expected when I tried to be clever and jumped off the bus early meaning I had to walk through Priory Country Park where I could've easily been murdered in the menacing Bedfordshire dusk.  Oh, and don't give me any of your River GREAT Ouse nonsense, there's only one River Ouse and that is in York so there!

It was off to North London tomorrow so I had to psychologically prepare myself for that.  Virtually impossible, as any of you who have been to North London solely to tick off pubs will know, but it'd prove to be amusing.  Join me on Sunday for tales of that one, but now for bed as Essex awaits  tomorrow!  Phew.