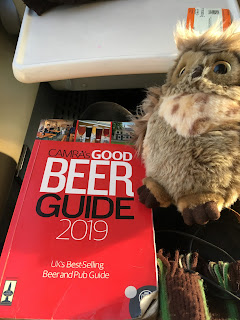 35 new Good Beer Guide pubs were visited in the name of the British Real Ale Pub Adventure in March, which I'm pleased with on the whole, averaging over one a day which is always a decent result when you are working full time in a month with no real holidays to speak of (well, two for Norwich).

I finally kicked off Derbyshire in some style, with 18 of my monthly ticks being in this county.  Whether it was a highly motivated landlord giving me a lift back to the railway station (Royal Oak, Ockbrook) or a crazy lady brandishing a nit infested comb (MoCa, Matlock), it is fair to say I'm really viewing Derbyshire as one of the stronger counties I've done in the UK, and plenty more where that came from between now and the end of the year!


We got a couple of bonus football trips in too.  Beeston was a strong ale town in Notts, and Norwich reminded me how much it actually has to offer after a little bit of a slow start.  I even got a BRAPA article in the Eastern Daily Press, the only Norfolk newspaper you could possibly want to read.


Even outside of BRAPA, pubs remained reassuringly weird.  Check out this scene from L**ds Packhorse - proof you should really check what your friends are wearing before a night out ..... 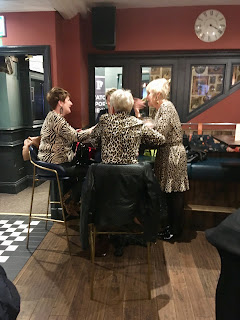 And talking of L**ds, it was great to catch up with John Depeche Modem in Whitelocks, that most wondrous of pubs.  Perfect time to show me his gammy leg had improved immeasurably since Darlington in November ..... 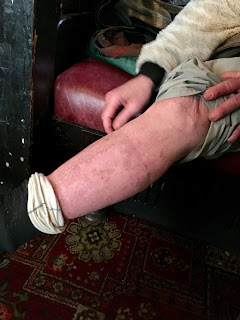 But it wasn't all shits and giggles as we said R.I.P. to Everitt family cat Ruby on the 20th, she'd been suffering from lung problems for the past year or so.  Here she was helping me research a complex GBG trip at a family barbecue a three years back ......

And looking very human and a little bit Nazi in this selfie ...... 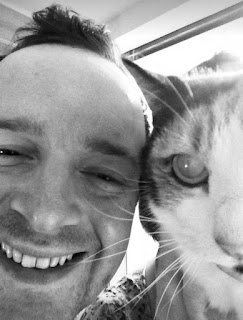 Hard to pick three pubs of the month because the standard was so high, but I'm going Royal Oak in Ockbrook, Crown in Beeston and Thorn Tree in Matlock.  So many honourable mentions, for a more modern effort, you can't get much better than the Playhouse Bar in Norwich.  The Golden Smog in Stockton-on-Tees was a great micro, as was Knave & Kestrel in Hoyland.  The George & Dragon in Norton served pint of the month with a perfect Timothy Taylor Landlord.  Once it opened, the Speedwell in Staveley was a cracker.  Horse & Groom in Scarcliffe likewise, and Clowne Club was really good too.  Heck, I haven't even mentioned Jubilee in Norwich, post-match bliss personified, even after a defeat!


Doesn't leave me with much to criticise, but I really didn't see the point of the existence of Arkwright's Real Ale Bar in Belper.  Hope & Union in Stockton-on-Tees was more a case of 'not my style' but poor quality ale and a chill in the air didn't help!  The Old Dog in Thorpe, rural Derbyshire, was a bit of a horror show, and the Okeover Arms in nearby Mapleton was a bit surly so didn't impress either.  The Plough in Norwich just about escapes the bottom three but was quite lame.

The excitement is building as Friday (5th April) sees the 5th anniversary of BRAPA!!

I've booked two days off work (should be 'life-event' days they give to people for things like weddings and funerals really!) and am returning to the county it all began, Bedfordshire, to celebrate.  No one has celebrated anything in Bedfordshire before, so it's a concept.

In the build up, tomorrow we'll have a 30 question multi-choice quiz for you all so you can see 'how BRAPA you are'.  And on Thursday,  a trip down memory lane as I finally write a proper blog on those first two days of BRAPA back in 2014 using 'contemporary sources' from the time(!)

Once all that is over with, I'm making a rare trip to Essex on 13th April, I won't reveal where yet - Hull City are away to Middlesbrough so it seems the logical place to go.

On the 19th, which is Good Friday, I'm in West Bromwich, and then hot footing it straight to Manchester Punk Festival where I'll hope to get some local ticks in between the moshing, pogoing and anarchy or whatever we punx are supposed to do.

A week after that, another overnight extravaganza, this time in the Swansea area.  Me and Dad are determined to milk our final away day of the football season for all it is worth.

Friend and top BRAPA strategist Tom Irvin said something I found very instructive (he has his moments).  He says, "Si, rather than do your remaining 7 Sheffield pubs on Friday nights, why don't we save them for a Hull City away game next season, after all, we might be playing the Pigs AND the Blunts)."

Good strategy, and got me thinking is any of Derbyshire possible on a Friday night?  Dronfield?  New Mills?  Ilkeston?   After all, the saddest thing about April is I have no Derbyshire Saturdays planned and is it is my 'in focus' county, ideally I want to crack on.  Having said all this, only Fri 12th April is possible due to other trips!  Phew, who'd be a ticker eh?

I'm looking at over 40 new pubs for the month of April.  Come on, we can do this! 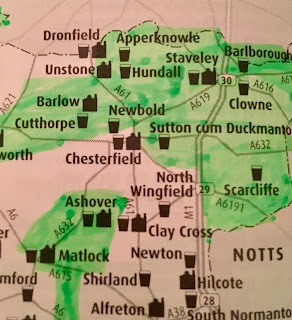