Better late than never eh?  Even if it is nearly September.
As we've made it to the end of July in my 'Surrey Holiday' blogs, I thought tonight we'd break off briefly to have a quick look back at July 2020, a important month in pub history!
Isn't it crazy to think from 1st-3rd, the pubs weren't even open.  Seems so long ago that I nervously left my York home at 9:55am on Saturday 4th July, and walked the five minutes or so to The Mount, a  Marston's house which had never exactly convinced me in the past.
I was so nervous.  Some people were expecting something akin to Mad Friday before Christmas, combined with an England World Cup game in a Sports Bar on a baking summer's day.  A few suggested this might be media hype, and the reality of that first day back in the pubs might be a well damp squib.  Or 'damp squid', if you are Mummy BRAPA.
Relieved when the latter prevailed, and that first pint back will live long in my mind, closing my eyes and taking that first sip and opening to see the pub peering at me, laughing.  The camaraderie with staff and the handful of other customers was the kind of interaction I'd been missing since early March, and it was heart-warming.
So encouraged was I by the experience, that BRAPA officially returned a week later on 11th, with a trip to London.  It might have seemed a long way to travel from York, but the amount of larger 'chain' pubs I needed plus the increased likelihood of them being open and organised swayed my decision.
That inaugural first 'tick' back was the Colley Rowe Inn, Collier Row , a Wetherspoons a short bus ride from Romford.  It was also significant in giving a debut to new BRAPA mascot, Colin the Cauliflower and the whole day went hassle free, the pick of the pubs being the King's Arms near London Bridge, though Twitter was more excited by the fact I drank a pint of Harvey's. 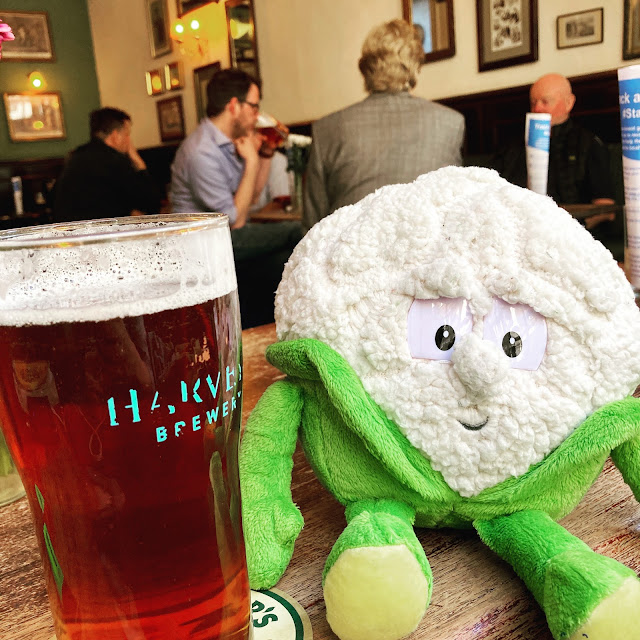 Eager as I was to keep the BRAPA momentum going, some things are more important than even BRAPA, and that is family & friends.  Aaaaaah.
So the following Saturday, a group of us met in Hull for a little pub crawl.  It was a first trip out for most, including Father BRAPA, the decision to 'let him out' not universally popular in the Everitt household so I had to help keep him 'outdoors' where possible.  We met the masked Tom 'Zorro' Irvin and occasional Hull City hero Ben Andrew at Furley & Co for pint one.
Today felt more like 4th July, Hull stricter than York and London had been.  This was possibly due to the fact we were a group of six, but also the more modern 'crafty' venues.  Furley's staff were great.
We then went to a pre-emptive tick for me, Brewhouse or Beerhouse or something where we met Christine, who you'll recognise from many BRAPA trips of the past, and sister Lizzy (not a nun), the only person I know who can straddle Scunthorpe and Chorlton with an air of nonchalance.  The downloading App and table service only set up in here seemed crazily complex for a guy born in 1979.  But it was something I'd get a little bit more used to over the coming weeks.
Ben & I then went to a post-emptive, Atom's Brewery thing, which can you believe was in the original 1974 GBG when it was known as the Corn Exchange?  It was a bit dull but good beer.
We caught up with the others and finished at the beautiful White Hart, heritage joy and great ales. Again more table service and I did a quiz which am sure was a success but I felt a bit drunk on the train back as I kept ordering these murky drinks without looking at percentages, but a coffee and kit kat sorted me out.
Here's some highlights from the day as I never blogged at the time ....... 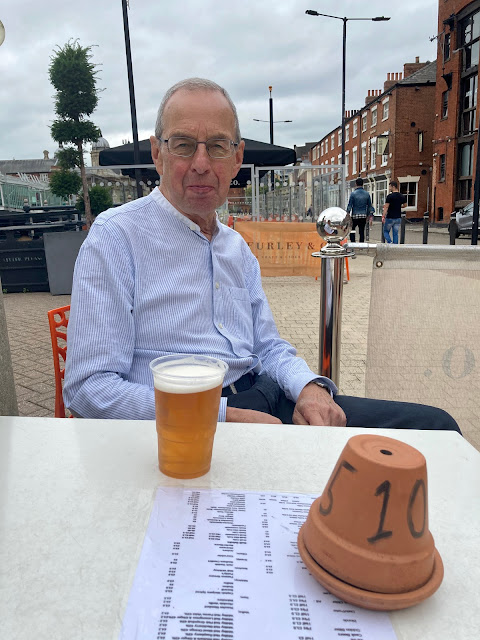 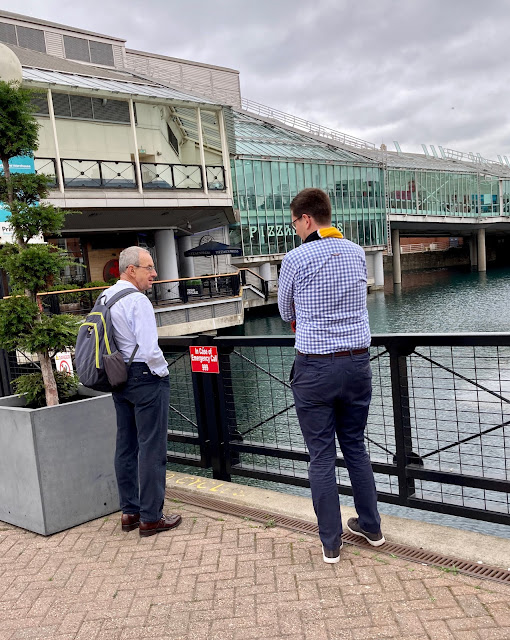 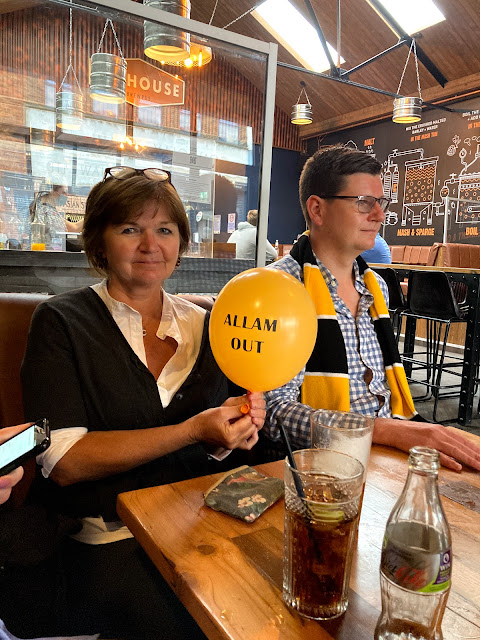 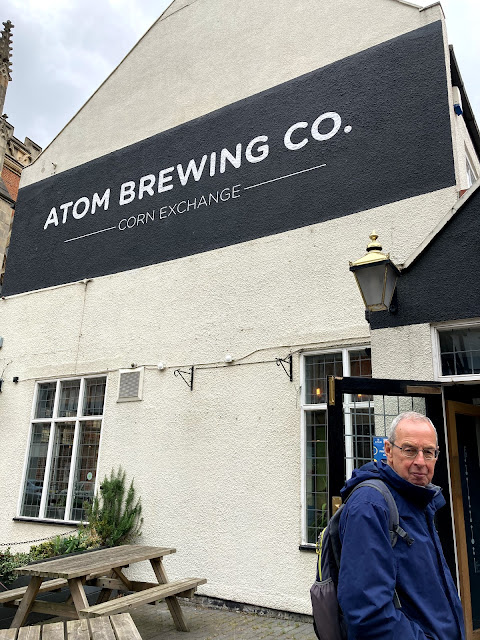 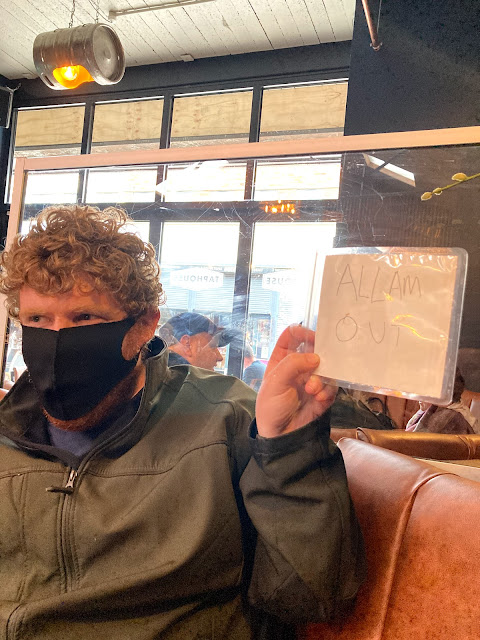 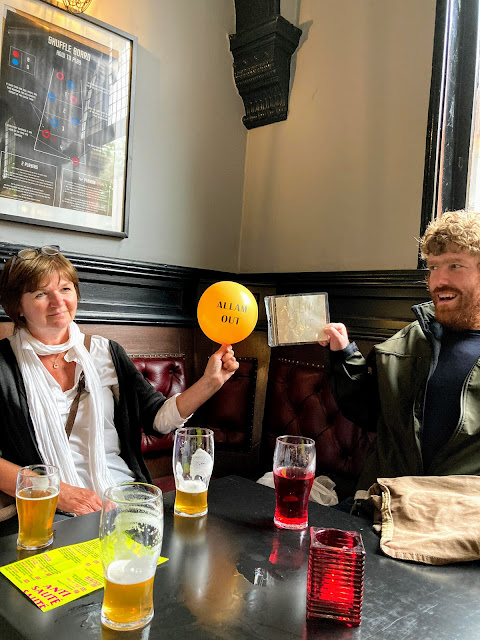 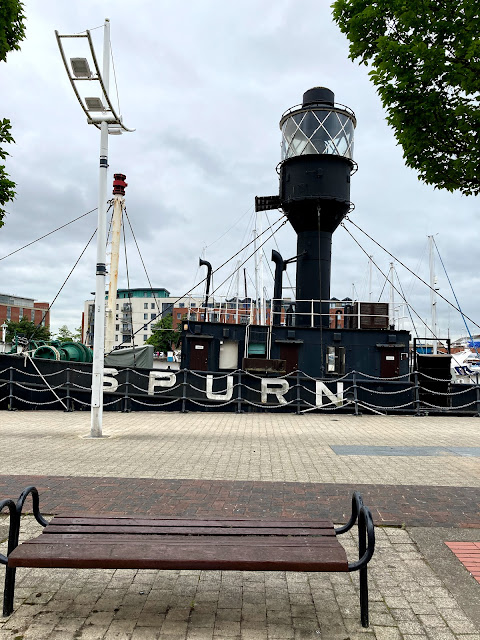 Another 'pub return first' followed on the Tuesday, as I met a friend for a pint in York in what seems to have become my 'go to' York pub of these difficult times, the Fox.  It is a stunning pub with the biggest and best garden in York, great staff, and amazing ales like Silver King, Excelsius, White Rat and maybe a stout guest all being well.  It's my fave pub in York of all, only its off-centre location stops it becoming more well known. 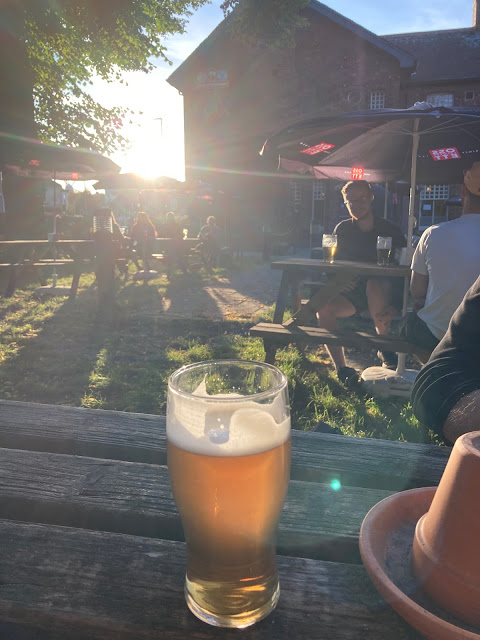 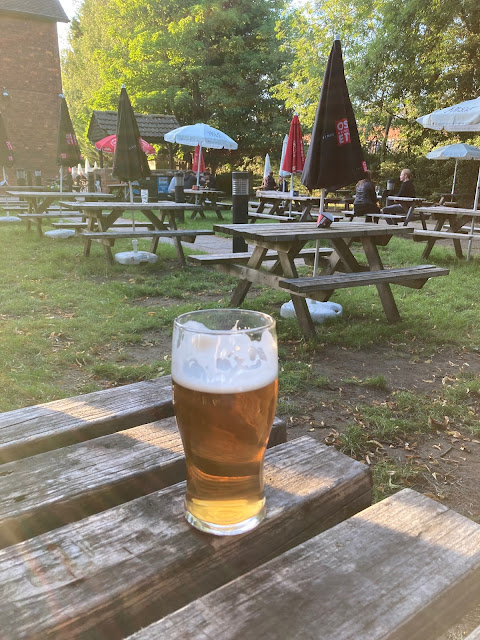 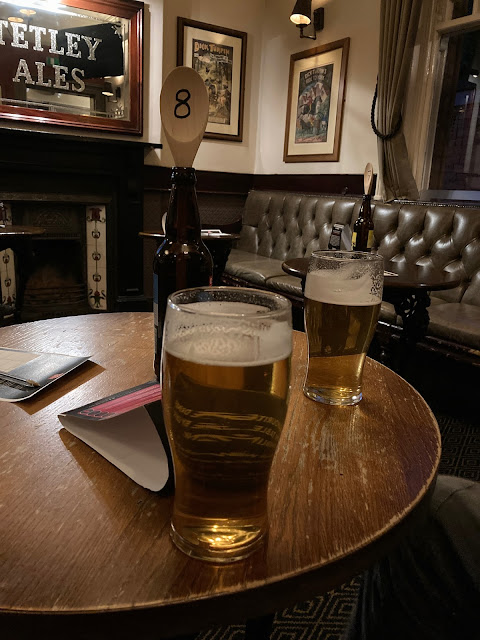 The following Saturday, 25th, saw the start of my BRAPA holiday and as I'm sure you know, I decided to try and crack Surrey.  Every day from then til 31st was a boozy tour of some surprisingly good pubs, amazing weather and welcoming staff and witty clientele.
This all meant I ended up with a BRAPA total of 47, my second highest July total not bad as I'd only done 6 by the 24th!  Hard to pick my faves, but here were 3 of many .....
1. Jolly Farmers, Bramley
2. Surrey Oaks, Newdigate
3. Crossways Inn, Churt
There were so many other very good ones though that I could give honourable mentions if I wasn't wanting an early night at the time of writing.
Although my beer at the Libertine near London Bridge had been poor, the whole experience was actually quite positive and amusing, so the clear winner of Worst Pub of the Month is the King's Head, Ashford quite early on in my Surrey adventure.  It was just the worst of all worlds.  Though I should add, when you only visiting a pub once, there's a chance I might just've been unlucky and it normally displays Burton upon Trent levels of amazement. 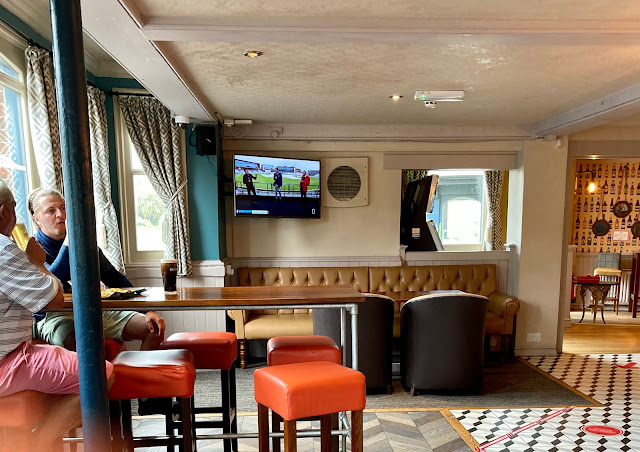 August is all about continuing to keep it simple, and it makes sense to stay 'South East' now for my pub ticking.
Pubs are behaving in the same way as they were on 4th July (and good) so you still need to be checking opening hours, whether booking is required, and just get an idea of general rules before setting out.
Add to that public transport isn't quite normal yet, and it makes pub ticking that little bit trickier.  But as with most things in life, effort is rewarded and once you are sat down with a pint and your friendly cauliflower, pub life feels surprisingly normal, and I can't tell you what a relief that is!
Back to Surrey reviews on Sunday evening,
Thanks for reading, Si
Posted by Si 'BRAPA' Everitt at 9:19 pm