If the walk from Newdigate to Norwood Hill had been high octane, belts & braces, derring do kind of stuff, my second long walk of the day, from Norwood Hill right through the middle of Horley, close to Gatwick Airport and the Sussex border, was more of a tiring, boring, long-winded, sweaty slog.

There were times when the next pub just didn't seem to be getting any closer, though getting stuck behind Mums & kids (who surely have finished school by now?) slowed me down further.

That was nothing though compared with the farcical nature of my arrival at the pub, where I was halted by a very shouty sign in the car park (which I forgot to photograph) which told me to sanitise, check in, read rules, and wait for a member of staff.

If you read part 9, you'll know that I was marched back to the 'sign in table' at Fox Revived when I tried to go to the bar, so (especially as a barmaid in the beer garden had already clocked me) I decided to remain patient here.

Five minutes later.  Cars full of middle aged diners departing en masse.  The first said 'bye'.  That's nice I thought.  The second said 'thanks and bye'.  Don't thank me, but again nice, I thought.  And the third said 'thanks for a lovely meal! Byeee'  So they thought I was some 'staff farewell waving them off' type.  I told them they were most welcome, and tried to look like the lobster thermidor HAD been a huge effort.  But I'd had enough of this, I'm going in ....... 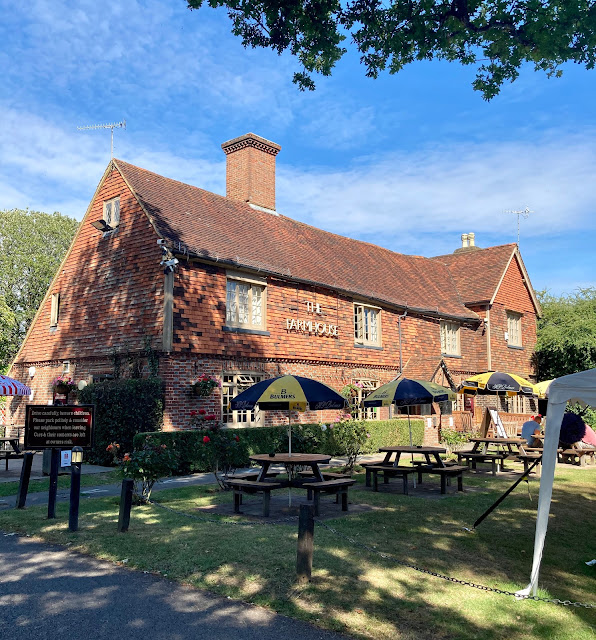 So I peer into the bar area at the Farmhouse, Horley (1785 / 3002) , a more characterful interior than I was expecting, and ask a barmaid behind her unsurprisingly thick perspex screen if I can get served in here.  She says yes, but what I don't realise is a 'humourous' bloke is part way through a round, having temporarily vanished to take drinks outside to his bloody mates.  "Can you stand over there whilst I finish serving this gentleman?" she asks me.  I spin around, to see the guy in question who says "ho ho, you're not pushing in are ya mate?" with a wink.  I tell them both I'm going to stand in the little taped box area on the floor and stop causing trouble.  It gets a laugh at least!  Friends, family and work colleagues keep telling me how they prefer pub service in these Coviddy times.  But I'd point them to examples like this!  I finally get served, the choice is Tim Taylor Landlord or Harvey's, controversial!  I go with TTL, and am delighted it is on good form cos what a cracking beer it is, or should be.  I walk past the bloke and his mates in the pub garden, and he's about to say something else jokey and sarcastic, when I pull Colin the Cauliflower Mascot from my bag and the blokes go quiet.  Nice one Col, bodyguard too!   If there's one thing I noticed all week, Surrey types just cannot handle the sight of a fluffy Cauli.  I just sat and drank after that, suddenly aware how out of breath and achey legged I was. But in another nice garden, a fresh breeze and a bit of sun, I ended up enjoying my Farmhouse time after a trying start.

And I'm glad Farmhouse ended up okay because Horley's other GBG entry left a lot to be desired..... 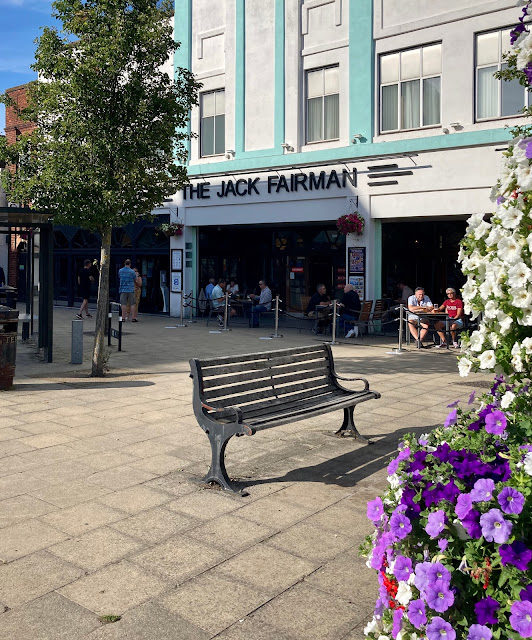 I'd generally been happy with my Wetherspoonies so far this Surrey holiday.  Woking's Herbert Wells had been quite strong, Guildford's was decent too, and Redhill's Sun was 'interesting' with its Old Peculiar and dead people, with all three having lively (if alive) customers and motivated staff and a happy, if slightly wired feel.  The same couldn't be said of Jack Fairman, Horley (1786 / 3003).  I say beer range doesn't matter to me, and it generally doesn't, but when you wander into a 'Spoons and only Ruddles, Abbot or Speckled Hen are on, well it just asks questions of the whole set up.  The staff were quite lugubrious. A couple of customers were middle aged blokes on their own with the kind of coats on that you either open to expose your private parts, or because you have drugs to sell.  I wrote at the time it felt like if a stray dog walked past, someone would grab it and lick its face.  Two chaps though did have an animated chat by the fruit machines, notable cos no one else was talking or smiling!    It was that kind of pub.  Even the carpet felt tired!  I didn't really enjoy my Speckled Hen, but then again my Grandma bought so much of it for me back in the day, I did kinda get fed up of it.  It felt like a 'Spoons not in the GBG, and will be interesting to see if it makes the 2021 edition cos it just felt a bit weak. 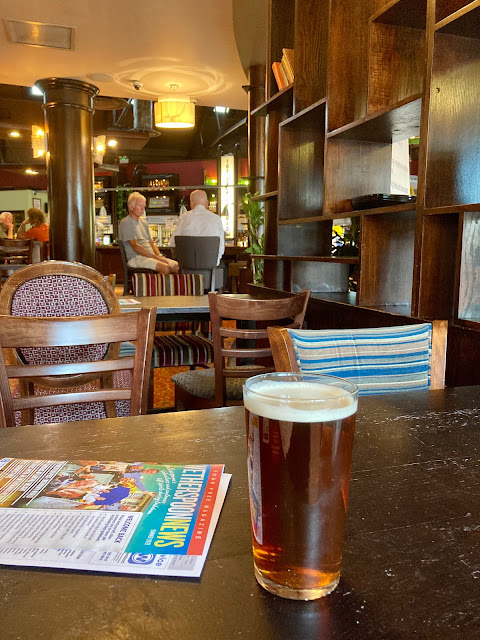 I took a train back to Dorking, and ran across same road I took the bus to the Surrey Oaks on all those hours ago, to take me north to the little outlier of Mickleham.

This was perhaps the most ethereal, dream-like tick of the entire week.  The type you think about in retrospect and are like "did that actually happen?"

The pub had its own bus stop, and a little path to cross this semi-dual carriageway.  You then went up a hill, and then climbed these outdoor steps into a 'secret garden' style outdoor area, the pub built into the hillside, jutting out on my left.  'Twas all quite bizarre. 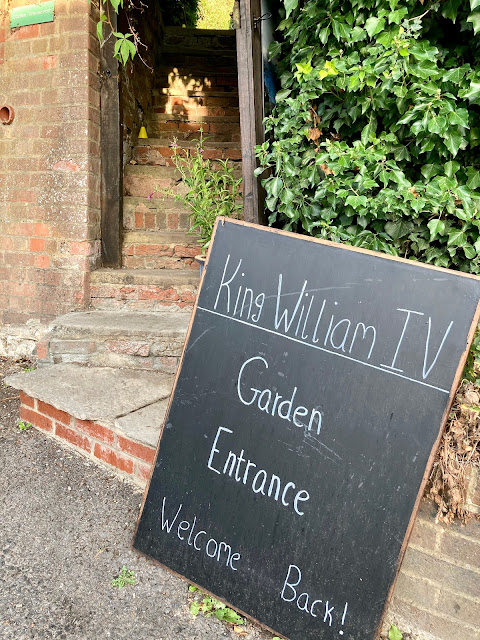 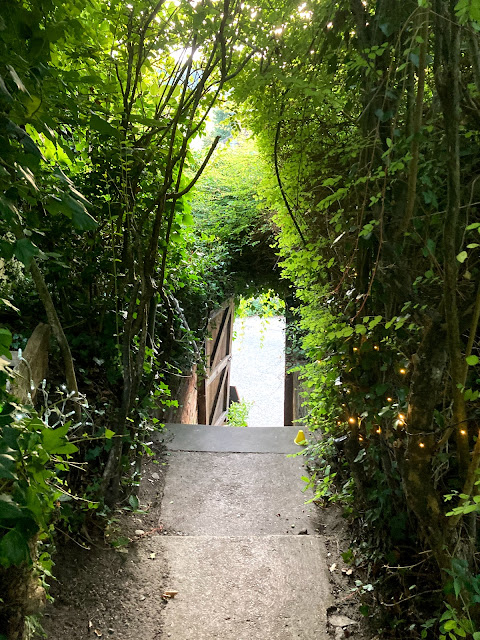 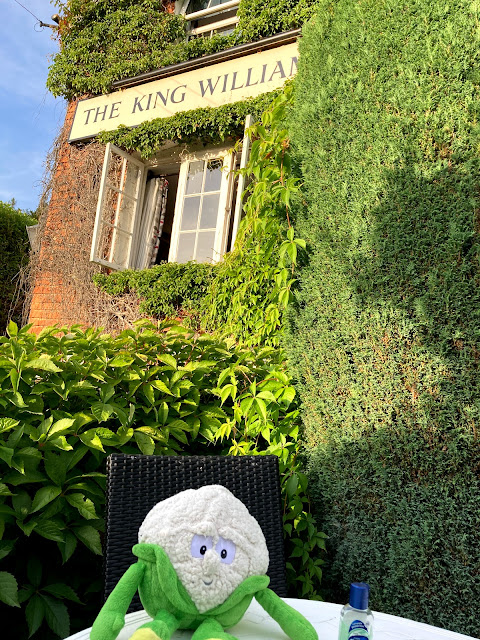 I paused at the the top, where an army of faeries, wood nymphs and elves all wearing pressed white shirts, black skirts and aprons greeted me, all disguised as barmaids and waitresses.  Wow, welcome to life at King William IV, Mickleham (1787 / 3004).  I feel almost obliged to ask if this is a pub and whether a pint of real ale is on the cards.  A moon faced pale skinned creature eyes me curiously, and just when I thought the scene couldn't get any leafier, I'm encouraged to take three side steps to the left and then reverse into this leafy snug.  It is like being in an episode of Knightmare, and the film Labyrinth but with less Evil Bowie and sexier Treguard.  I feel overly demanding when I ask if I can pay NOW and if she can direct me to the toilets, which I'm not surprised to learn takes me through the garden, over a bridge, turn left, then right, and they are in a corner you cannot see with the naked eye.  Surprised there wasn't a witch playing oboe stroking a goat.  I spent a lot of my Surrey pubtime in beer gardens, but it's never occurred to me until writing this now that King William IV probably has an indoors.  I wonder if it is just as odd.  The Crafty Brew was top quality, an annoying loud man carried two mountain bikes into the garden to try and ruin the atmosphere, but it reminded me where the exit was, and I left, happy but shaking my head in utter bewilderment. 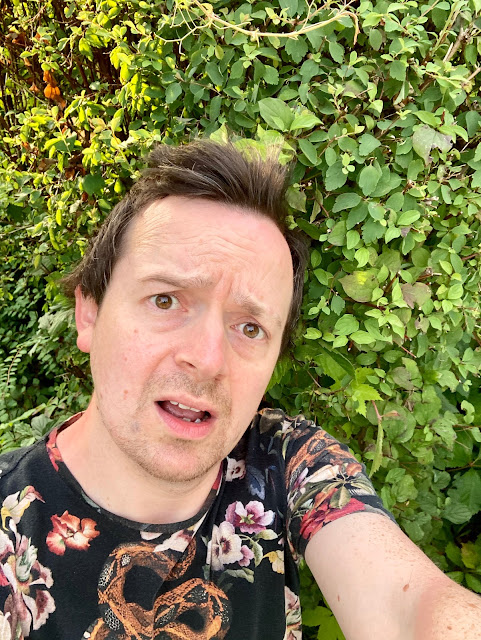 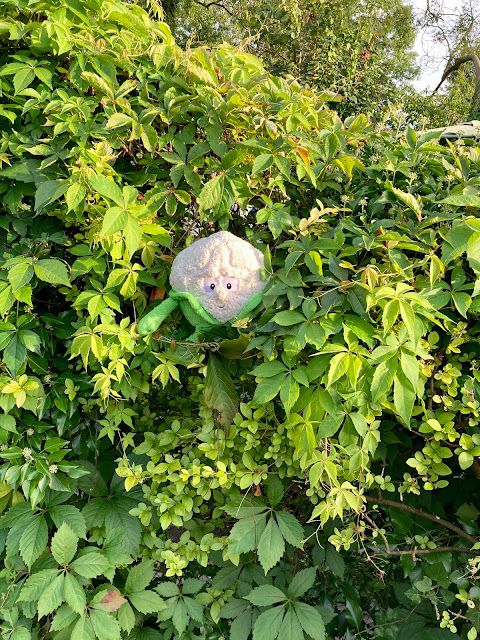 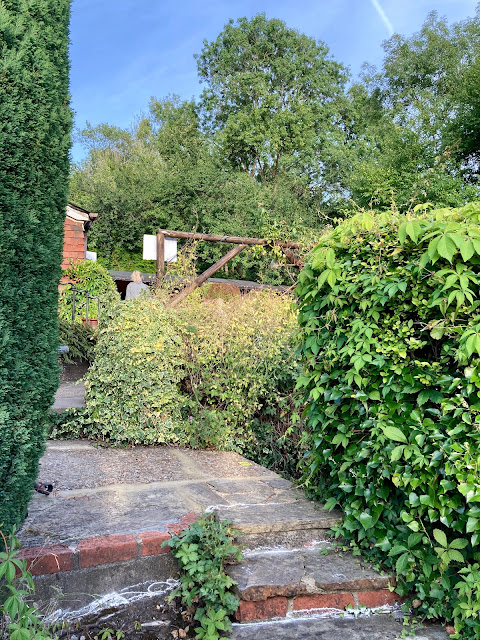 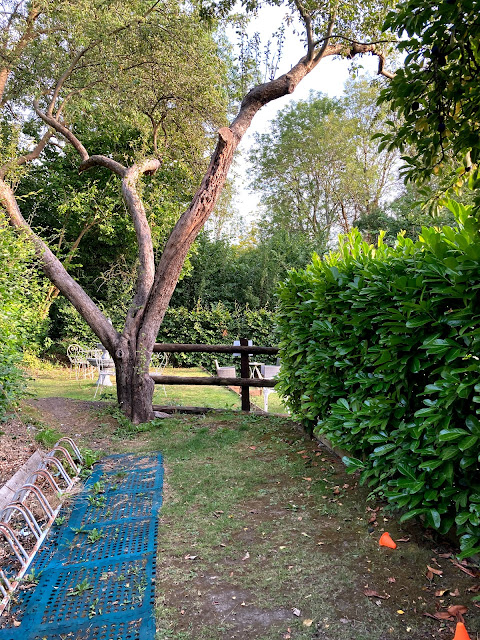 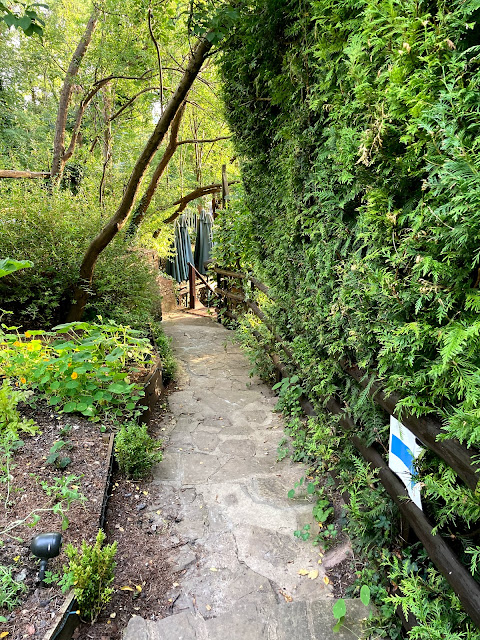 Back in Dorking, I did consider Cobbett's (again) but it was almost 8pm, which is pub closing time midweek (sure I'll get to it EVENTUALLY, he says), so I simply took the train back to Guildford, quick Tesco Express shop, and back in my hotel for a relatively early night.  Big day tomorrow, the return of Ed Wray AND a debut trip to Staines.  Look out for that in parts 11 & 12.