Tuesday so far, to recap, had been what you would describe as "nice" rather than good/great.

Heading further up the line to the town of Leatherhead saw my mood improving slightly, and the general upturn in 'pubbiness' continued too.  Perhaps the 'lucky' fox I saw scurrying down a street signalled hope for the future?  It seemed to stop and wink at me, the sun was getting to me though. 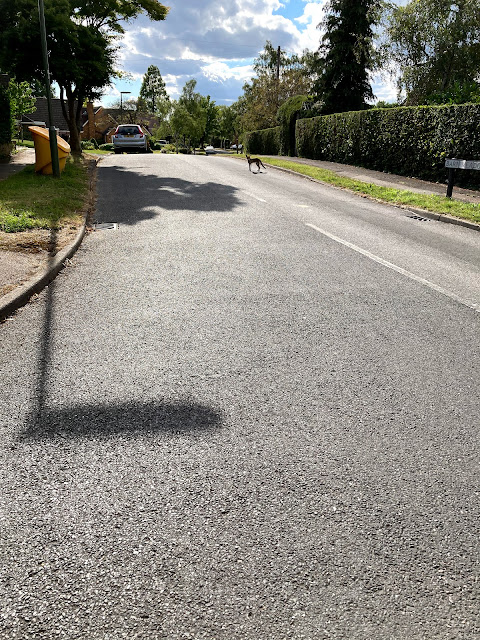 The pub's genteel flowery exterior belied what I would find within those four walls .......

Two blokes playing pool greeted with a nod and an 'alreet pal' (or whatever the southern equivalent is .... 'wotcheor guv'nor' or something?) and then jokingly told me off for not standing on the correct bit on the floor markings, to which the feisty Spanish(?) landlady gave them a verbal clout, ah this kind of interaction I'd been missing!  A bit of cheeky Shepherd Neame ale followed, well I suppose Kent isn't too far away.  This was more like being in County Durham than Surrey!  Perhaps that is why I called the pub 'Running Waters' (a try-hard dining pub just outside Durham city) rather than the correct Running Horse (1781 / 2998), and typical bad BRAPA luck that this was the ONE time out of FIFTY ONE pubs that the local CAMRA picked up on my 'check-in' on Twitter, where I look like I don't even perform the most basic research!  Ironically, Running Waters is more Surrey, and the Running Horse is more Durham, and it is a surprise I didn't misname Leatherhead as Leatherface too, though whether this pub would be rugged enough for Frankie Stubbs, I couldn't comment (and if I've lost you now, I can only apologise!)  The pub became considerably less 'rugged' outside, with a beautiful square pub garden inhabited by mainly European students, which surprised me considering the indoor scene.  My Spitfire was drinking well, always nice to get a cask beer I associate with supermarket bottles.  Colin the Caul mascot got the odd funny look. You don't get much love for Cauliflowers in Barcelona, Rome or Paris, evidently.  A quick trip to the loo and I nearly ended up being speared up the arse by a pool cue, but this was a positive and it just wouldn't happen in the majority of Surrey GBG venues.  Cheers Marras, time for Clandon.

I can't remember the train journey from Leatherhead to Clandon, but it most definitely happened.  It was getting on now, dusk starting to fall.  In-keeping with every other bloody station to pub walk today, it felt unnecessarily long-winded, needing a wee n all.  Finally it appeared.  Well, let's just say that as I struggled to find the entrance door, you'd have no indication from the exterior of how traditionally atmospheric it was within.

Dark wooded, oak beamed, nooks and crannies, 'traditional features', layered with history, low roofed and just the gentle hum of local old blokes chatting and the occasional clatter of glasses and plates, the Bull's Head, West Clandon (1782 / 2999) would have been a 'top 5' pub of the week anyway, and that was without the warm welcome from the masked older barmaid (a bit like the Masked Singer only more Covid conscious) and the spectacular 'Wendy', and  I don't know know why I'm using inverted commas as that was her name.  Never at any other point of the holiday have staff asked how I was in a way that actually sounded like they meant it!  She tells an old guy, probably Frank, that he's looking a bit gaunt of late, and offers to cook him a meal.  That doesn't happen in your local Brewdog does it?  Colin may've been invisible, but my Good Beer Guide was soon getting much attention, and locals Actual Christian and Probably Frank invited me to sit with them.  Them and 'Wendy' all seemed to have hobbies that involved 'ticking things off' so BRAPA really spoke to them, even if 'National Parks' does sound a bit easier than 4,500 pubs I wasn't gonna say that out loud!  If I wait for them, they'd give me a lift back to Guildford!  Best sit down and relax then.  This kinda thing used to happen to me in Bedfordshire when I worried I was becoming a modern day Ffyona Campbell, though I never sucked anyone off (NOT that I believed those rumours).  Anyway, where was I?  There was much love for North Yorkshire, and tempted as I was to say 'it's a bit overrated' you couldn't argue with a snowy lock-in at the Buck Inn, Reeth as an epic pub experience.  Actual Christian is extra hyped as tomorrow, the pub is finally putting on his favourite ale Harvey's, and we all get given a taster.  On top form, but did he not realise Beer Twitter had 'cancelled' both this and one of his northern faves Tim Taylor Landlord for doing evil stuff I don't understand, I asked?!  No he didn't.  Anyway, I had to sit tight but I got my lift back to Tesco so I could pick up some food.  One of my week's highlights. 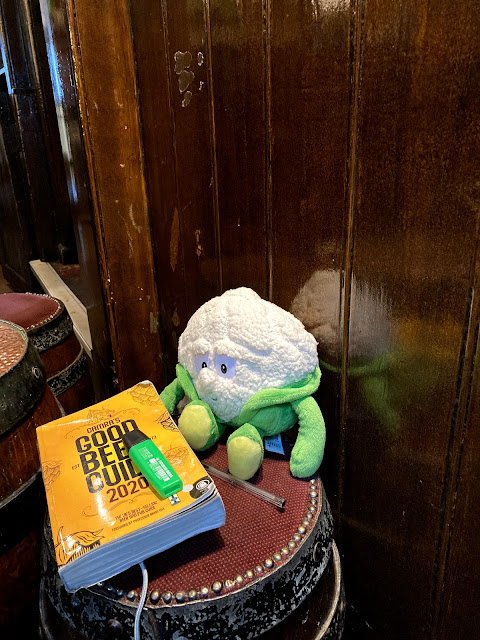 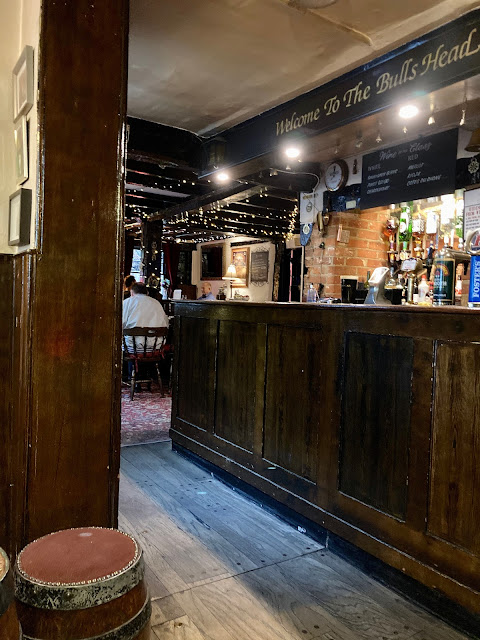 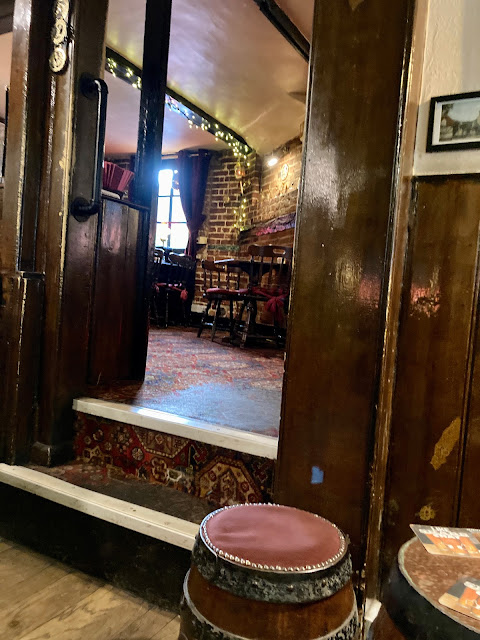 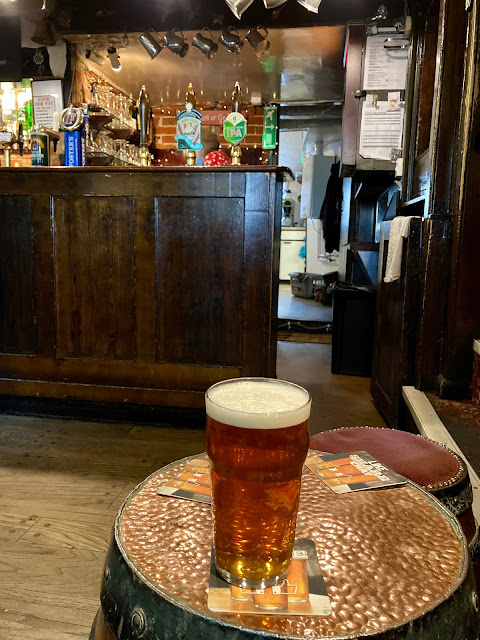 Have you realised my 3,000th overall GBG tick will be the first one on the Wednesday?  I didn't at the time, but join me in part nine tomorrow and we'll see what that pub turns out to be.