As a pub ticker, it is important to be able to 'read the room' as you travel the length and breadth of the country to lands you have little hope of understanding.  You can only be respectful of local customs and beliefs whilst you reverentially sample their pubs and ales.

So when I arrived in the town of Staines for the first time in my life, I thought the locals would be thrilled if I dressed as their icon and hero, Ali G, who has made the town famous and worthy of discussion.  I could also reel off a series of his catchphrases if that'd ingratiate me further. 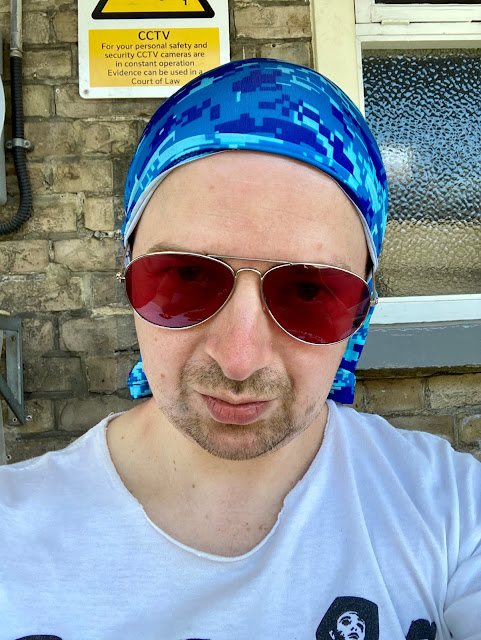 The sideways glances seemed, not to suggest joy and admiration as I'd expected, but rather confusion, amusement and a slight loathing.  Well, you never can tell.

I'd tried.  And as I turned off the side road, to a surprisingly tranquil, leafy part of the town considering how close it was to the railway station, I decided to do away with my 'new look'.  No sense of style and humour these North Surreyians!

I was greeted by a friendly Irish landlady who had an aura of 'boss lady' about her, and two scurrying mice, who looked like they weren't necessarily expecting me to order a pint of beer at 11am, but ticking waits for no man, so that is exactly what I did.  I'd say today was the peak of my week, totally in my stride, comfortable in my own skin, but not exhausted and flagging as I would be in a couple of days!  Pretty sure the Ali G garb would've gained little sway in here.  Olde Red Lion, Staines (1788 / 3005) was a fabulous atmospheric old pub, perfect if you are a short 5 foot 7 like me, one of those where you could feel the history and in more normal circumstances, I'd have been happy to sit indoors.  I'd spied a grassy area to the side of the pub, which was a bit cooler and more pleasant than the sticky decking at the front of the pub which was sweltering even at this time, it seemed to be getting hotter by the day as my Surrey holiday progressed.  I had a pint of Courage Best Bitter, because it isn't something I see a lot.  I'm never hugely blown away by it, but you cannot dispute it was well kept, and a decent starter for a long day ahead.

My other Staines 'tick' was on the same road as a pub in a place called Laleham which no one has ever heard of before, a bit like Dukinfield, Souldrop or Yoker, so I decided to get the long stretch done first.

Further peril was caused by a man chopping down trees, toying with some temporary traffic lights like a three coloured phallice, so I had to be diverted further into Staines' rural climes before rejoining the main road.

It was bloody hot for 12 noon, as traffic seared mercilessly down the Kingston, Worpole and Staines Roads at breakneck speeds.  Around an awkward little bend by the church, Laleham desperately trying to cling onto village status despite all the other evidence, and the pub appeared, looking every inch the GBG debutant it was. 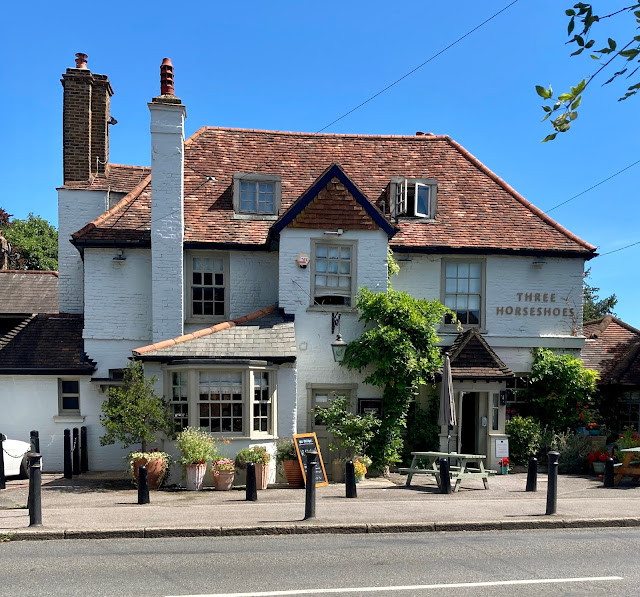 One of the most dining-led pubs of my week, what did impress me though about Three Horseshoes, Laleham (1789 / 3006) was that when I did declare my intentions upon arrival to a friendly young bearded beansprout of a chap, he gave me what was close to VIP treatment, a guided tour / running commentary of the various areas of the pub, where would I like to sit, 'this is how everything works' really nice chap.  Often in places like this, you feel as a one pint drinking visitor, you are simply a bit of an inconvenience, so this was top class.  I sat in the raised area by the back door, under a rare bit of shade on the corner of a table where a tree was just offering enough protection.  My arrival did, from a distance, however, seem to cause a bit of consternation from the female staff gathered at a sort of outdoor reception area.  Had I been allowed to sit in a seat they'd already earmarked for some diner?  I'd not even got Colin out the bag at this point so we can't blame him!  Anyway, there seemed to be a lot of tapping away on a screen and reorganising going on as a result so I'd perhaps inadvertently fucked up some complex seating plan.  Perhaps they'd called the police having seen my attempted joke about putting 'Rea' (like Chris Rea) in front of Laleham, you get RealAleham and hoping the road back into Staines wouldn't be 'the road to hell'. Whatever, the Dark Star Hophead was in fine fettle, and even if the place wasn't at all to my taste, you had to commend a strong effort. 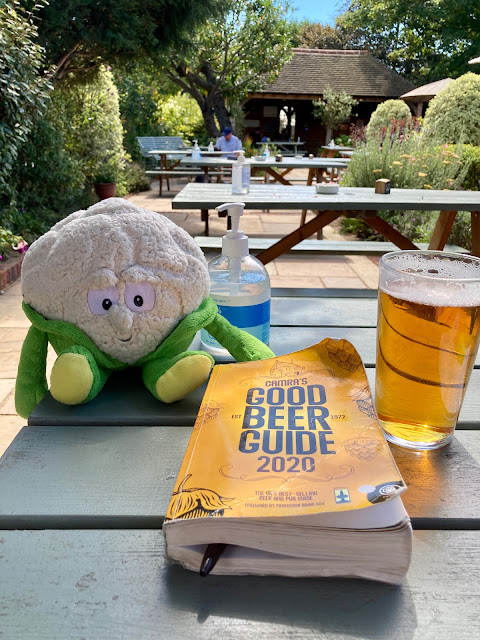 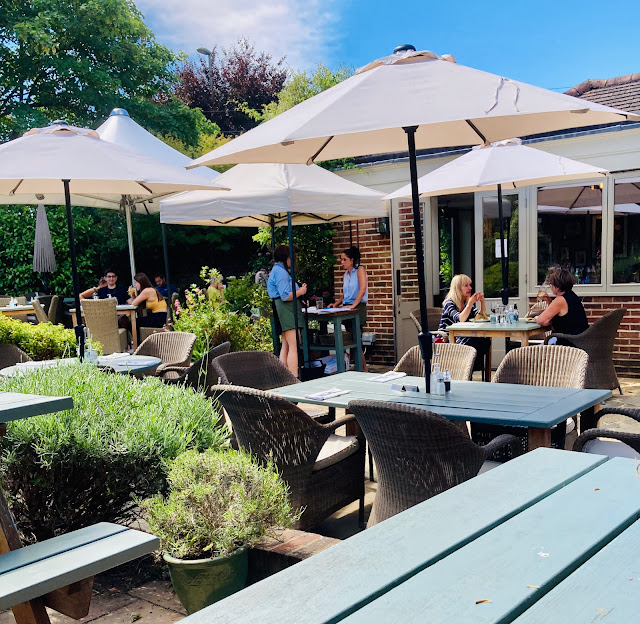 At least Google maps took me to my other Staines pub via a much more scenic route.

It was, it has to be said, absolutely beautiful walking along the Thames, in the bright warm sun.  Utterly incredible then how not one person returned my smile, and I couldn't help but think of the chant Hull City and presumably many other northern teams sing at Craven Cottage when they play Fulham away "You're rich, but you're miserable".  So true.  I've even seen home fans nod along like "They've got us there Giles, too true". 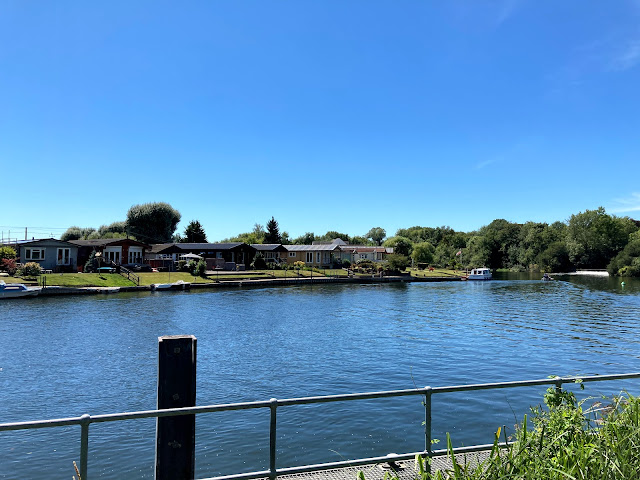 Ironic then really, how this next pub, in the backstreets, was witty, unfussy and homely.  Dare I say, it felt peculiarly 'northern' ....... 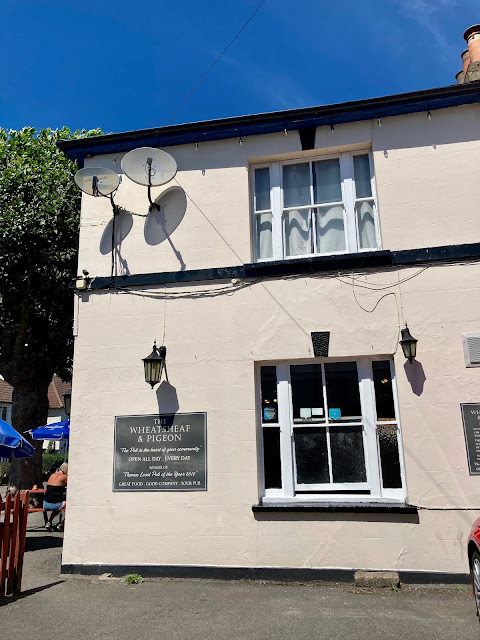 I was a big fan of Wheatsheaf & Pigeon, Staines (1790 / 3007) it ticked most of the boxes of what I look for in a pub.  The scene was set by the two ladies behind the bar, welcoming warm and funny, even from behind those big face shields.  Ok, so 'reserved tables' for later reminded me I was in Surrey, but I took my Thames Side brew (sadly the pre-emptive brewery tap didn't open til 4pm today) to a table and they were quick to tell me just to sit anywhere.  This table was reserved for Colin, so apt, so when I introduce my Cauliflower to the ladies (never thought I'd be writing that sentence a year ago!) they add "and you are the third Simon who's come to this pub already today".  I love these track & trace stats.  Known locally as the Wee & Pee, not that I needed a reminder I needed the loo, and like with all good proper boozers, it was hidden in the corner so I looked like a twerp trying to find it.  Loved the red colour scheme, nice n warming (not that we needed it today), plenty of food going down to my surprise but it was all so bloody amusing.  EVERYONE was after the 'cheesy fat chips' nobody wanted anything resembling veg ANYWHERE NEAR their lunch.  This one guy in a red top was so bloody fussy about every aspect, I wondered if he was a mystery shopper, had the staff rolling their eyes, then his girlfriend starts in the same vain.  How staff are so patient with these folk I'll never know.  When he got started on the vagaries of coke and diet coke, I decided he must be taking the mick.  And this the pub that once had a sign saying "2 for 1 Meal Deal ..... must be eaten by two different people".  Enjoyed it here. 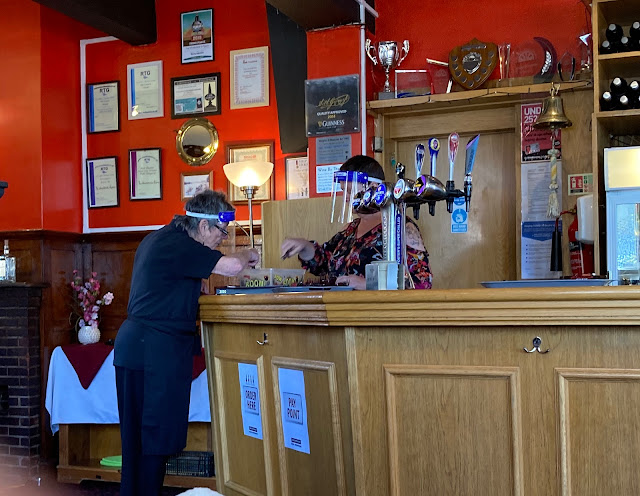 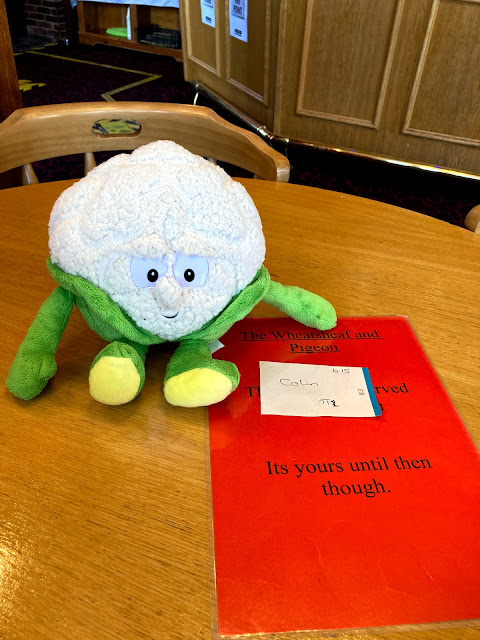 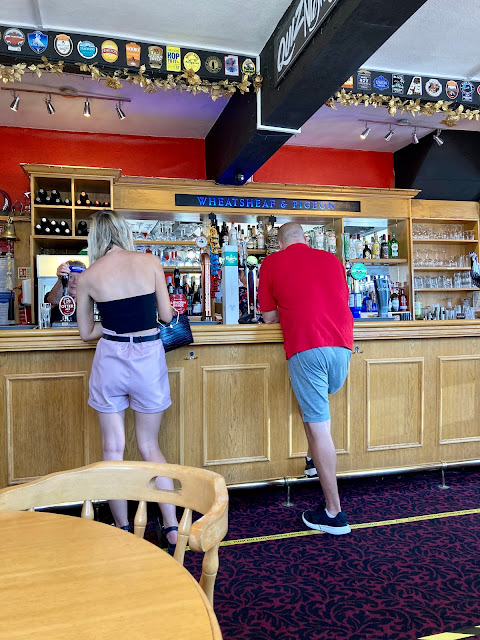 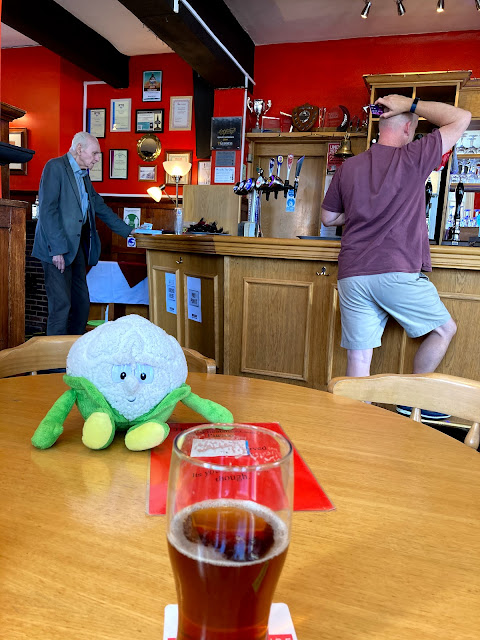 But it was back to Guildford post-haste, as I had an Ed Wray to meet for a bit of southern rural fun.

The buses to Dunsfold were at 2pm and 5:30pm or something, and as I was meeting him 4ish, that meant I had to delve into my emergency taxi fund for the first time this holiday.

Taxi driver didn't have a clue, so his mate had to tell him where Dunsfold was.  "He's only worked here 30 years!" the bloke tells me.  Oh well, this should be fun, I thought hopping in.  Join me in part 12 to see how I got on.