My joke of course fell flat, but then there are times when finding a sense of humour in the world of beer twitter seems so rare, you should slap an ACV on it's collective forehead when you witness an example.  Bah humbug, I thought, as I took my 'fake' plum porter (i.e. not Titanic) to a high stool under a TV so I could observe locals watching horse racing.  It was quite a keen sour plum beer, nothing wrong with the quality I dare say, perhaps poor execution from St Peter's, that quite legendary brewer, don't ask me.  A trip to the loos at the back of the pub made me realise what a roaring trade this place was doing.  I don't come into 'Spoons on mid afternoon weekdays too often, so it caught me off guard, reminding me of my trip to the Ash Tree in Ashton-under-Lyne, very much the northern twin town to Bexleyheath.  I read about 'Bosanquet', a Victorian leg spinner who bowled a few wrong 'uns (googlys) in his career I'm sure.  'Fack' said an old bloke as his horse dropped into second place.    "Who IS John Presley?" one asked.  "I know Elvis" said another (and I'm not contradicting him cos he looked mean, but it seemed unlikely he knew Elvis).  "I think they pronounce it Priestley" said bloke one. "Hmmm, I've 'eard of J B Priestley"said a third bloke.  "Nah, not 'im, he's a writer I fink" said bloke two.  "GO ON MY SON!" shouted bloke one at the screen as his horse made a late dash for the line.  Time I was off, interesting stuff.

As  I left the pub, I realised I'd made a BRAPA boo-boo, for my second pub had a mid afternoon closure pencilled in for 20 minutes time which I'd overlooked.  Despite it being in my GBG AND on Whatpub.  Epic BRAPA fail.  Would last orders have already been called?  "Fack", I muttered under my breath.   I was becoming "one of them".

And then, the road on which the pub was situated was closed.  To traffic, but it looked like pedestrians too.  'Double fack, eggs and chips' I muttered, but luckily a bendy baldie local (very much the Streetfighter 2 Dhalsim of Bexleyheath) somehow squeezed his way through a tarmaccy gap, so I followed, like a lame Ryu with zero moves.

The pub looked lovely, but no time to stand outside gawping, I might have to sweet talk 'em into serving me ...... 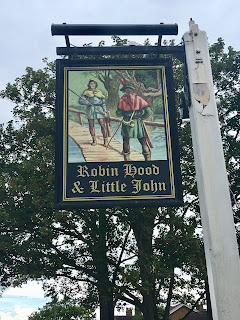 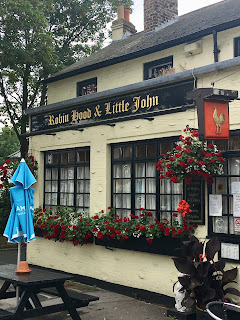 But my agitated, out of breath state on entering the Robin Hood & Little John (1704 / 2677) was incongruous with the laid back scene that greeted me.  "I'm not too late am I?" I squeaked to a ruddy faced man (either a picture of rude health and prosperity, or semi-functioning alcoholic gulping white wine, or both, it was hard to tell) who told me "no mate, it's just very quiet today" and I initially wondered whether this mid afternoon closure was even a 'thing' at all as a smiley lady peaceably served me a Red Top by that weird brewery which always makes me think their ales should taste like milk!  'Twas a decent drop.  Beautiful little pub inside as well as out, as I could finally relax and enjoy the perfectly formed nature, one of the very best, of the 12 I visited during my two day stay.    Landlady 'Trace' told the 'local character' (possibly husband, possibly nuisance, perhaps both) to move his £15 he'd left on the bar, hopefully not because I looked shifty!  Jokes followed about her putting the cash in her breast pocket where no one would think to find it.  She replied they were already full thank you very much, and then "I Will Survive" played, so she told us this was her anthem (as a 14 year old) and for a second, I thought she was gonna grab the mic and belt it out.  The Piper's Crisps delivery boy arrived.  "Oooh, I love Piper's Crisps!" said The Nuisance, blatantly trying to get a freebie (he admitted as much later).  "Oh really, what is your favourite flavour?" asks the lad, throwing down the crispy gauntlet.  Good lad.   Cue awkward silence as The Nuisance pauses to invent a vague chilli flavour he might've once had.  Boards and garden furniture start being brought in from the outside, so I know the mid-afternoon closure is real.  I count my blessings I got my pint in the nick of time, say goodbye, and piss off forever.  Cracking pub. 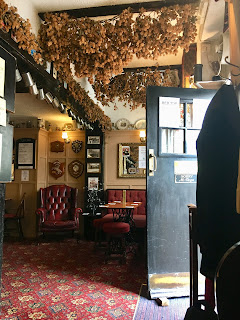 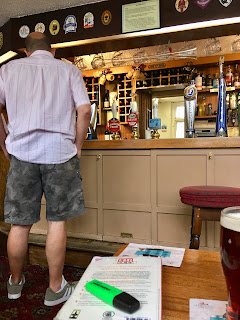 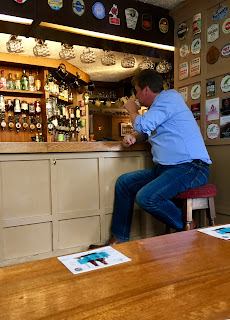 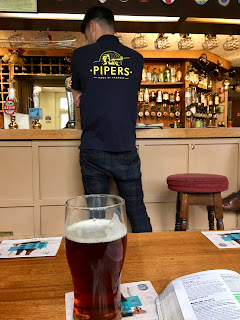 A bit of walk took me to the 'hub' of Bexleyheath for my final tick in the place.  The problem here, or at least part of it, was the location, situated 'twixt a transport interchange on the corner of a busy shopping street. 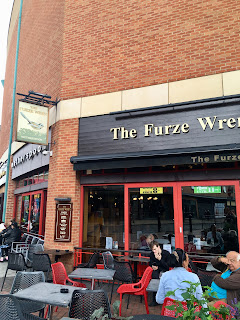 But we shouldn't make too many excuses for Furze Wren (1705 / 2678) as the long and short of it is quite simple, it is shit.  I don't expect too much from 'Spoons, but decent quality beer and good staff usually make up for other shortcomings.  With the exception of fellow SE London GBG 'Spoons, the Gate Clock at Greenwich, I don't think I've been to a worse one in the past year.  Salopian beer I love, this Darwin's Origin tasted funny.  Not off, just like paracetamol. But it gave you a headache you didn't have.  Location-wise, it kind of felt like the Pilgrim's Progress in Bedford and that still managed to maintain a positive sense of 'something', so there really isn't any excuse.  It was a bit like if the Lord of the Isles in Renfrew had a fumbling one night stand with the Willow Walk in Victoria and produced this offspring, all cleft palette and six fingers on each hand til they realised at a Christmas lunch at a Wokingham Brewers Fayre seven years later that they were cousins.  Awks.  The staff looked like they hated their jobs.  That is rare for a 'Spoons in my experience, no brave faces being put on here.  My table, and all around were sticky and it took them an age to clean dirty plates and dregs of drinks.  The toilets were the high point, pine fresh like a nice craft beer, perhaps I could've taken my drink into a cubicle for a better experience?  There were six fruit machines in my sight, all occupied by men with red slabs for faces (not Harry Maguire). It was like being in a Lost Vegas that time had conveniently chosen to forget. 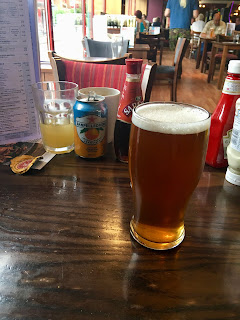 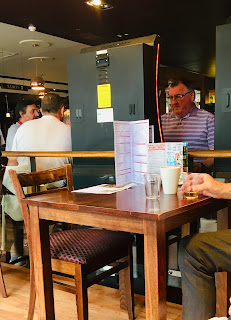 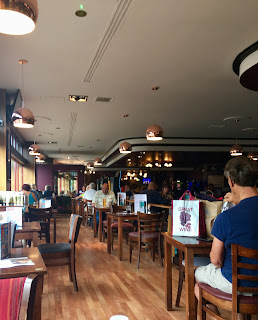 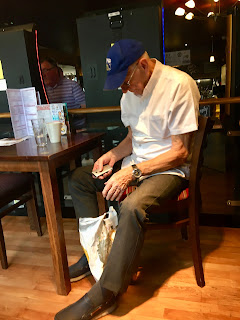 But no time to dwell, I had a Travelodge to check in to before getting myself out to the remaining three pubs of the day, which I'll tell you all about tomorrow you lucky things!