No trip to South East London would be complete without a visit to a new Antic pub, that burgeoning chain of local pubs so formulaic in their attempted quirkiness, I can't help but smile inwardly whenever I'm inside one of their establishments.  So paradoxically wonderful.

Time to fish out the old bingo card I made in Deptford's Job Centre last year ....... 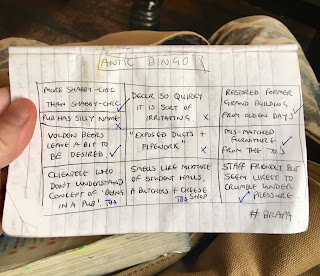 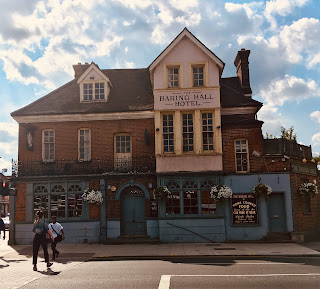 Okay, so we only got five definite scores on the card here at Baring Hall Hotel, Grove Park (1712 / 2685) , though RetiredMartin did claim the pub did indeed have a silly name, as it is built on the site of a nudist colony 'baring all', and who is to argue with Tayl-lore?  I had actually needed to lurk outside as it was a 4pm opener, and as first customer in, the less experienced of the two barmaids was friendly, from Barcelona, and told me I was making a good choice with the 'Volden Summer' (and then spilled it everywhere!)  Problem was, it was a poorly kept pint.  They'd already debated whether the 'third' beer, Thornbridge Jaipur should be turned around or not (they kept it on as it happened).  And despite the deliberate shabby chic vibe, you could see through it and note this pub was quite the scabby shithole.  Despite a comfy 70's retro armchair, I was rapidly getting the impression this might be the weakest Antic I'd visited to date.  A little old lady on a zimmerframe zimmied in, made a b-line for the bogs.  Soon, distant shouts could be heard, as she press ganged the more experienced barmaid (all tattoos and attitude) into some pissy assistance.  It took ages, as you may expect.  And on her way out, she tried to get a rundown of the barmaid's working hours so she could take her to the loo again in the future!  By now, two blokes (a sort of hipster Nick Bruels and a stodgy Dulwich Hamlet fan) arrived, made a excitable fuss, and announced to our Barca friend that they were visiting 'every' Antic pub!  Jeez, and I thought MY ticking challenge was a war of attrition.  At least they seemed vaguely impressed, though even they could've been being polite, cos for me, this was a poor excuse for a GBG entry. 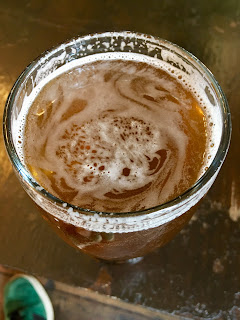 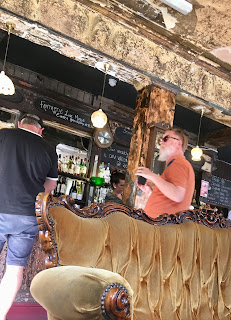 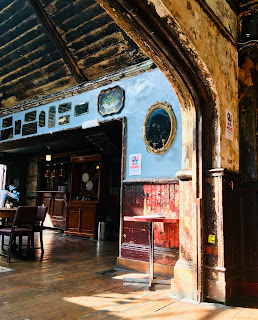 And the scene didn't get any brighter as I arrived at the first of two Eltham (SE9) pubs to end my fruitful two day stay in South East London.  I did the micro first, as this was the direction my feet took me in, and probably a good job I did ....... 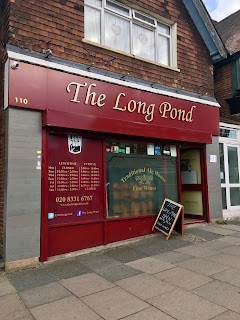 If I'd found the Hackney Carriage in Sidcup a rather pointless waste of time, the Long Pond (1713 / 2686) managed to top it in the depression stakes, though perhaps because there was no one so characterful as a bloke going rogue with my green highlighter pen and GBG!  The set up was depressingly familiar, a young barman who looked bored as owt appeared from behind a glass door, served me, and retreated back into his 'safe place', only reappearing when someone required serving.  So not in the spirit of the micropub ethos, and the few ruddy faced drinkers saying 'fack', Untappd checker inners and a laptop tapper in a suit brought absolute nothing, making this perhaps the dullest micro I've done all year.  What did I bring, you may ask?  Bewildered smiles and an openness.  There, beyond criticism now.  A side room with a Bass mirror and a magic eye wallpaper offered a nod to the good old fashioned pub, but I stayed put in the main area in case someone said or did something, even cracking a smile would be something.  But it never came.  The corridor to the bogs was like a mental hospital with beer barrels and less humour.  There was a piano by the door, but with a sign elsewhere stating 'no singing, swearing or shouting', it is hard to believe it has ever been used.  Another sign said 'no dogs', rare for a micro but at least I can give it a bonus point on that front! 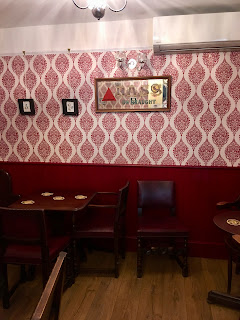 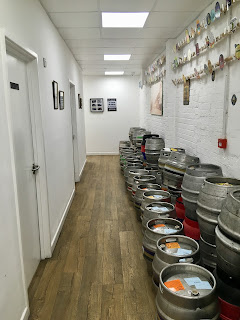 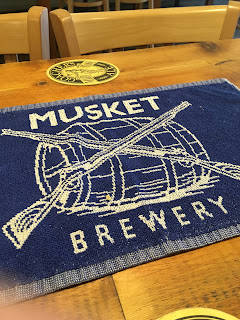 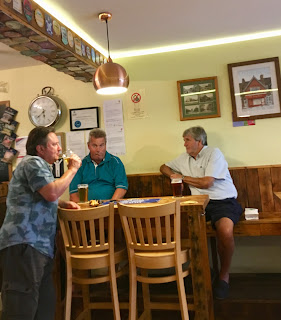 Luckily though, my visit would end on the kind of high that had characterised my first part of the day in Downe, Keston and Chislehurst which was already feeling like an awful long time ago.

On stepping up to take the outdoor photo, some topless blokes drinking cheap cider out of two litre bottles over the road whistled at me, said something about a 'gaydar', and cheered when I acknowledged them.  Eltham was scaring me.

And it had probably got me a bit rattled, because when I walked in to the atmospheric side street traditional boozer, Park Tavern (1714 / 2687) , and ordered the very first beer I could see, a helpful barmaid with an Eastern European accent asked "would you like to try it first?"  "WHY?  IS IT DISGUSTING?!"  I snapped, scaring myself.  'Wow Si, where did THAT come from?' I silently admonished myself and hid from her for the rest of my stay when my apologetic smiles went unacknowledged.  Other than that though, this pub was the perfect tonic for the previous two, just being a traditional pub full of happy old locals.  One bloke (Bald Chris) kept walking around shaking hands with everyone.  When he reached me, a bit of a kerfuffle had already started as it seemed he had lost/hidden the ashtray and nobody really knew what to do!


Back at Sidcup Travelodge, there was just time for a quick change of shirt and then 'hop' over the road for a pre-emptive micro (it would've been silly to miss out on it). 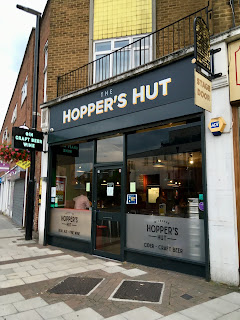 I'm not sure if Hopper's Hut, Sidcup has been open for long enough to be in 2020 GBG contention, but considering I much preferred it to Hackney Carriage and the Long Pond, and would probably put it on a par with the Broken Drum, I am sure it'll get in soon.  It had a warm, pleasant feel, again the barperson questioned my ale choice, some Strawberries & Cream thing by Tiny Rebel ('you sure you don't wanna try it?') but as usual, I recklessly ploughed on with a full pint, immediately regretting it when I realised how sweet it was.  When will I learn?   Never is the answer.  A group of Aussies were revealed they got teased for their South Australian accents back home, some even call the Kiwi's!  Oh, the shame they felt.  The local group they were with kept saying 'cor bloimey' and 'lavva dack' and thought nothing of their own ridiculous accents.  I smiled in case I could make my northernness known, but for all the pleasant atmos, just like every other pub these last two days, talking to strangers in South East London isn't really the done thing, and on the one occasion you do, you'll soon regret it (highlighter incident). 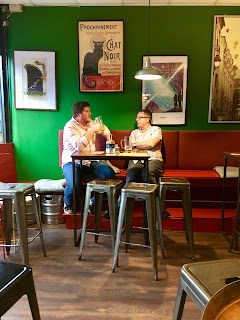 So there we go, a nice 12 GBG pub boost to help my chances of staying above the 1,500 mark when the great 'cross-ticking' commences.

Join me tomorrow as I complete Derbyshire.