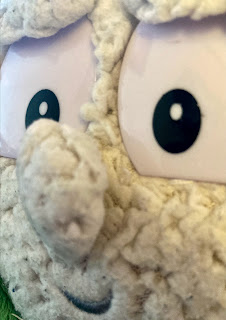 We are approaching the business end of the season in pub ticking terms, the equivalent of football's Easter weekend, where fates can be sealed with a joyous roar or a sniffling mew.

Yes, the 2022 Good Beer Guide is officially published on 12th November (which is also my 20th anniversary of working for Yorkshire Bank tragically enough).

For the 'Privilege Club Members' (who do get direct debited for the privilege), they are posted out late October meaning that there is a small chance, that the new Guide could be in my hands by Hallowe'en when I write my next spooky month end review.

Cross ticking with a bottle of red wine and a horror film on for one of my favourite nights of the year?  What could possibly go wrong?

As you can imagine, it is a time of intense activity as we pub tickers scramble for the finishing line, all with our own goals to achieve.

For the Champions League tickers, it is a case of getting together via Whatsapp to book a flight from that difficult micropub in Guernsey to an Isle of Man hotel which has just started selling Okells, in the quest to achieve 100% completion.  And they'll ensure they are in Moldova by 7:45pm for a 7th division football match on the side of a mountain.  I think they call it showboating.

For the automatic promotion chasers, it is all about getting as many counties highlighted as you can, getting your wife to drive you to back of beyond Oxfordshire to pink off that final pub with half a Doom Bar.  90% completion?  Easy.

For the playoff chasers, saving all your holidays up earlier in the year has worked well.  Suddenly, you are never at work.  12 pubs a day?  Easy. 372 in a month?  And yet you still feel it could have been more if that micro in Marylebone opened at 5am on a Monday like its Facebook suggests.

And then we have BRAPA F.C..  Another season of consolidation.  Mid-table mediocrity.  To paraphrase Hull City's main manager of the nineties Terry Dolan "if we've ticked off one more pub, and drank one more pint than we did the previous season, I call that progress".  And who could argue with Super Tez? 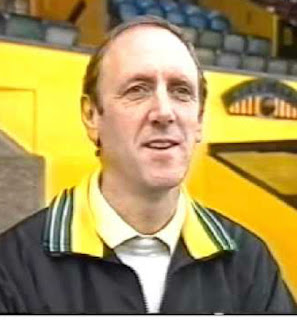 But considering the trials and tribulations of 2020/21, it is actually an achievement not to go backwards.  I sit here on 1986 pubs, 2000 is a landmark I'll definitely achieve before the GBG 'drops', and when you consider 2250 is half the Guide (less of course in next year's edition), I'm definitely going well.

September was another fine month.  I didn't let up despite only TWO days off work.  51 is a total I'm well pleased with in the circs.  And more evidence that I'm pushing myself a lot harder pubwise post-lockdown, almost like something subconsciously is making me feel the need to make up for lost time.  It is working.

23 in Staffordshire helped immensely.  What a county that is!  Sorry for the lack of blogs on the subject since, three factors.  Firstly, I came back with a dreadful cold / man-flu which still ain't shifting.  Secondly, I was all pubbed out after last weekend.  And thirdly, work has been so intense, looking at a laptop screen after 5pm is the LAST thing I've wanted to do.

Can October be as fruitful?  I certainly hope so.  A five Saturday month helps.  It starts and ends with further Hertfordshire progress, where we will see a BRAPA debutant and then an old fave wielding the trusty Stabilo (soon to be Staedtler cos quite frankly, I'm sick of Stabilos unrequited love for me).

The middle three Saturday's all feature Daddy BRAPA, he's like the mouthwatering filling in a sandwich made with Hertfordshire bread.  Yummy.   Some weird, wonderful areas of the UK are on the agenda, so keep your eyes peeled.

I'm almost ready to wave the white flag on both County Durham and South Yorkshire.  I'm so close on each, but I feel we are too late in the season to be chasing single outliers down, when I have so many juicy towns and cities offering 3,4,5 pubs in one go.

I'll leave you with my five favourite pub experiences of the month in no particular order .......

With honourable mentions aplenty, Swan at Bushey and Swan at Stone both stand out, Shrewsbury Arms in Stafford, Smithy Arms Oxspring, Ale Gate Alnwick and Wilkes Head & Fountain Inn in Leek.  All could easily make a top 5 or 3 on a weaker month.

Take care, and I'll see you in my first October pub very soon.