(And if you don't know the song, you might think I've finally flipped at this point).

I was back on the Ticking Thursday challenge (Thicking Thursday, Ticking Tursday?  I'm working on a title, ok?), my latest bid is to complete South Yorkshire's merry band of GBG pubs before the 2022 drops on my doorstep in late October*.

*Privilege Club members only may apply

I was back in beautiful Barnsley, the town I lived in between 1982-84 as a sickly Twild, and a 25 minute bus ride took me to the village of Oxspring, waving along the way at our old next door neighbours who now reside in Silkstone Common.

I'd only have 25 minutes max before the bus back, so with time of the essence, you don't want to get bogged down by inconveniences like local landslides ..... 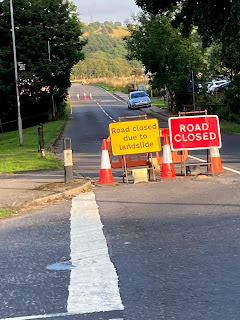 Luckily, it was the other side of the village, so I jogged around the corner to this unassuming micro, built in a garage (a hobby pub if you ever saw one), a micro which spent the whole of lockdown putting pub quiz questions on their Facebook for their mates, rather than give us any useful info like when is the pub reopening.  NOT that I hold grudges. 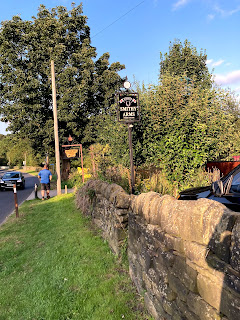 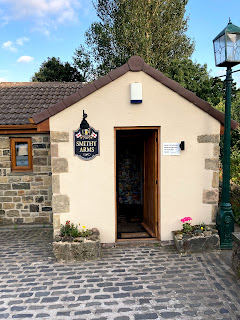 Smithy Arms, Oxspring (1936 / 3365) immediately exceeded my limited expectations, a cosy farmhouse style conversion with a roaring fire to the left, a welcome as warm as said fire and an immaculate pint of Abbeydale Moonshine for about £3 or something crazy.  A local in front of me was being a real teachers pet, giving our landlady huge amounts of change in this 'cash only' pub, making me feel bad as I only had a £20 note.  It is the 'York way' I'm afraid!  In fact, I must have apologised about five times on arrival for no apparent reason, the way I ordered my ale was really odd too, I said something like "would it be at all possible if it isn't too much trouble to get a pint of Moonshine please thank you".  What was wrong with me?   Luckily, I soon settled down thanks to two lovely customers who I got chatting with.  He was from Devon but told me he'd never found a decent pint down there , only flat Tribute.   I assured him good pubs probably exist in Devon if you use the GBG!  She was lovely and laughed at everything I said, but kept asking if I'd been to pubs in the Huddersfield, Denby Dale, Upper Denby areas.  "He's interested in SOUTH Yorkshire, not WEST" said Mr Devon, warming to the BRAPA concept.  The bloke I took to be the owner comes in, half on his mobile phone, half telling us he suspects his dog is on drugs.  It had been terrorising schoolkids in Thurgoland earlier on.  "Don't worry, he's calmed down now though" he comments.  I realise time is up and I have to scoot off, but the second I stand up, dog goes absolutely beserk!  Mrs Devon cannot stop laughing, I feign being terrified (even though I secretly am).  Great little place this one.


Bit of drama before the bus arrives, as I see a 'CSI' van, a masked bloke setting up a tripod, and a lady in one of those white suits photographing someone's front garden.  Ey up, wonder what was going on there then!  CSI Oxspring, it has potential. 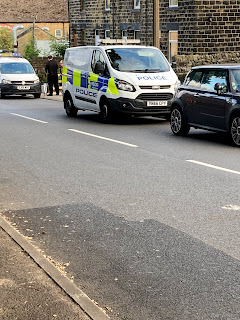 Back in the Barns, I had one of those situations developing like Sudbury or Preston whereby if I could walk fast and stick to 25 minutes a pub, I could just about make the hour earlier train.
What I really should've done is jump off the bus sooner and done the highly pre-emptive Dodworth Tap, which we passed twice, but never mind, a BRAPA year always needs at least one trip to Barnsley to be wholly satisfactory.
It didn't help that my first pub was a good stride north of town, near Barnsley hospital where sickly me spent much of my childhood, though all I can remember are the snails in tanks in the canteen you could smell whilst having lunch, ugh!
Could the pub fare any better? 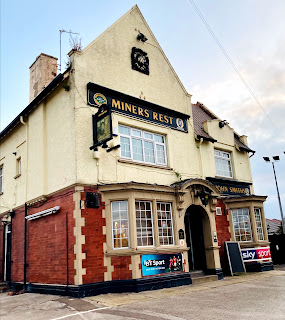 Miner's Rest, Barnsley (1937 / 3366) was so fabulously un-GBG in a world of debutant craft bars, micros, no 23's and keg kitchens, it was what that woodpecker calls a 'refreshing change'.  Not too bad for me I guess, I'm still at the stage of 'pub ticker development' where I get to do my fair share of ole' classics anyway, but for the 95% complete Taylor's and Mackay's of this world, this is a particular 'treat'.  I walk into the 'wrong' bar, totally empty, small grey and boring with a random pile of logs doing nothing.  A local in the bar opposite notices me looking helpless, and gets the barmaid's attention, she apologises and says no one EVER comes to that bar!  The ale isn't the best, just one handpull on, Farmer's Blonde, not 'off off', but a weird fizz to it makes the whole thing taste strange.  I walk through to the beautiful loungey main bar, with salmon terracotta walls, generous carpets (if a carpet can be generous, I don't know), a lovely curved wall leading to a bowling green.  You could be in Moseley or Balsall Heath or something. The locals are fantastic, everyone says 'aye' and 'alreet luv/pet'.  Someone's Dad is growing chillis, someone mansplains Nandos to a confused lady.  I sit under the TV, unaware England are playing, wondering why everyone keeps looking across!  I force down my fizz in the remaining 22 minutes I have, and speed walk back towards town.

I manage to stride back in eight minutes, despite Google Maps trying to send me the wrong way, for the final pub of the night much closer to the railway station ........ 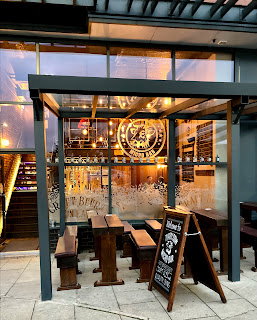 Partly due to my rushing about, partly due to the fact it is, when all said a done, a cute small boxy Micro with twinkly lights and an empty upstairs area, Tipsy Cow, Barnsley (1938 / 3367) is more a place for your ale (and it seems gin) lovers than your pub purists.  A few blokes by the door blink at me in that Barnsley-ish way they do, you know, all "we know we don't know you but that doesn't have to be a barrier" kinda way, and whilst the barman is pleasant enough, you can tell serving me is just breaking him off from the conversation he is having with said blokes.  I sit on the side wall, perspex dividers between me and two other gents, trying to listen in to conversations, bemoaning the fact that Elsecar Twitter legend Saz Jayney (famous in part for pronouncing 'Maison Du Biere' in a Barnsley accent on national radio) couldn't join me as she's on late shift at work.  Conversation includes how hard it is to understand visiting Birmingham City fans, a case study on racism in football, and the nursery rhyme Baa Baa Black Sheep not being sinister in any way (unless you count the fact I don't like that beer).  My ale here btw, something from Saltaire, glorious drop.  Kind of makes the experience the polar opposite from Miner's Rest in every way!  Def worth popping in if you are passing. 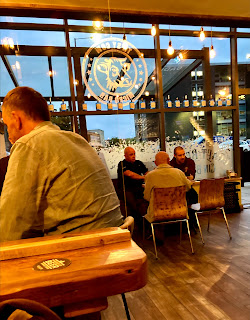 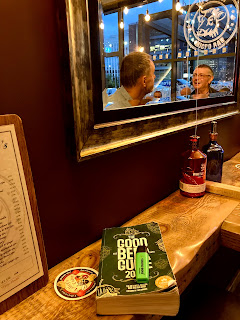 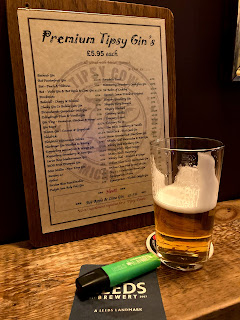 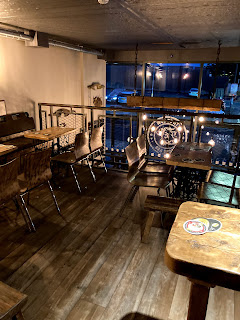 The good news is I made my train with minutes to spare, nothing got delayed/cancelled, and I was back in York in really decent time for a long sleep.  Just as well as work would be awful the next day!
And then on the Saturday, Dad would be driving me around North Yorkshire.
For more on that (maybe all seven pubs, oooof!) , join me same tomorrow.
Thanks for reading, Si