If you read my blog about my Sheffield trip last week, you will know how frustrated I was to find the Ale House closed, hidden deep within the southern 'burbs of the city in an area called Millhouses, that even tonight's bus driver hadn't heard of.

So, not open on a Thursday, but open on a Tuesday?  So said Whatpub.  Time to perform what we know in the trade as 'the ole' switcharoo' and change 'Thirsty Thursday' (thanks Eddie) to 'Chewy Tuesday' for one week only.

The excellent Draughtsman, Doncaster station is rapidly become my midweek Parcel Yard.  I found it on fine form yet again, with its usual combination of gin drinking racegoers in flamboyant hats, boring blokes in Hull KR shirts, and beer enthusiasts sending Untappd into a spin.  The pub even has its own merchandise, which I think is quite a station tappy thing to do.  The Fast Fuse was no ESB, but easier to drink. 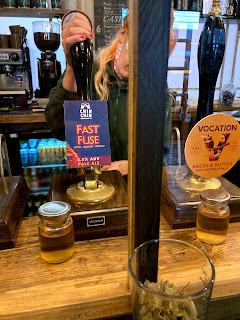 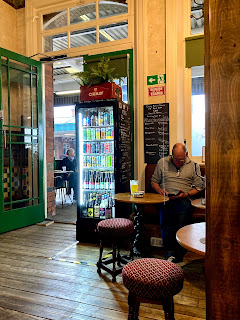 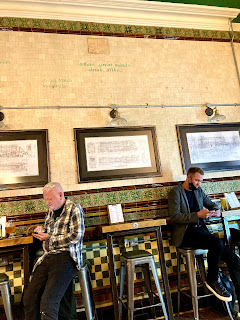 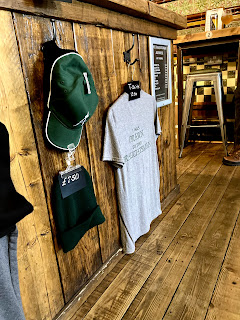 Colin's annual wash courtesy of Mummy BRAPA is complete, but tonight came too soon for his return, what with the parents on holiday in Grange-over-Sands (where they didn't enjoy the GBG pub Keg & Kitchen as kitchen was closed).

I dropped Keane Lewis Otter to the subs bench for failing to impress Twitter, though the official line I spun the media was he'd picked up a knock in Morpeth.

Once in Sheffield, catching the bus was far from straightforward.  The cut through to the stops was cordoned off so I missed one, the drizzly grey sky unforgiving as none of the right numbered buses showed up, as I waited by the Odeon.  Ten minutes it took me to realise the buses weren't stopping at the stop advertised.  Typical. 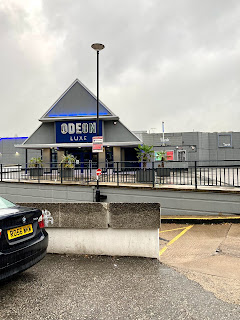 After quizzing the hapless bus driver who didn't really know Sheffield (a bit of a drawback I'd say), we got stuck in a bit of traffic and I was the last man standing when we finally reached the Archer/Fraser Road stop.

Pre-emptive perhaps for later if I missed a bus, I do like a Tetley's? 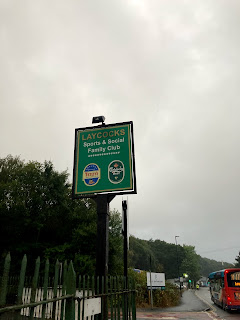 I turn up the surprisingly leafy and hilly Fraser Road, expect not at all surprisingly because Martin had driven me here last week so I knew exactly what the flora and fauna situation was.  I was relieved and almost surprised to see the pub door open ..... 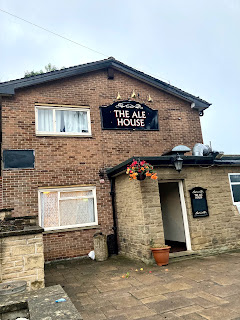 Well well well, I think we can say it was worth the wait.  Just when you think Sheffield can't surprise you any more with absolute peaches after this year's Crow Inn, and to a lesser extent, the Ecclesall Ale Club, we have this Ale House, Sheffield South (1955 / 3384) which is bound to impress any lover of bygone estatey pubs with an easy and warm old fashioned welcome from the guv'nor and his wife/sister.  Another first time visitor with big rucksack is holding court at the bar, so my arrival kind of plays second fiddle which is fine by me.  I still get to chat BRAPA.  The local lads dotted about the perimeter seem interested, especially the West Ham fan who's been living up here 17 years having fallen in love with the place, possibly on an away day, and never caught the train home!  In the politest way I can muster, I ask "What the dickens is going on with yer opening hours?" and the bloke, says "we cannot control what other people put on social media .... it's not us who put up the hours".  I'd have thought the pub would want to have the ultimate say themselves.  He tells me the only way to know the truth is to look at the blackboard INSIDE the pub.  Wednesday has now been added to the list of opening days, who knew?   But let's not dwell, there is a certain correlation between 'brilliant pubs' and 'vague opening hours'.    Royal Marine in Lyne has the vaguest hours in Surrey, and yet is one of the best in the county.   Any pub discouraging devil dogs and twilds is a winner in my book.  My North Riding ale is a cracker as ever, in a Thornbridge glass on a Sam Smith's beermat, that's pretty good isn't it?  £2.50 a pint too, wow, though I'm told I've come on their cheap night.  I deserved that bit of luck!    I eventually go and sit with the two gentler codgers at the far end, but they leave soon after, leaving me a bit isolated from Rucksack/West Ham action as chat turns to Championship football which just makes me feel awkward.   There's eventually a mass exodus where everyone leaves via the back door/loo, and even now, they are stopping me to ask what my plans are next, joking I should avoid a trip to Brinsworth cos it is a rough place!  Too late for tonight anyway.  Amazing pub this.  And only two South Yorkshire ticks left to go. 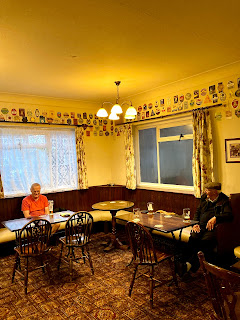 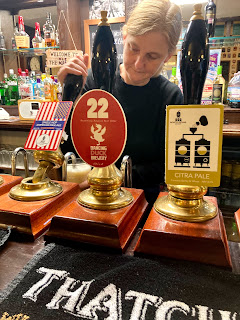 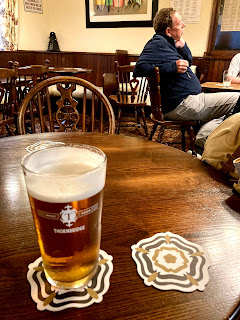 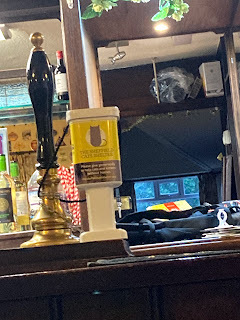 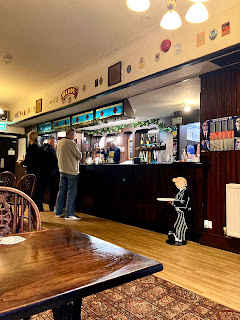 Getting back into town is a helluva lot easier, and tempted as I am to pop into the Rutland Arms like last week, there is a train imminent, so I make my way back again via Donny, sadly Draughtsman must close really early, so I just keep refreshing my phone to see if Hull City have lost at Blackburn yet, which of course, is a yes.

I'll be back tomorrow at the slightly later time of 10:30pm (I'm in York Dice Night Action) to tell you about my latest Hertfordshire leg, we are getting to the business end of the season now as autumn approaches ......
Bye for now, Si