BRAPA and ..... The Sisters of Mirfield


Begorrah!  It was a welcome return to West Yorkshire after work pubbing, and for the benefit of the narrative, I'll ask you to believe that a mysterious old bloke in L**ds Tesco whispered "ey up BRAP, got a couple of preemptives for you to enjoy in t'Mirfield area" before picking up his whippet, concealing it surreptitiously inside his coyt, and shuffling off into the distance with a pack of Woodbines.

I'd not Mirf'd since November 2015 so the nostalgia was almost making me misty eyed, or was it the traffic fumes under the railway bridge as I left the railway station for the 20 minute march towards Battyeford, a place that work colleagues tell me isn't 'real', merely a CAMRA construct, which tied in with Duncan Mackay's memories.  He told me that when this first pub was in the oft overlooked 1954 GBG, it was listed under 'Mirfield'.   Life was simpler back then, they tell me.

Up the Huddersfield Road, it happened upon me rather than the other way around, though I had to squint into the low sun to be sure I was in the right place ...... 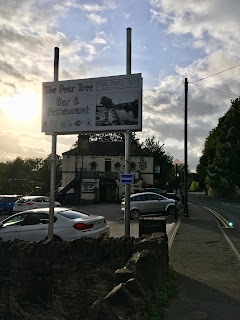 The scene that greeted me at Pear Tree, Battyeford was so typically West Yorkshire after-work, it made me smile.  A bloke in paint stained overalls was telling an anecdote about screws or nails or something to a keen audience, and I had to fight my way through the crowd to the bar, almost apologetically.  Some turned to half smile, to welcome this first time visitor, but most were so captivated, their eyes were firmly on Mr Paint Stain.  The pub opened up into a more high-brow dining pub than I'd been expecting on first glance.  The shimmering fishtank was the highlight, fish looked well fed and four women all blinked from behind the bar expectantly.  I went for Farmers Blonde, one of my 'go to, always going to enjoy' ale options.  Very well kept, B+ on the Simey Beer Scoring System (SBSS).   An electronic screen perhaps was a bit excessive, though it showed a nice photo of the riverside beer garden on a summer's day, which saved me from going to look for it in real life!   The music was shite, a restaurant menu offered posh oozy scotch eggs with dippy ciabatta soldiers, but hidden bar snacks like pork pies reminded me that this was at the end of the day, a good pub.  Nevertheless, it was almost inevitable my calming pint was interrupted by a Twildo family arrival.  "Who would like to play a game with me on mi tablet?" asks the young girl.  "I'll never support Halifax Town, NEVER!" says her Dad shortly after, which made me wonder which football management game she'd actually downloaded. 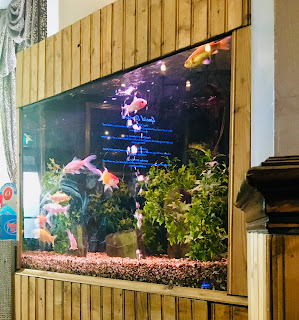 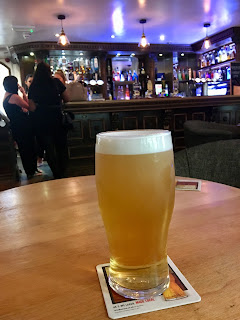 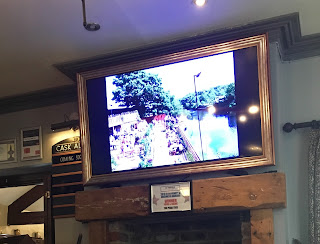 There was no point rushing to the next 'pub'. even at this time I had to saunter on the 22 minute walk according to Google Maps.   This was because it was a 7pm opening club.

I still had an experience where an old bloke with a limp stopped to let me overtake.  "I saw a shadow .... I just didn't know where it was coming from!" he explained, to which I laughed uncontrollably because I had no idea what to say.  Some of my critics in Greater Manchester say I don't actually have a shadow cos I have no soul, so I wished I'd recorded this incident as proof.

I arrived at the Club at 6:55pm.  I had hypothesised in the build-up that club hours are a lot more generous than those often listed in the GBG (or Whatpub in this case, phew!) they just don't like visiting riff-raff clogging up their clubs at all hours. 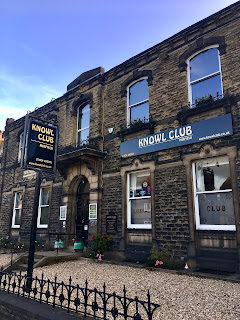 It was a relief almost then, to see this place firmly locked up.  I found a small ginnel down to some parkland, so stood in the middle of it for 5 minutes, breathing in that freshish Mirfield air. 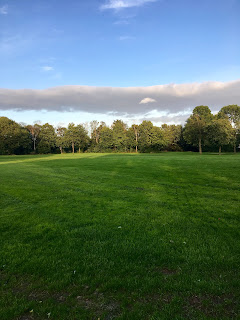 The Custodian of Knowl Club, Mirfield, one of those stoic, wry West Yorkshire folk of yore, was immediately confused as I ordered a pint of 'Old Mill' when they had two on, so I had to be more specific.  Despite being first customer, within the next five minutes, about ten people arrived and I realised this was going to be a more popular place than I'd anticipated, especially as it was Thursday, rather than me usual Friday outing.  This was a quality club, the building a pleasing shape like the nearby Hartshead Club, bench seating, a down to earth easy-going atmosphere abound, plenty of humour and companionship in every corner, and the early focus was on the cricket.  'Live' Ashes cricket, last couple of overs of the day and plenty of gallows humour as England toiled with a nightwatchman in.  Soon got chatting with this lovely couple next to me, Lesley and Gary who've asked me to mention they are 'young', which of course they are, inverted commas or not.  A bloke walked in with some gas canisters, I wasn't ready for a g.c. follow up so soon after Holwick last Saturday.  "You remind me of a young Foster & Allen" someone (possibly Gary) said to him in a surprise change of pace, but turned out it was cos the young g.c. lad was in a band, not because Foster & Allen carry gas canisters around with them.  Lesley was warming to her cricketing views, and after some debate about whether Boycott was brilliant or not, she tried some optimism.  Stokes did at the end of that last test match was amazing" she enthused, and just as I was about to agree, the guv'nor says "He needn't have bothered.  It's just prolonging the agony!" which was perhaps the most Yorkshire thing I've ever heard anyone say.  "Just don't get her started on politics!" said Gary.  Uh oh, too late!  After some BRAPA chat, Gary was properly into my challenge, the guv'nor almost bought me a pint.  But then he forgot,  so Gary did.  What a gent.  And this is why I love going into Clubs, they offer a different type of homely spirit rarer in pubs.  I'll remember this one for many years, great experience. 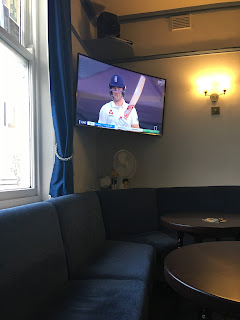 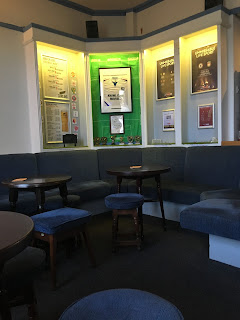 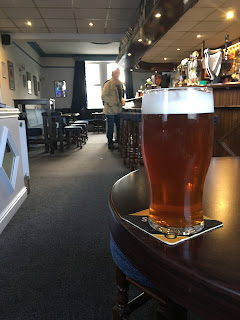 I could've easily lingered (as the Cranberries, very much the Sisters of Mercy of their day) almost said, but with an early start for Tyne & Wear pencilled in for tomorrow and a Friday off work, I thought I'd better try and at least be semi responsible!

I'll tell you about soon but tomorrow, we've got the little matter of the official release of the 2020 Good Beer Guide so I'll do a special blog on that one.