After the success of my Mad Monday around the Isle of Purbeck where I found some great pubs, great pints and great folk, it was perhaps inevitable that Tuesday would be something of a come down.  I could tell as early as the first bites of my Premier Inn breakfast that it was going to be a tough day, the sausages that bit more gristly, the mushrooms a tad more rubbery!  BRAPA always knows.

It was a good 75-80 minute ride from Poole bus station to the small village of Winfrith Newburgh.  I got talking to a Scottish bloke (my third of the holiday) at the bus stop, a lovely old man called Robert from Paisley.  He beckoned me to sit with him and asked if I was aware of the paisley pattern.  "Errrm, I KNOW Matthew Lawrenson" I replied.  Soon, he was talking to me on Yorkshire Puddings, Saffron Walden's Rhodesian history, and a whole host of other things.  If I so much as glanced at my phone or out of the window, he clawed at me so I had his full attention, much like my Grandma's dog Lettuce used to.  Yes, it was a long journey.

Once in the village, I breathed a sigh of relief in the fresh country air and saw a sign for the pub, encouraging that I was obviously approaching it in the right way ......


About a mile walk down a country lane past little farms and a running stream took me into Chaldon Herring.  I was a bit early for 12 noon opening so decided to carry on my walk right through the village centre.  But I glanced at the pub opening times and got a nasty shock ...... 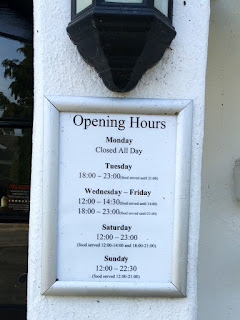 Yes, the Tuesday lunchtime session didn't seem to exist.  Nooooooo!  Not what the Good Beer Guide or WhatPub website says!!  I phoned my Mum in case she could 'do something', I don't know what, but she couldn't.

Instead, I sat on a bench at the front of the pub looking forlorn in the hope someone would see me through a window and let me in anyway, or a neighbouring local would walk up to me and give me the local gen.  But apart from a bloke cleaning his skating company van (which had a bad pun like Skate Middleton, Skate Winslet or something) ,  I didn't see a soul. 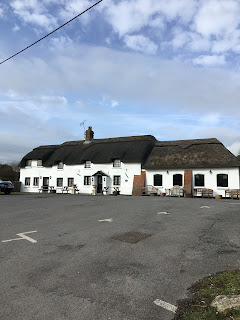 So I traipsed disconsolately back to Winfrith Newburgh where I had a long wait for the 2 hourly bus.  I took refuge in St Stephen's, the lovely old village church. 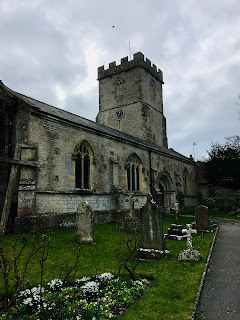 If I ever finish ticking the GBG, village churches might be a good thing to do if there is a book where you can tick them off from, of course!  Nice little place anyway. 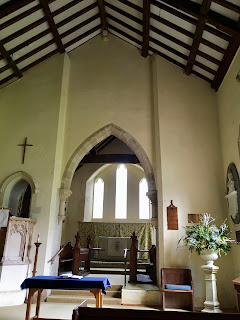 I asked God if he was available for a quick pub strategy chat.  He didn't reply which I took as a 'yes'.  I told him of my predicament and he told me I had to really push myself to get out to Pamphill and Wimborne Minster even if it meant a late finish.  It was good advice from the big man.  "But God, it means I'll have to be more demanding of Martin Taylor tomorrow and ask him to drive me to even more places than I was expecting and I don't know if that is fair?!"  I asked.  "Don't worry son" replies God, "RM loves that kinda shit".  And with that, I realised I was going to miss my bus if I didn't get a wriggle on so I put a few coins in a jar and signed a guest book.  Just like a GBG club really! 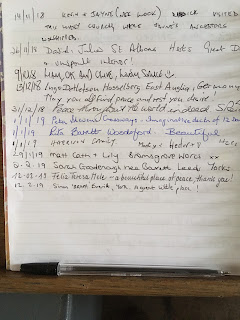 The bus took me further west, past my 'imaginary' Dorset line which divides east and west to a place called Preston, just outside Weymouth which I didn't quite get to back in October.

The pub was tucked away of the road, down a hill, over a River Jordan, and lots of signs for it, obviously paranoid that visitors won't be able to find it...... 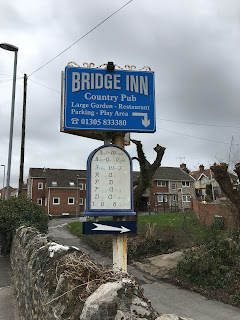 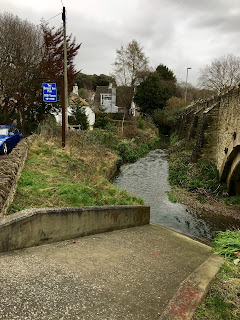 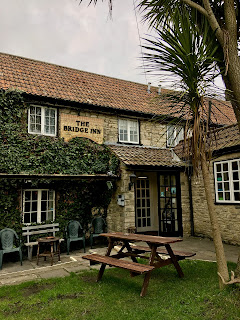 Prettier from the outside than in, this was at least a proper no-frills old pub as the setting and entrance had me predicting something a little bit gastro, light and airy.  The landlady with amazing green pullover had a good air of authority about her, and I think, a Northern Irish accent.  A deaf bloke with his wife who seemed highly embarrassed by everything he did seemed determined to sit on two tables with giant 'reserved' signs on them.  "NO, NOT THERE, THEY ARE RESERVED FOR THE TUESDAY CLUB FROM 2PM" she boomed at him.  "Well, I'm not coming here anymore!" he replies, laughing, jabbing me in the  arm.  What is it with old blokes jabbing and prodding me today?  "Never mind!" replies the barmaid.  Was she joking?  She definitely wasn't joking.  For all his deafness and inability to hear anything his wife said, he loved it when 'Spirit in the Sky' came on the jukebox, very quietly.  Yes, I had my suspicions!  My Forty Niner ale was welcome as I'd been up since 8am, and it was 2pm now and this was my first pint, but perhaps not the best quality I'd had this holiday.  I nursed my drink as it was, intrigued as to what form this 'Tuesday Club' would take.  Bit of an anti climax when they finally appeared, all looking like either Douglas Hurd or Mick McCarthy.  A couple of rugged looking locals had now appeared, but when a twog started running around , they could only communicate with the creature by putting on these Kenneth Williams voices.  It was a disconcerting end to an okayish sort of pub experience.

I was going to walk back into Weymouth but with time no longer on my side after my Chaldon nightmare, I managed to just run across the road in time to hop on a bus.  I had a nice walk on the beach, and got a coffee and a kit kat in Weymouth station as I had a long wait for the train to Wool.  I didn't realise only certain trains stopped there.

I finally arrived in Wool (or Vegan Wool as it was apparently nearly renamed after complaints from vegans, I can't believe even my number one vegan,  Sister BRAPA, not a nun, would feel offended by that!)  about 3:30pm.  The air actually smelt of farms and cows and carcasses and things, and I'm not even joking.  The pub was just around the corner ...... 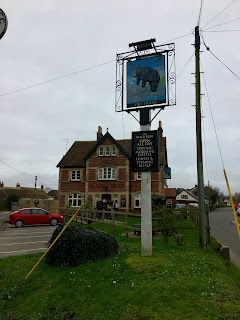 The beaming smile of a young barman greeted me, a few locals half smiled, and I got the immediate sense that this was your archetypal community local ("more than just a pub") as I sat down with my excellent pint of Maiden Voyage, having studiously avoided the Fullers as Martin Taylor had been in here only yesterday, and reported back that it had probably been on just a bit too long.  Mum's bringing their kids back from the school run supped Prosecco and chatted as their kids wired themselves up to tablets and played Fortnite. A man came in and was complimented on his new haircut, but someone announced "Cecil has died" which led to a 20 second period of quiet reflection.   At the bar, blokes snorting loose tobacco off their hands (snuff?) gossiped, but all I could pick up on was "he's slipping 'er a length!"   The majority had complexions a bit like garden furniture that had been left out in the rain during a summer thunderstorm after a boozy barbecue.  Really good atmosphere, but I didn't hang around as I 'thought' I had a train to dash for ..... though I'd got my timings wrong and ended up having to stand around for another 35 minutes. 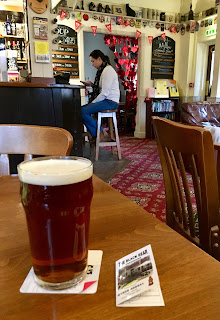 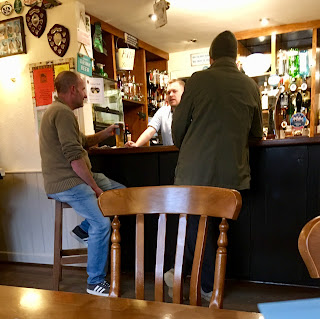 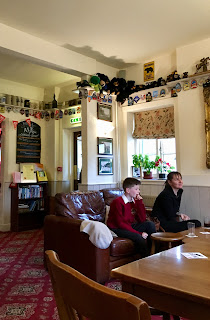 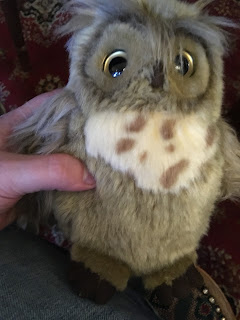 It was now 4:30pm, and I really needed to get four more pubs done before closing time.  Could it be done?  Find out in Part 8 tomorrow.