It is a good 35 minute yomp from Guide Bridge station straight down the main road into the GBG friendly outpost of Denton, nestling somewhere in that outer Manchester sprawl which gives you the chills.

Certainly, in the dead of night, the walk was an experience, as a series of weirdos jumped out at me, one bloke going so far as pretending to walk into me, shouting "rarrrr", waiting til I flinched, and then chuckling and dissolving into a petrol station forecourt.  I've been in a less scary horror houses in fairgrounds and theme parks.

And unexpected sights like this did nothing for my dickie ticker: 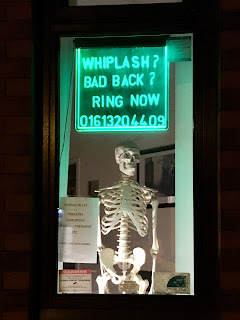 Finally, I was rewarded for my efforts when the first of two pubs came into sight.  I didn't notice the karaoke blackboard until my photo was 'developed' the next day: 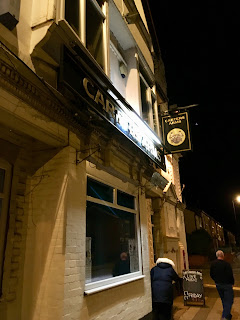 In the true spirit of 2018 BRAPA ticking, I took the left hand room which happened to be the lounge.  This was probably a good decision as it transpired, a huge empty floor space and a series of curious characters lining the bench seating wondering what my game was.  One of those where you only have to take out your mobile phone and they start staring at it as though they've not seen the like before!  After taking yonks to be served by a sympathetic barmaid who seemed to think I'd been forced to come in here, I took my pint and refusing to be intimidated, squeezed between two of the most expressionless blokes in the room.  To my right, a bloke with an element of the Danny John-Jules who told his mate he'd nicknamed a local building "Cell Block H".  "You know, from t'Aussie drama series!"  Prisoner Cell Block H is my favourite all time programme, and this was perhaps a first BRAPA reference to it.  I knew I was somewhere special.  My pint of Box Steam something or other was no better than average, but no matter.  The even more miserable bloke to my left suddenly burst into life and started fiddling with the music equipment, hang on, he can't be the DJ can he?  At that moment, two nervous tanned teen girls ran through to the bogs, giggled, and ran the other way again.  Was the right hand side where the vibrant youth was?  No time to dwell on that, as our unlikely DJ hero, Steve James, started belting out 'the Glory of Love' impressively.  He was like a good Jerry St Clair and until he murdered 'Wonderwall', I felt obliged to stay and watch the set!  The highlight was when he said "ladies and gentlemen, it is 1983".  In a pub like this, hard not to take him at face value.


I crossed the road back to where I'd come from and found myself in this little square near the huge junction.  The pub outlook evoked memories of Frothblowers in Werrington, surrounded by boarded up shops: 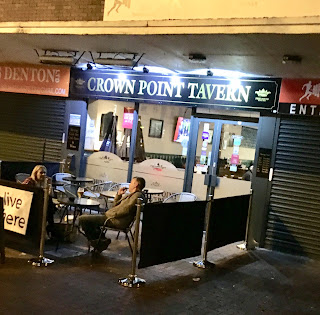 I know you are thinking 'micropub' but that'd kind of do this place a disservice.  It was such 'peak Friday night atmosphere', that it could be mistaken for just a 'small pub'.  Well well well.  I ordered this strange lemon and lime beer (very well kept, just too citrussy for me even though I was fully aware what I was getting myself into!)  The pub atmosphere was so wired that despite getting a good corner seat, when people came up to me and asked if they could have my spare chairs, I was "yes .... yes.... please, take them away, far away from me!" they were like a pack of hyenas.  Especially the Jeanette Krankie woman, terrifying, I'd not leave my bag and coat on my seat if I went for a pee in here!  "I rub people up the wrong way because I have high standards of myself, and expect the same of other people" she leaned over the table and shouted in a blonde ladies face.  Here's an excerpt of a more typical conversation .... "I name all my appliances .... I've got a cooker called Julie, I've got a microwave called Pete...."  And then a bloke leant over and said "Well I've got a bigger dick than anyone else!"   I assume the inference was that it was called Dick?  It was hard to say (so to speak) but I couldn't hang around any longer, I had a frightening walk to Guide Bridge, it was well gone 10pm by now. 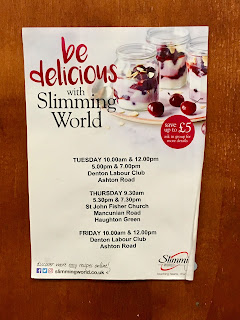 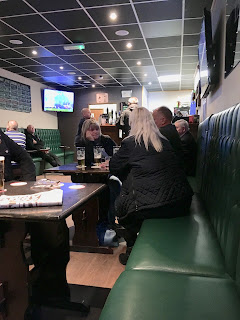 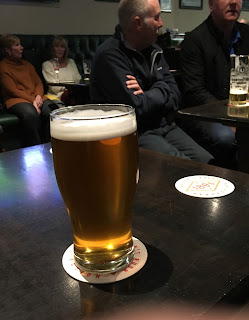 So, always good to get a Greater Manchester place in the 'early alphabet' ticked off, especially safe in the knowledge both of these pubs had made it to the 2019 GBG, which I'm delighted to say was waiting on my door step when I finally got home at 1:30am.  The decision to have a rare Saturday off, and get myself geared up for London had been a good one, and the Saturday was spent 'cross ticking'.

More on my London adventures soon, I've been there more than here, hence the lack of blogs!  But my numbers of new ticks for September are going through the roof, which is great news.