BRAPA - The GBG and Me (2019 Good Beer Guide Cross-Ticking Complete!)

It is that time of year, where, after much expended green highlighter ink, I can reveal the damage caused by cross-ticking the new edition of the Good Beer Guide...... 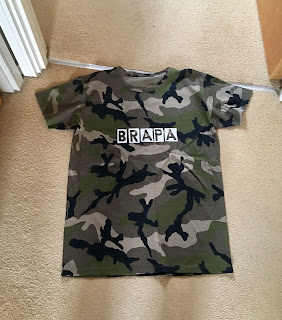 The lucky BRAPA pants had been bought : 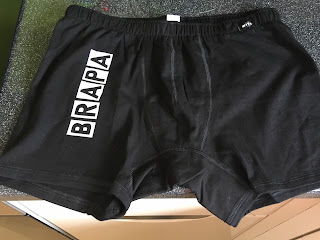 The brewery section carefully extracted to make it approximately one third lighter for those long countryside walks: 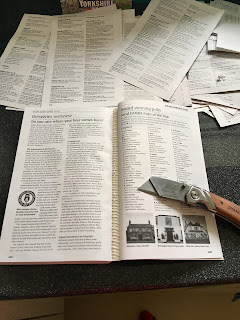 And several disgusting cups of coffee had been drunk to keep my cross-ticking levels at high speed: 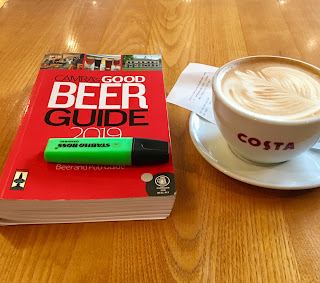 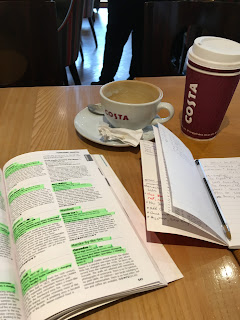 And even the wonderful Aussie soap Neighbours got into the spirit when former policeman turned amateur detective Mark Brennan investigated a dodgy resident called Cassius using a green highlighter pen:

This is better than last year, where I lost 14% rather than this years 12.4%, and this was against greater numbers so I'm definitely not too downhearted like I was back then!

Having said that, when you think I did my original 1301 pub on 31st March, yeh it is kind of depressing.  That was the Queen Anne in Golborne with the lovely Pub Curmudgeon, further proof his magical mudgical powers have no limit:

My gross total (the number of pubs I've been to in all GBG's) has risen to 2273, so perhaps that is what I should focus on more!

Here's some other thoughts I've had if you can be arsed carrying on with this publess blog:

I didn't visit Scotland at all in the 2017/18 pub ticking season, and I expected that to bite me in the bum like a rude midge, but actually it worked out superbly and I somehow gained 4 pubs there!

Greater Manchester was such a harsh county to me last year, so to only lose 9 this time out was reward for all those late Friday nights, some great pre-emptive local knowledge from GMR beer twitter, and perhaps the first murmurings of a shift away from the 2017 micropub trend as I seemed to notice fewer new ones during the cross-ticking process, some had surprisingly vanished ......

A better pub ticker than me (it rhymes with Tartan Meylor) has done the kind of intensive research that BRAPA can only dream of, and I won't spoil his stats, but it suggests a slight shift away from micropubs, taps/bottle shops/craft bars, clubs and chain pubs, and a larger number of "proper" pubs entering the GBG.  Well well well.   I've not been this excited since that scientist said coconut oil was evil.

One of the key differences I've noticed between this year and last is 'pre-emptive' ticks coming good.  Last year, I think I counted two.  I've put a bit more work into them this year, had more tip offs than ever before of potential new entries, and 14 came good.  Some were of great pride to me, particular the longest standing one, the Old Vault at Thorne which me and friends spotted in July 2015 whilst waiting for a bus having done another pub.  What's more, no one would want a return trip to Thorne, a place even people from Goole look down their noses at!

I'm always interested to look up the last GBG pub I ticked which didn't make it into the new edition.  This year, it was the Swan in Amblecote which is a shame cos it was a real 60's style pub, nice barmaid, but the total lack of any customers was a disappointment looking back.

There's always things that make you chuckle to yourself when you are cross-ticking, and this year, it was when I was looking at Scarborough.  Remember Aug Bank Holiday I met EL West Brom and his mates there?  Well, we scoured Whatpub for pre-emptives in the town well in advance of our trip.  Not altogether surprisingly (cos men like EL are ahead of their time), Firk Inn, Golden Ball and Wilsons all failed to get in, but what we didn't spot (cos it wasn't on Whatpub) was the Scarborough Borough Council Employees Welfare Club!
Typical.

Not for the first time in BRAPA history, it was Buckinghamshire that screwed me over with the biggest percentage loss.  It's not like it is a county with loads of great competition for pubs from my experience, but losing 16 from 53 seemed particularly cruel.  Beds and Berks behave, why can't Bucks?  I lost 20 in West Yorkshire, but then again, it is a huge range and easy to make back up after work in L**ds, and I was a bit surprised to lose 13 in Tyne & Wear, but it is a (fake) county I really enjoy visiting so never mind.

What's Next for BRAPA?

Well, I've got a good start with all these work trips to London, I have 14 pubs to tell you about.  Plus the two in Denton from last Friday I haven't reviewed.

I was tantalisingly close to that 1,500 mark before cross-ticking, which would mark ONE THIRD of the GBG so that is a main aim for the coming months / year.  Get past it, and STAY past it!  Perhaps a tough ask.

In terms of counties, it is crack-on with Cambs and Derbys to a finish.  Get started on Cumbria.  Give Dorset a go this Autumn.  Another summer holiday to Cornwall.  Somewhere where I've done nothing at all for my spring holiday, perhaps the Channel Islands, Northern Ireland, Dumfries & Galloway, Tayside, you know the type!  And chip away at Yorkshire, Lancs, GMR, Merseyside and the North East for easier trips.

Am looking forward to it as ever, you know, over the past year, it has kind of become a bit more about the pub experiences themselves and a bit less about the numbers.  Or so I'm telling myself! Thanks for reading, see you at a pub blog soon.