The next best thing to ticking off a pub in the current Good Beer Guide is, what I like to call a 'pre-emptive' tick.  This is usually a pub quite recently opened, perhaps it has won a local CAMRA award, and is hotly tipped to appear in a future edition of the Beer Guide, hopefully the following year but sometimes you have to be patient and sit it out.

This was the case on the Saturday evening of the Punk Festival when me and Krizbi were 'enjoying' a break from the punk rock in the Pump & Truncheon - usually my favourite Blackpool pub by far, but this year, strangely out of sorts, when we noticed this sign: 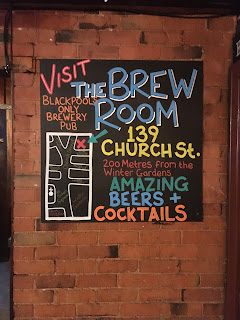 'This looks suspiciously close to the Winter Gardens' I thought, obviously having not read the sign properly.  And post Cockney Rejects, we decided to investigate.  I'd already tipped Colin and Christine off about it, and they were already there waving through the window:

Suddenly, those strangely unconvincing brews with punk themed names we'd been seeing in Pump & Truncheon this weekend made sense, they were brewed here in Blackpool, though the 'Tangerine Dream' here was good stuff.  It was bustling with a real Saturday night atmosphere, how dare punks have found this place before me?  A bit wired, I told the two barmen serving near me to ensure that this pub gets in the Good Beer Guide next time out because it is important as I'm ticking them all off, and they solemnly vowed to try their best!  Poor guys.  Still, I wasn't most peculiar person in the pub, which did feel slightly Pump & T, but in a more modern way, which in Blackpool money, is still pretty old fashioned.  At the loo, I got chatting to a man in a full Pacman suit, including the tie!  He was getting much attention from the locals, and on the way out, a mad local stopped to talk 'healthy & safety nightmares' at his work place including a man who hammered himself through the hand and one who used a kitchen knife to sand something down - it was all a bit hazy.  Pacman bloke was called Josh, but I misheard him as 'John' when I said bye to him, and he said he absolutely hates people who call him John, so we left on an irrationally sour note, and I returned to Krizbi, as Colin & Christine had now moved on.   A nice if slightly 'out of body' end to the day, I'd like to come back here next year on a hopefully quieter daytime session to get a better feel for the place, but with so many of Blackpool's GBG faves (Pump, Washington, Bar 19) misfiring, the 2019 GBG could look very different.


Fast forward to Sunday then, and Christine had tipped us off about another pre-emptive before she'd gone back.  Krizbi did the early morning investigation into where it was, and opening time (2pm) so after a few lunchtime bands, we trekked down past the Brew Room once more, onto Albert Road, where some stairs went down from the Albert Hotel into a basement bar ......

And what a little gem this was, something vaguely Rock n Roll Brewhouse (Brum) as you descend the steps into a room 1960's esque.  Pink flamingos, tiki bar, Audrey Hepburn and glittery toilet seat,  and a mysterious area hidden behind a red velvet curtain, where last night's band were clearing out there stuff with the help of a non twoggy dog.  Despite some of this decor, it was an incredibly down to earth hotel bar.  Mine host, Phil, had a calm air about him, welcoming in an understated way, he could teach many micropub owners a thing or two.  Imagine if Jacob Marley visited Scrooge in the night, but rather than warn him about his need for redemption, instead simply offered him a CAMRA discount and then left him in peace.  This was Phil.  He apologised that there weren't more beers on, but Saturday night had been busy, and told everyone one of the beers was deliberately cloudy, always good to know.  As time passed and Krizbi went to watch a band, I lingered to get the full BRAPA feel and a series of characters descended into the bar.  An AFC Wimbledon fan threatened to be a good guy, but got a bit dull when he brought up La Chouffe (not literally, that'd have been interesting).  A North Derbys guy with a ponytail sat by me and checked in his beer on Untappd.  A punk with Phil Brown's voice so perhaps from South Shields said he was sick of standing up in the festival, so had come here to escape.  He was a bit excitable.  And then pub character Ray joined me and we chatted all things pub.  He was very knowledgeable and when I complimented him on 'doing York pubs properly' he said "course I am, I've been into real ale and CAMRA since about 1966" or something, but that's not an exact quote obviously.  He took out an ancient red notepad to compliment my GBG, and showed me all the beers he'd ticked over the years!  The Untappd of its day?  No wonder North Derbys guy was looking sheepish.  Superb place this, a must visit. 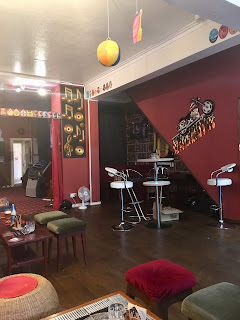 And that was the punk fest for another year.  Something seemed to be stopping Liverpool's skinheads from being as scary as certain others......... 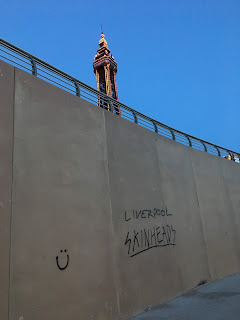 And less than 24 hours later,  I was in Hull with Father BRAPA before the first match of the season against Aston Villa.  Whalebone and the George were as good as ever, and in between that, it was time to visit one of those pubs I've been aware of since 2002 and never gone in because either it has been closed down or served keg only.   But it was a heritage pub so a good one to do. 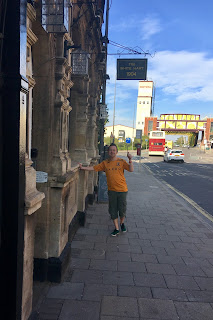 One trend of 'pubs that get included in the GBG at all costs' seems to be when they have their own brewed beers.  No matter whether they taste like someone's stirred a melted vat of old two pence coins from an amusement arcade into an old silage tank or not (see Driftwood Spars, Trevaunance Cove and some Penzancey places as a recent example in BRAPA history).  This bodes well for Brew Room (above), it is a trend that as ruined Hull's formerly great 'Walters' pub (but they don't WANT to be in the GBG anyway!) and could either be the making or ruin of this great pub, for Dad and friends have reported non too favourably on the 'Crafty Little' brews, though it has plenty of others.  The barman was a bit timid, for a bar so grand, but that front room and bar are so amazing, there can't be many better in the country.  A back room is more modern with pool and shuffleboard or some nonsense.  Only customers in so no one to chortle at, but I was being a bit of a wide-eyed goon pub tourist, so chortle at myself.  I'd go back.  Dad has better pics of the outside, which he is hopefully going to send me to make this blog 1% better. 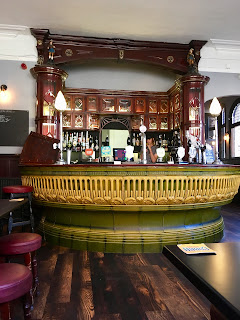 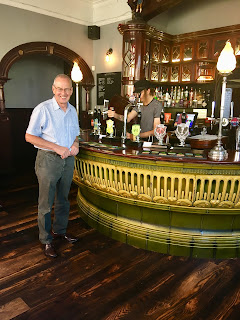 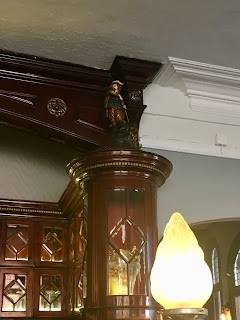 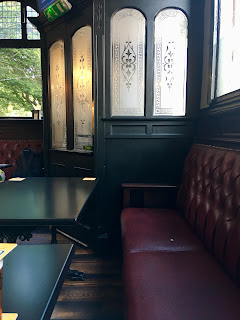 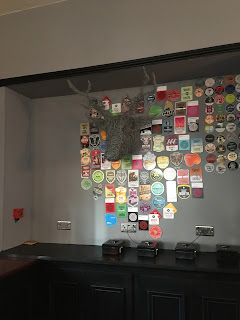 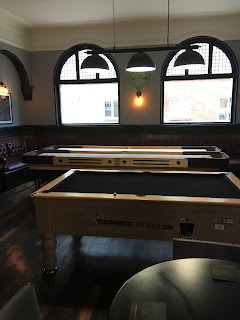 Hull City lost obviously, but made up for it last night by beating the lesser weevil of the two Sheffield clubs, if you can count the Carabao cup as making up for it.  (us Hull City fans have to take any success we get, ok!)  Oh, and karma for Oliver Norwood after his comments.

I'll be back tomorrow or at the weekend for the write up of last Saturday where I did some North Derbyshire.  And on Fri, I am in a Greater Manchester destination so keep your eyes peeled!