'What percentage of micropubs in the UK are open on a drizzly grey Tuesday lunchtime?' I wondered, as I arrived in the Staffordshire town of Tutbury ahead of Hull City's exciting away game at Burton Albion, easily the game I'd been most anticipating all season.

All I'd heard about Tutbury is that it has a castle, and if I'd looked up, I might have seen it.  And got rain in my eye.  But my eyes were firmly fixed at street level, looking for a small unassuming box like building, and sure enough, there it was.  And it was open!  This was worthy of a celebration in itself, whatever followed. 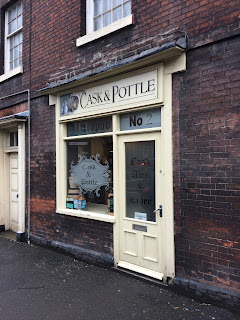 So I walk in and see one Gandalfian bloke sat alone, reading a newspaper.  Was he the only customer?  Or was he the boss?  Do I dare ask him for a pint?  Will he laugh, shout or cry?  The stress of entering a pub for the first time!  It never gets easier.  There was no bar, just a blackboard, so one of those micropubs where they pull your pint out of sight in a back room.  He finally looked at me with a degree of helpfulness in his eyes, so I ordered a Damson Porter by Burton Bridge.  The reason for this was deliberate for one, as on my only other trip to the Burton area (20th July 2005!) I remember drinking plenty of these.  So nearly 13 years on, it must've been good for me to remember.  Well, it was as good a pint as is probably possible.  We got chatting but it took me a while to tune into his accent.  He'd been born in Scotland, raised in the North East, then opened a micropub in Kent, and then come back up here!  No wonder.   Anyway, he was a great chap and told me he only really opens on lunchtimes for beer deliveries, and any custom is just a bonus.  He passed me a book showing all the micropubs in the country, with a picture of him on this page, and told me when he browses the book in Waterstones, people next to him do a double-take and say "that guy in the book .... IT'S YOU!" and he nods at them sagely.  Probably.  He then told me CAMRA have changed the rules so a micropub can't win pub of the year, which seemed wrong to us.  I mean, I know I joke about the unique quirky characteristics of a 'micro' (one loo, dribbling dog, no cordial, board games etc) but at the end of the day, important things like 'staff' and 'beer quality' and 'pub hubbub' are comparable in any pub, whether it is micro, 'Spoons or anything in between.  I can't put my finger on what made this place so special, but it's easily one of the best micropubs I've been in, and here I was, only customer on a chilly grey Tuesday lunch.  When one my other fave micros, Grocers in Cadishead told me they used this as their prototype, it made total sense. 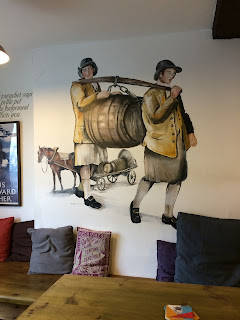 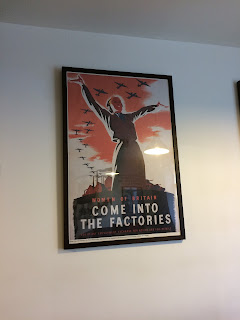 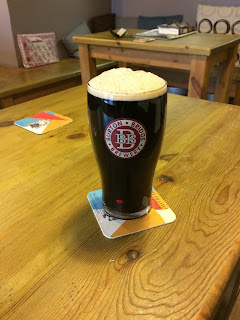 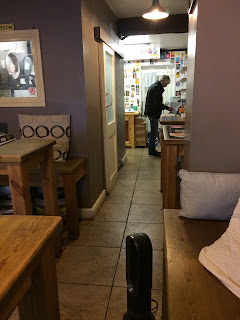 "Careful, she's a funny fucker" said our genial host at the Cask & Pottle when I told him which pub I was going to next.  "Her husband was actually worse!"  "Oh, has he left now?" I asked.  "He's dead!"  Today was turning very BRAPA already.  I decided I'd be best to keep an open mind, suspecting this could just be 'healthy' Tutbury pub rivalry.  I walked quickly, for although the pub closes mid afternoon at 3pm according to the GBG, he warned me "she closes when she feels like it". 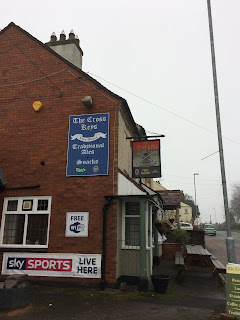 So I walked in and found a woman on the floor, frantically moving 'Star Bars' from a box into a pantry attached to the side of the bar.  I tried to be cheery, but she just looked up at me with watery eyes and nose and grunts when I decide what beer I want.  The other customer, on my left, actually said hello, but he was drinking up and left, leaving me as only customer.  I sat around the corner, and she got back to her Star Bar shifting, the pub had a lovely real roaring fire in emitting that brilliant woody smell, and the pub had a carpetted cushioned loungey feel, yet the atmosphere was somehow a bit chilly.  If I was Derek Acorah (I'm not), you could even class it 'malevolent' as I went through a couple of doors into a dark back room to find the toilets.  Only Clare Balding and her Commonwealth coverage were keeping me sane, and that is never a good sign.  Back at my table, I temporarily lost my green highlighter pen - cue frantic rummaging around bag til I found it.  This seemed to force landlady to come and sit at right angles from me, and I wondered if she was checking to make sure I wasn't eating my own food.  Still, I was probably paranoid by now.  Damn that nice Cask & Pottle dude for saying anything about this!  Finally, an old regular came in and she had something of a friendly weather conversation with him.  Perhaps she's just shy, or not got great people skills?  I took my glass back and said thanks and farewell, and got what may have been a murmur of assent, or just a slow burning log cracking on the fire.  So, a peculiar experience but not one I'll necessarily forget easily.  A bit like that time I went to Salisbury's Mill pub and a strange baldie called Vladamir bought me a Doom Bar but said he wanted to watch me drink every last drop. 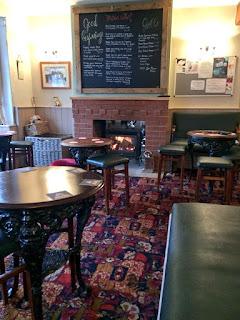 The bus did what was expected of it, and turned up on time to take me back to Burton, and just over 20 minutes later, I was heading towards one of the few pubs which opened before 4pm on a weekday.  It also had a 'pub of the year' sign in the GBG, which made me optimistic, for to win the award in such a renowned pub town MUST mean it is good ......

Just like every Wellington pub is good, every Royal Oak is terrifying with at least one murderer at large, I find any pub with the word 'Dog' in the name manages to be a bit crummy in some way.  But thankfully, the second I stepped over the threshold, one of those extreme 'waves' of pub quality struck me.  It doesn't happen often, but it's a thrilling feeling (for me anyway!), and part of the reason I persist with this pub ticking nonsense, last time I had it this strongly this year was at the White House in Peel on the Isle of Man.  Immediately to my right, I was acknowledged by a Hull City fan Paul who always seems to make his way into similar pubs with me.  I headed to the bar where the choice was ridiculous, so the young barman did the whole 'what style of beer do you go for?' spiel so when I unhelpfully said I just like beer, he persisted on reeling them all off to me like when you get introduced to someone's friends at a party and just know you won't remember their names or faces in 15 minutes time.  I then surprised him by going for one beer he hadn't mentioned, Draught Bass.  He looked disappointed and said 'oh, a good solid place to start' which I interpreted as 'you boring old bastard'.  I felt a bit sorry for him, having been waxing lyrical about all these magnesium sulphate salted caramel raspberry sours and the like.  You'll know that unlike the legendary #PubMen of Twitter, I've never been enamoured by this ale (normally cos I've had it in rubbish non GBG pubs), but this was definitely the most I've ever enjoyed a pint of it, was great quality.  'Should I sit with Paul or does he wanna be left alone?' was my next predicament.  But he started chatting to me whilst I was still stood at bar so I joined him.  He's a member of the S.S. (that is the Southern Supporters) and since 2004, it has been mine and Dad's tradition to find out which their designated 'away' pub is and avoid at all costs.  Not that they are horrible, just clever devils with slightly big egos.  Paul is one of the best, and our chat was broken off when the psychotic bald Polish looking barman came in, but immediately said "What happened to my hand cream?"  We laughed and I told him that's exactly the kind of BRAPA moment I need to record.  Soon, the full S.S. quota had appeared so we moved to the darker bowels of the pub where more seating was available.  Like the Bass, this was my best experience of the S.S. who were friendly and funny, but I explained as amazing as this pub was, I couldn't linger as I had three more pubs to tick off.  I said goodbye and scurried off. 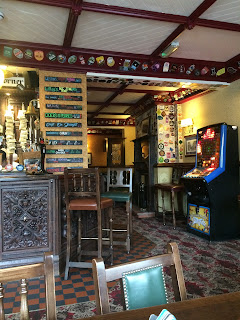 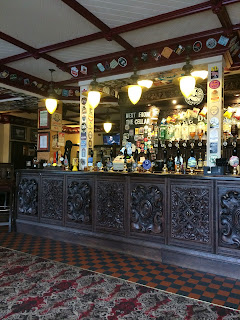 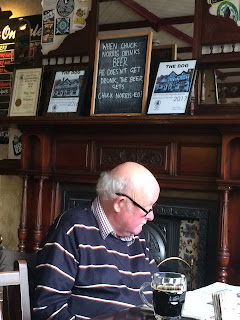 I'll be back with the write up of those other three pubs tomorrow, don't wanna give you too much in one go!