Anneka Rice, Suzi Perry, maybe even a hint of the Interceptor,  I was in top 'skyrunner' mode as I raced against time to get my remaining three pubs of the day done before the last bus of the day from Keswick to Kendal.

The Notes section of my phone from that day now reads like the panicked ramblings of a mad man ......


The first part of the challenge was to get my remaining 'outer' pub done, and that meant yet another bus from Keswick's flimsy bus station to a very beautiful village surrounded by mountains on all sides.  They called it Rosthwaite.  I was the only person on the bus, and when I thanked the driver, he said "ho ho ho, I'll probably see you in a bit!"  in a 'you don't want to get stuck out here' kind of way. 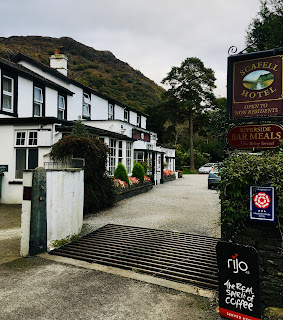 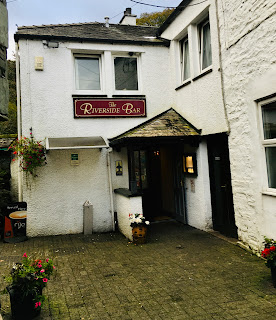 In true Lake District style, we had another one of those 'bars tagged onto a hotel' yet it did just enough to feel like a pub in its own right.  Scafell Hotel (1591 / 2808) was the name, a couple of independent witnesses telling me the hotel itself is one of those weird throwbacks, where they ring a gong to announce dinner and everyone has to eat the same thing!  Early drawback here was the total lack of WiFi, especially bad when you are in Challenge Anneka mode, made worse by one of those twattish self-important "we don't have wi-fi, try talking to people" signs.  Not easy when there isn't another human being within 100 yards of you.  On the plus side, the friendly young barman from Edinburgh who hadn't been here that long, so was immune to the sneering impersonal tourist-hating 'welcome' you get from most Lake District barstaff   , even asking me what my game was so I got to explain BRAPA, quite rare on this holiday!  But he threw me into turmoil by claiming there was a half hourly 17:25 bus back to Keswick.  Wow, this would solve all my 'time issues' if true!  He indicated a noticeboard with bus times and the weather forecast, ya know, the kind of things people could look up on their phones if Wifi existed.  After scanning it, I shouted over "I think that only applies to half term week in October" but he still insisted a 17:25 would appear.  I was skeptical but bowed to his 'local' knowledge and drank up.  I was so on edge, I sat in the middle of the bar area by a draughty door, so had no hope of ever feeling at home or comfortable here, but the beer was ok and Tirrill was a new brewery tick in Cumbria for me, though I prefer their posh crisps. 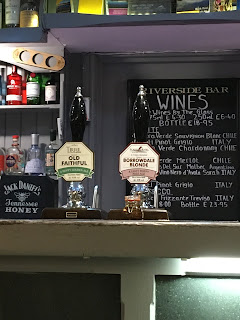 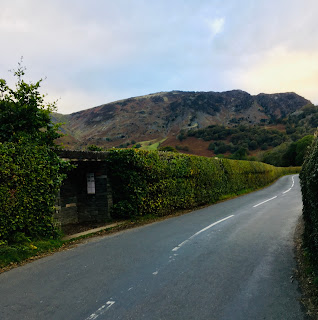 No surprise when a 17:25 or anything resembling it failed to show, but at least the bus shelter had some classic graffiti to keep me amused, oh and it turned out there was a 17:44 rather than the 17:55 I'd been expecting so that helped.  Problem is, it went round the houses so only got into Keswick two minutes before the 17:55.  But every second counts (oh hang on, that was Paul Daniels wasn't it?) 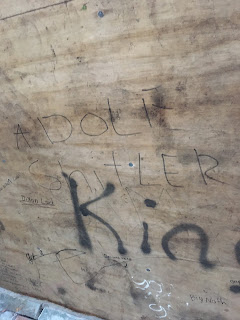 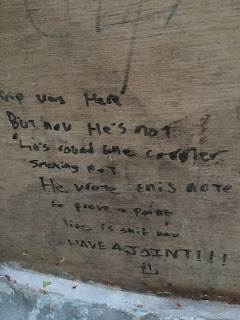 Classic cryptic poetry you'd expect on Challenge Anneka or Treasure Hunt, and whilst it is true that my life was shit for about 20 minutes, BRAPA gets high on pub visits alone, and now sign of the Rosthwaite dealer in any case (he gives you six free farmhouse duck eggs for every third wrap you buy).

The setting sun over the hills caused a beautiful effect, and everyone piled over to my side to try and capture it in photo, nearly capsizing the bus!  It couldn't be done of course, so I just sat back and enjoyed the moment.

But no time to relax, I was delighted to see we'd arrived in Keswick two minutes ahead of schedule at 18:14, though I had to practically knee two old women and six granddaughters to the kerb to capitalise on this and reach my next pub post-haste. 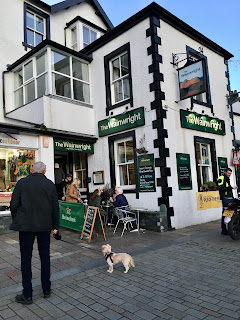 IF there was ever a pub you'd just want to spend your minimum amount of time in, Wainwright, Keswick (1592 / 2809) was it, certainly on this evening's showing.  The floor was a sea of dogs, florid women in hideous blouses stinking of rusty prosecco took up most tables, it was chaos, staff rushed off their feet though friendly and helpful, lots of ales on.  But what does that count for?  Not a lot (Paul Daniels said that too). And when the three lager drinking chavvy lads perched on a stool against the wall next to me are the people you can most identify with, you know you are basically Mark Knopfler (i.e. in Dire Straits).  The bogs was a nice sanctuary with GBG selection poster and nice floor, but I had to get that pint drunk as quickly as possible.  Above me, TV's showed some Lake District walking channel, where Johnny come lately's with headcams climbed mountains, went on runs and stuff.  I got quite engrossed in it, but not quite sure what the original Wainwright, Alfred, would've made of any of this.  I shuddered to think what it is like in peak tourist season on a Saturday afternoon if it is like this on a chilly non-descript Tuesday in October!


Of course, getting to the final pub wasn't going to be a doddle.  Some might even say (but not the GBG) that it isn't even in Keswick, but neighbouring Crossthwaite.  Indeed, this is indicated by the poster in the gents at the Wainwright above, but then that thinks Middle Ruddings is in Thornthwaite rather than Braithwaite.  And people wonder why myself, Martin and Duncan find our yearly cross-ticking of the GBG such a blinkin' minefield!

I practically jogged up to Crossthwaite or 'Far' Keswick, heart thumping, 5 pints in, 5th day of pubbing, and in near darkness by now, I reached the final pub of the day at about 19:03, which gave me 28 minutes in here before the 19:31 bus back to Kendal, hurrah!

It had worked out quite well actually, the bus I needed stops right outside the Pheasant on the way out of Keswick, affording me a few minutes extra than say, if I'd had to get the bus from Keswick bus station.  Like clockwork!


Being an 'out of towner', I was expecting something a lot more real from the Pheasant Inn (1593 / 2810) but ultimately, despite an improvement on the Wainwright, I still found it a disappointment.  Very Jenningsy (never got on with their Cumberland ale but like Sneck Lifter), that was the least of my worries compared to the rather impersonal feel, and a very mixed and uninterested crowd gave off a vibe that reminded me of a late-evening session in the Parcel Yard at King's Cross!  Felt a bit like a waiting room for the bus back to Kendal, though no one else did end up getting on it apart from me.  Twild life weaved their way between Mummy's chair legs, and Europeans with luggage too big for the pub lumbered around aimlessly.  On the plus side, it was dimly lit, there was a good real fire giving off a bit of heat, and some low beams suggested something of the 'historic pub' I'd been hoping.  A version of Rocket Man by Elton John that lasted about 15 minutes seemed to be making everyone restless, and with one eye on the clock, I was again, just happy to have achieved my 5 pub target for the day, but if these last two are the best the Keswick pub scene has to offer, than it is one the weaker Cumbrian towns I've visited. 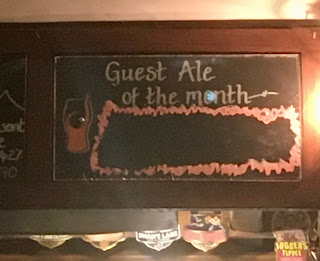 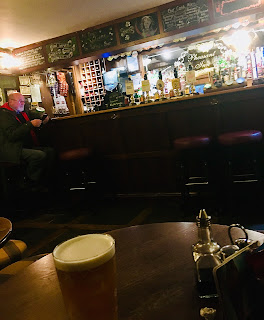 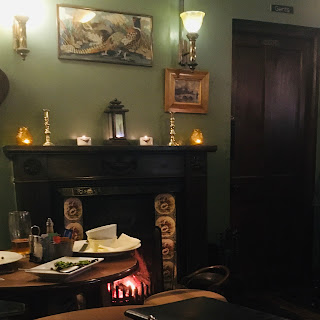 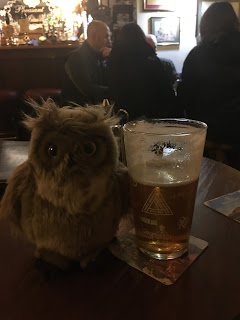 A bit like in Levens the previous day, I had to stick my body and a very long arm half in the road to get the bus to stop, which he did suddenly, and then admonished me for not having a torch!

Long way back, but drank my Fiji water, dozed off, and by Kendal, decided against a late preemptive, got my Tesco Express snacks, and being quite late, straight back to the lovely Room 11 for the second last time.  Final day tomorrow, join me for crazy tales of that one on Monday ......