The most stressful part of writing a pub blog has to be coming up with an amusing, catchy title.

LifeafterFootball is one of the best, getting much love for his recent Wyatt Riot, not forgetting Ooh Aah Everards amongst others, whilst RetiredMartin is always wowing the crowds with Perthfection, Carrbridge Over Untroubled Waters and Maiden (Giving) Head though I may've made the last one up.

So when I visit Drax and Kellington in the same day in the run up to Hallowe'en and my brain realises how much it sounds like Jack Skellington, of Nightmare Before Christmas fame, I'm giving myself a massive pat on the back and expecting all the plaudits.  Alas, no.  Say 'Burton' to the majority of my ageing readership and they're not so much thinking Quirky Dark Gothic Horror film makers called Tim, as towns in Staffordshire with funny red triangles on their beer.

My gravestone will ultimately read "A Wasted Talent", but people probably won't get that either.  At least Andrea Bocelli has named his new album 'Si Forever'.  Nice to see someone cares.

Now I've nicely worked myself up into a persecuted mindset, let's get to an utter shit pub shall we?

Every year, the GBG pukes out at the least one pub where all you can really think is "What the bloody hell were the local TWAMRA doing putting this one in the Guide?"  They are usually in East Yorkshire, and I nearly always visit them with Dad on 'car' days.  So at least Selby bucked the trend by being North Yorks, a town which has never really done real ale very well in my experience.  When I visited their local 'Spoons, the Giant Bellend, a few years back, my beer was close to vinegar.  And same here at the Nelson Inn (1599 / 2816) .  I'd never criticise a pub for being full of lager drinking scroats in tracksuits, as it is 'real life' (and preferable to the southern dining pub), but a weird blue seating colour scheme, neon screens 'showing' magic radio, shit beer and weak staff is not a great combination.  As in Kellington, two ales were on, one of these was White Dragon by Brown Cow which we'd just had before so we went for it and immediately obvious it was on the turn.  Dad went to take it back but she just hid behind the pillar, hoping he'd go away!  He had to go round to her side and say 'excuse me!' and even then, she was very reluctant to change it, claiming it was new on - begging the question, well how long had it been sitting there like a random piles of logs not doing anything.  This sure wasn't an ale drinkers gaff!  I had to 'go up' to add weight to Dad's argument before she agreed to pull us a replacement Theakstons, warm tepid liquefied human organ in style, but drinkable.  And of course, the pump wasn't turned around.  Dreadful again from Selby, they should get that Cricketers Sam Smiths in the GBG and stop messing around! 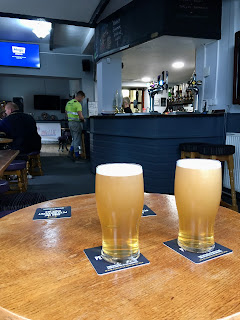 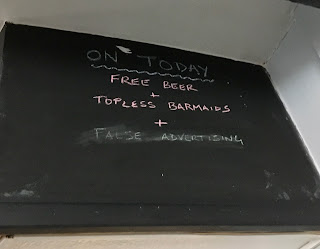 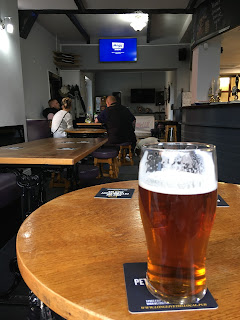 At least we could end the trip on a high, and having been to a pub in the shadow of Eggborough Power Station, we got to go to Drax (oh, and I'd like to thank the Twitterer who pointed out I was wrong to say Ferrybridge has been knocked down, because there are actually still three cooling towers standing .... top P.S. info there). 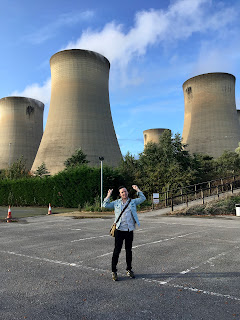 Drax Sports & Social Club (1600 / 2817) has been knocking on the GBG door for a couple of years now, not that I made it as a preemptive, but certainly worth the wait.  It felt as though the Five Miles From Anywhere in the Fens rang the Clowne Club in Derbyshire and said 'let's combine our styles to produce a super club, but it has to have the biggest car park in living memory, stupidly generous opening hours and about a million events planned, oh, and it has to be in the shadow of a power station'.  You can tell a decent 'tick' when Dad repeats about five times, the now classic BRAPA phrase "I could bring yer mother 'ere" and he could, and should.  'Simpliciter Optimus' is their Latin slogan (it was Shittilier Maximus in Selby), and some quality ales, snooker tables galore, some nice but non pretentious food, a Gary Barlow tribute, gym, golf course and Twild area were just some of the things I witnessed in this incredible complex.  As if the GBG lists 'no symbols' as a few people have pointed out, it probably needs pretty much the full set! 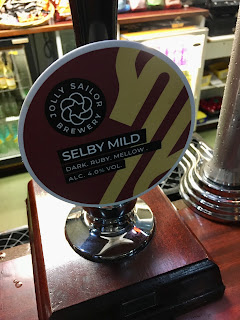 So there we go, best not push myself any harder as I had an epic day in Stockport planned for tomorrow which I'll tell you all about in two parts coming next, not that I can remember what happened.  But I always seem to say that!