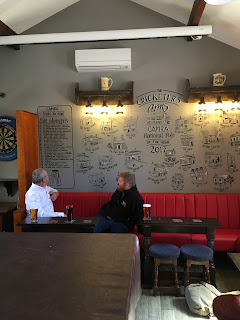 'Well, nothing will beat the Turk's Head today will it?', I'd normally have been thinking, as myself, Tom and Dad walked to our 4th pub of the day.  But in this case, I was all too aware that I was approaching the current CAMRA national pub of the year.  I wish I'd not known, and I wish I hadn't told the other two.  But then again, they were hardly hiding their light under a hoppy bushel were they? 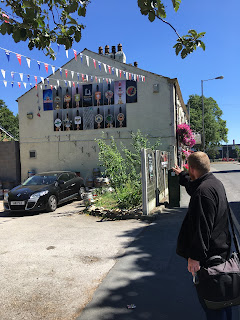 Usually, when I enter a pub anywhere in any part of the world, there is a least a vague air of 'what brings you here?' but as I was presented with a ridiculously impressive range of ales, the staff attitude seemed to be 'ahhh yes, more latecomers to the best pub of the year party' which almost made me want to stand in the centre of the room, hold my GBG aloft, and scream "YOU ARE NO MORE VALUABLE TO ME THAN A GBG LISTED 'SPOONS IN MAIDENHEAD'.  Then they gave me a pub 'loyalty' card, but it was exactly the same design as MY BRAPA CALLING CARDS.  Get yer own design losers!  So am I going to write a contrary piece about how I dislike the current Twamra favourite?  Well, sadly not, because it was quite magnificent.  The beer from Rat in 'Uddersfield, oh my word, well if I thought the beer in both the Sefton and Turk's Head was excellent, well this was of the standard of quality you rarely find.  Tom could read the time on my watch through it, the ultimate test, though perhaps not if you're on the murky murk.  It was Dad's final pint of the day, he'd move to soft drinks/coffee after this because either (a) he knew it wouldn't be beaten (b) he is very responsible and sensible.  The answer is ''b" if Mum is reading this.  A man opened a window to let a gentle but much needed draught through, the mural detailing previous winners was 'fascinating' in that it made me realise how many rather average pubs have been CAMRA faves of the past.  And whilst it's hard to call, I'd still opt for Turk's Head just because I felt it was more of an ornate calming gem, where this is 'just' an excellent boozer.  St Helens, you are spoilt for choice!


But we were done yet as we trotted up the road which something that sounded suspiciously Micro.

Like all good North Western micros (or do I mean Lancs?), a friendly greeting from the barmaid was the cornerstone for yet another excellent ale / pub experience in the town that just kept giving.  Pubs with newspaper decor eh, how do you rate them?  I've often found them problematic, a bit headache inducing as you don't know where to squint next.  Editorial in Hull used to always confound me and Dad before Hull City evening games, but alas it is no more.  And who can forget the Newshouse in Nottingham where Dad had the longest BRAPA poo (time away from the table, not length, I don't think, he does flush) in history of the competition.  Yes, pubs like this can be distracting.   And this one also had 80's music videos, and what with Tom able to get a Blackcurrant, and two toilets, and no dog blocking the floor, no etch-a-sketch, good beer from a brewery I'd heard of, this pub fell well short of your traditional micro.  Dad was even able to get a crafty J20, rather than having to buy some £5 Fentimans or Fevertree offering.  My highlight was the mirror picture I took below, featuring all of us and our hostess.  I remember being thoroughly proud of it at the time, and Dad agreeing it was up there with the best, but in the cold light of day, it looked erm, a bit more dubious!  Still, at least it reminded me what beer I'd drunk! 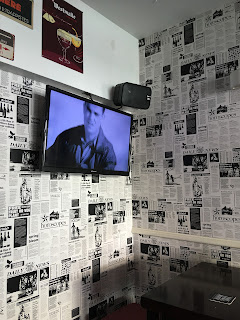 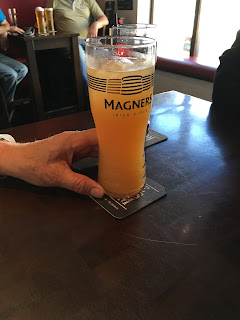 Whether it was the J20 or a restlessness brought on by this pub, Dad was up and away long before me & Tom had even had time to finish our drinks, and I found him hovering outside our final pub of the day, practically next door.  "I don't think it's this one", I said, looking up at a sign saying Sportsmans Inn, but as we squinted more closely into the afternoon sun, it actually did say 'Talbot' on two other signs,  how confusing! 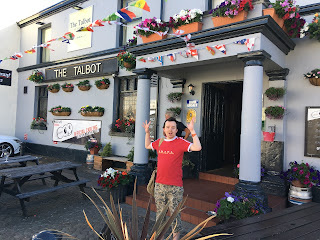 It was like the day had come full circle, this had a serious 'Sefton' vibe about it.  Old blokes dotted around a cheap n cheerful proper boozer full of large screens showing the World Cup, dartboards, pool table, drinks offers, comfy seating areas and the like.  I even got a pint of the George Wright just as I had done to start the day.  Bit of drama though as no J20 for Dad, noooooooo!  But it was okay, he's discovered a new favourite soft drink in the Ship at Acaster Malbis.  Fresh OJ in a pint glass then topped up to the top with lemonade.  I like it when he orders it, because it's still an exciting new thing, and his voice rises with a sense of urgency.  I was drunk though, and I knew that mainly because of two things, firstly I walked twice in a circle of the pub to find the gents even though I knew in my heart of hearts it was a little door just through to the right, and also when Dad asked what ale I was on, I said "same as you!" totally forgetting his exciting order.  So there you go.  I think there were lots of Frenchmen in St Helens, for they were getting very excited by the football, and every time I glanced up, there was a goal.  France scored the second we walked in, Argentina the second we left, there was a nice kind of symmetry about today.  A great day out! 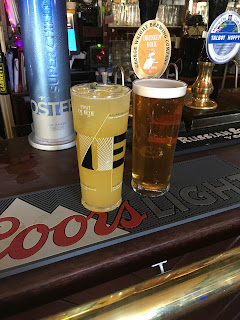 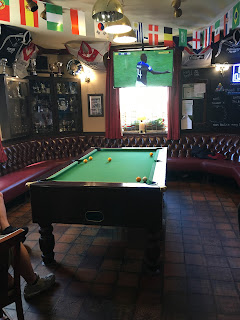 I'll be back for the June round up on Sunday (finally!), what a month it was,  49 pubs, and that doesn't include pre-emptives.