BRAPA - Dripped on in Skipton

'Twas a grey drizzly Friday evening in Skipton, my fifth visit to the North Yorkshire town in the name of pub-ticking, and not a town that has every really convinced me.  Just a bit too twee to have that satisfactory down to earth 'Yorkshireness', reflected in the Good Beer Guide entries over the years, a selection of boring Micros, a French cafe, canal side flops and cliquey clubs.  Even so-called 'proper pubs' like the Woolly Sheep feel little more than tourist 'passing through' chaos chasms.

As I squinted into the heavy grey sky, I saw my first of two pubs through a gap between shops probably selling pagan incense sticks and dolls made of lavender, and got a blob of rain in my eye as I took the photos, even the low down one!  I perhaps wasn't approaching this with the usual wide-eyed enthusiasm! 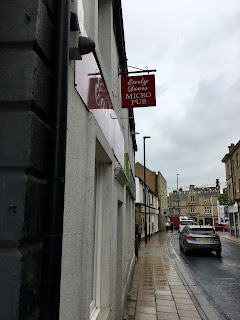 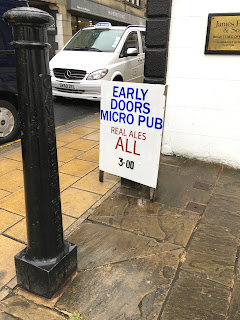 Full marks for selling all their ales at £3, regardless of strength, always nice to know where you stand, and also full marks for naming your pub after a classic pubby sitcom, although this lacked a 'Grapes in Stockport' traditional lived-in feel.  The landlord was lurking behind the door when I arrived (had he heard I was in town?) but I spied him and we exchanged 'hellos' before the delightful Mrs Mandy Doors served me in that lovely clucky northern hoursewifey way.  I ordered my pint of 'Milking It' from Old Spot in Cullingworth, a superb milk stout it was, and eyed up some very warm looking chunks of pork pie in a dish, as micropubs sometimes do offer.  I was hungry, but not this hungry, and besides, an excitable strapling in a pinstripe suit soon swooped down for the final two pieces.  "To the regiment, I wish I was there" I whispered under my breath as I edged to the wall of this cherry and cream, narrow thin pub.  There was no Tommy, there were no crime cracking coppers.  It was airy, unremarkable, boring you could say, certainly not a micro to hold your attention for more than one drink.  Four jolly blokes appeared, the bald one had an unnecessary raucous laugh, the kind which makes you think he's trying to over compensate for something, and one which you wouldn't bat an eyelid at in say, the New Inn in Denholme, but in a pub and town like this, stands out like a sore thumb.  When I realised they'd rather block the whole pub than sit down like civilsed citizens, I edged to a stool by the door which was comfier, the barman started signing Sinatra, (or was it Sinitta?), Mandy left, and after reading about Birds of Prey in Thirsk,  I wasn't far behind. 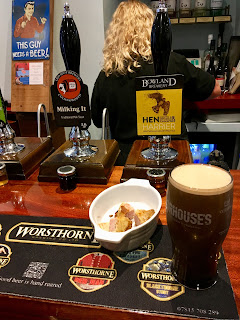 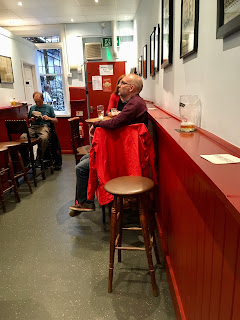 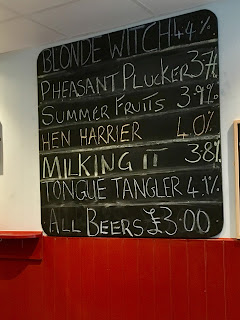 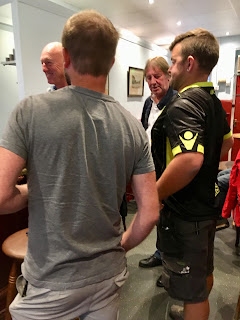 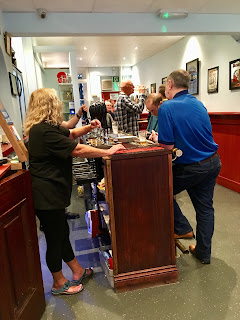 The rain had stopped now, and the air smelt like a mixture of farming and Friday fish suppers, though I had to skirt around Aagrah curry house onto the canal edge to find my second pub, hidden around the back.

Before that, a brief moment of controversy as a woman tried to get her weird husband (I described him at the time as a 'senile old fucker' but then wondered if I was being a tad harsh) to wait so I could get past, so I went on through, but he didn't see me and made a weird gargling noise, almost slipping and toppling sideways into the canal!  I heard the wife telling him "what's wrong with you?" and he did seem to be over dramatic about the whole little incident, almost Neymaresque.  He was practically signalling for VAR as I glanced back, but the pub was now in front of me. 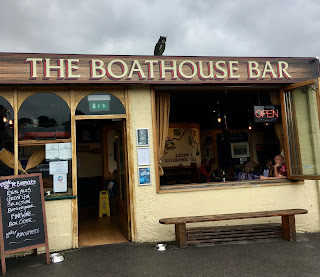 Full marks here for the owl on the roof, a sure sign of quality if you're an owl-lover like me which no one is.  Who needs a silly red triangle when you've got an owl?  This pub was immediately more interesting and life-giving than the previous one, though I say that, the staff were more interested in themselves than the customer, and the beer, Chimera, whilst perfectly fine, not as high quality of that in the Early Doors, a bit gassy.   With classics like 'Everything but the Girl', 'Texas' and 'Lisa Loeb' pumping out of the speakers, the pub did seem to be trying to channel some canal fuelled mid 90's retro summer of love vibe.  I'd done well to squeeze into the one remaining decent seat in the main room, and the sheer openness of this place was more befitting of a scorching Sunday afternoon than a grey drizzly Friday night, with conservatories and windows open wherever you looked.  Give me an underground dank dungeon to drink in over this, any day!  The couple of my right looked like they thought they were on the Costa Del Sol.  But the Boat House had been done up nicely, and with care, and apart from FOUR dogs who all arrived together and sat in a twoggy cluster of doom, you couldn't say this was at all 'Micro', despite the limited toilet facilities.  I took my glass back and departed to an unfriendly grunt from a hippy barmaid who was on her phone, and that was Skipton for another year!  I won't be at all surprise if it has something new in 2019, it's that kinda town. 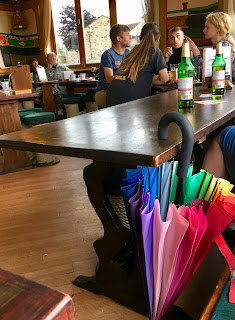 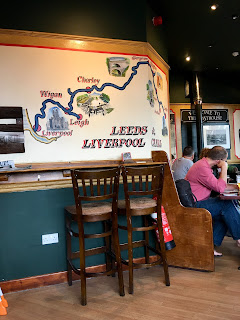 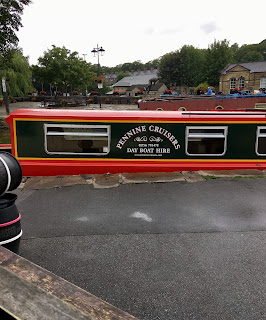 I'm in Rochdale tomorrow, but my two parted Cleethorpes adventure will start on Wednesday night.