Back on Saturday 21st Dec, it was just gone 2:30pm as I took my second taxi of the day from the village of Langwathby back into the town of Penrith.

I had to be careful with the pronunciation.  Back in September in Northumberland's wonderful village pub, Wallace Arms at Rowfoot, locals told me the emphasis should be on the 'Pen' and not the 'rith', even though I'd grown up believing the contrary.  The residents get very upset about it apparently!

This taxi driver was less Scouse, less chatty, but dropped me off happily enough outside the first of two pubs.  I was booked on a 7pm train out, it wasn't even 3pm yet so I had some serious 'nursing' of pints ahead of me! 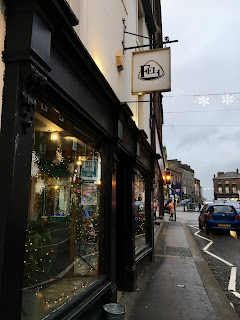 I'd visited another Fell Bar (1669 / 2886) back in Kendal at the beginning of my epic Lake District week.  I'd quite enjoyed that one after the Ring O'Bells (nice as it was) placed a bit too much pressure on the one time visitor to 'contribute to the atmosphere' and it was a welcome escape, warm and undemanding with good ale.  The sauna style wooden decking was familiar as I entered Penrith's Fell Bar, and the barmaid called people 'darling', 'love' etc. despite being young, which was a nice touch,  But ultimately, it was a pretty chilly, bland place to have a pint.  Good for your out and out drinker who is 100% focused on 'what's on the bar', but no good to a pub enthusiast.  This was despite some quite smiley folk, and having already tried some pretty stilted 'banter',  I actually 'fell' (no pun intended) down about three steps on the way back from the second floor loos (very Spoons!) back into the bar area.  I thought I'd disguised it quite well, but the smirks of the lady next to me told me otherwise.  A Christmas medley from a guy called Jackie Edwards was up there with the more dreadful Christmas music you could hear in a pub, and did little to help my increasing dull sense of sadness. 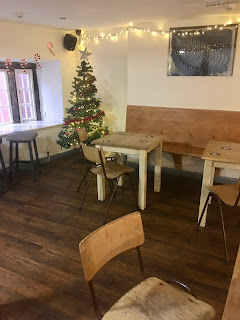 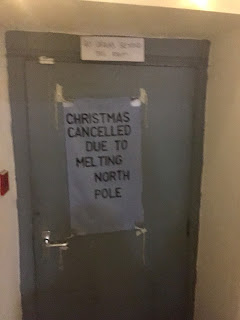 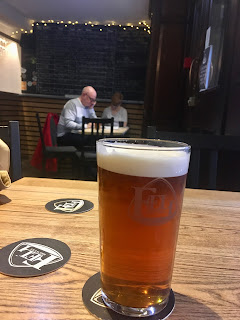 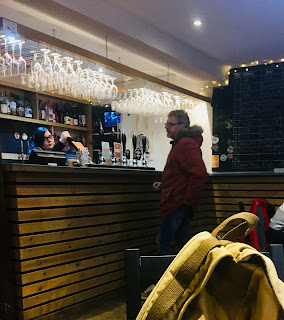 I'm happy to report though that my Penrith day would end on a high, in probably the only pub that surpassed the Shepherd's in Langwathby as pub of the day .............. 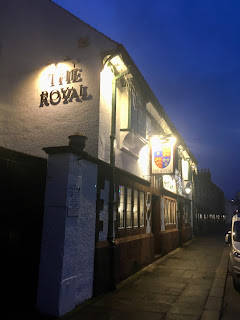 Yes, the Royal, Penrith (1670 / 2887) was the proper boozer that today had lacked on all four previous counts.  It had bawdy, jolly, red faced locals, absolutely any of them could've played Father Christmas in the forthcoming festivities, and the plethora of Sky Sports screens (even one in the gents where I found a guy glued to it - not literally) confirmed what I was already thinking, that this was the kind of place designed for Gillette Soccer Saturday football results coming through.  Okay, so my stool right in the middle of the room with rumbustious Penrithians accidentally rubbing my back every two seconds wasn't ideal, but it is a long time since I felt self conscious in a pub four pints in.  Considering I stayed here for two, I'm amazed more craziness wasn't witnessed but as I highlighted the entry green and updated my map, a bloke gurgled 'ooohh is that the up to date Beer Guide?'  I confirmed it was, and was about to launch into tales of BRAPA and my current Cumbrian quest.  It usually turns into a happy interaction, and I gain useful preemptive or transport knowledge.  But this bloke was a bit different.  "I'm just borrowing it" he says, and I'm there open mouthed like a goldfish whilst he takes it to all four corners, thumbing through it frantically and liaising with similar local men.  I tried to keep it in my sight, but it wasn't easy.  It was a relief when he brought it back.  And yes, I am glad he didn't get his hands on the highlighter pen.  It settled down after that, most people left, I got a nicer benchseat, and I did a little jig as Hull City went 2-0 up and then added a late third.  The pub (to fit in with recent BRAPA protocol) put Liverpool's World Club Cup bollocks on one channel, Man City on another, and I half watched both.


Despite knowing I still had a good wait for the train, I didn't really want to try for another pint so hoped a coffee place might be open.  It wasn't, but at least they'd left the crayons out for me ...... 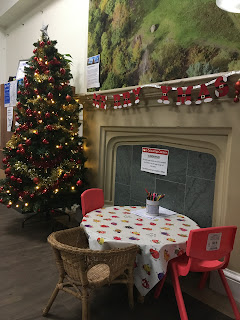 I had to change at Lancaster this time (it was Preston on the way here) and had enough time for a swift half, but could only make it as far as the only current GBG pub I'd visited before Merchants and I preferred it much more tonight than on my slightly foody summer official visit.  The Nervous Turkey was great, as was the Penguin book wallpaper! 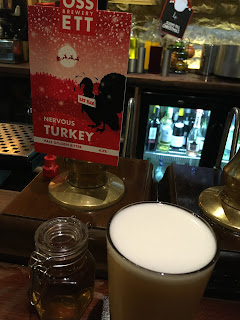 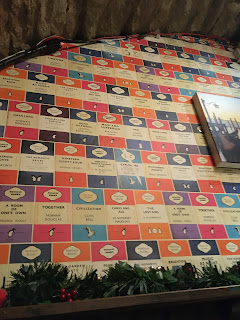 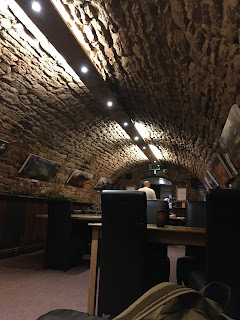 But put me in anything resembling a cellar and I will turn into a serial killer ...... 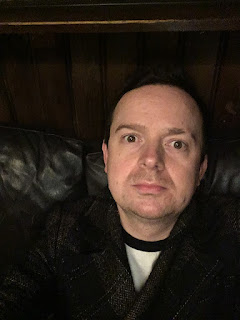