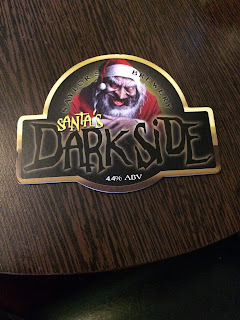 So, three pubs done as me and the Dadster (as no-one's ever called him ever) stayed on the same side of the train tracks to head to our fourth pub.  All three had been excellent so far, but this next one was to be our "pub of the day".

Despite some dodgy Irish pub style font, you can feel the quality from the second you walk inside a pub like this, a low soothing hum seemed to just engulf the pub (unless it was that strange old man in the corner), all carpets, deep greens, stained glass and polished wood.  I've been to some cracking new pubs in 2017 and this was up there.  In most towns, Bob Inn or Potters Arms would easily be best, but Chorley has an embarrassment of riches.  A bloke at the bar said "there's four other beers around the corner" as I tried to choose from five.  "Don't make my decision harder than it is" I reprimanded, for extreme beer choice is something my brain doesn't want to worry about on a BRAPA day.  "You must be busy to have nine on" I said, feeling the spirit of Twitter's beer bloggers on my shoulders.  "Yes, we are!  Well, we were last night!" was the reply.  The old bloke in the corner was looking edgy, and after Dad, I went to the loo where, not for the first time in BRAPA history, a bloke was stood outside a cubicle shouting to his boy twild (not Mary's Boy Twild) to finish.  "Has someone else come in?" whined the twild.  "Yes" replies Dad Bloke, "and he's getting impatient and wants to use this cubicle!"  Woah there Daddio, don't make me the bad guy, I'm quite happy at my urinal thank you.  But it had the desired effect, boy twild shot out and Dad Bloke winks at me as if to say thanks for playing along with my subterfuge.   And it turned out the edgy bloke in the corner was Grandaddy, probably worried they'd been murdered.  Dad (the original, and best) was impressed with the "certain similarity between facial characteristics".  Did he mean this trio, or the whole of Chorley?  Ouch.  It was time to sup up and say nowt.  We had micros waiting.  Anything could happen.


We'd tried to go to pub number 5 third, after all, the GBG says it opens at 12 noon.  But a sign on the door bearing "Christmas opening times" revealed on Saturday 23rd (a normal Saturday as far as I was aware), they'd be opening at 2pm.  Why?  Christmas + Micropub = opening hours about as reliable as Central London's beer quality.  But hurrah, it was open now, just gone 2pm. 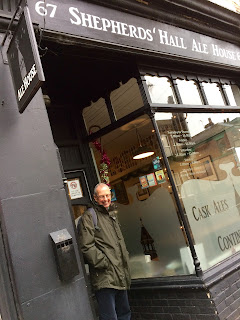 And full of folk, considering.  I think it may have been open longer, and glancing a quick judgey BRAPA eye over the inhabitants of this characterful place, I imagine they were there at 1pm with pitchforks and flaming wooden stakes demanding to be let in.  It made Dad's decision to order a strange liquorice and blackcurrant cordial all the more impressive, and as we sat in the far corner near the kind of bloke who'd definitely have chatted weirdness to me had I not been with Dad, I noted a blonde staring woman with matching Christmas Jumper husbands (the husbands, not the jumpers, worryingly).  Good job 5th pub is always my most hazy mentally, as I was probably numbed to much of the peculiarities here.  A loud woman near the bar was set off on a Star Wars rant, which showed few signs of abating, and when Han Solo's ancestry was called into question (clue, his uncle wasn't born in Chorley), all me and Dad could do was bury our faces in a book I wrongly thought they'd nicked from Sheffield.  Amusing place this, much recommended, but don't try it sober.


Tthe formula was gaining clarity so I revised it:

Across the road, and somehow even closer to the railway station, was our final pub, and it was still only 2:35pm.  Now that's what you call top pubbing.

Ahhh, I get it now, Ale "Station" cos it is near the station with a modern version of an old railway sign, a bit like that odd but good Wigan Central thing.   Well, this place had a more homely warm atmosphere than the SHAH in our opinion, and soon a bald character and blonde PISS were selling Lancashire Crisps (which were never a thing until they realised Yorkshire did good crisps, just saying) and amazingly, can remember my beer cos it was Hawkshead Windermere Pale, love it and top quality.   Dad and I sat just to the right of the bar and admired Chorley's 1954 cricket team, with names like Albert Mockett, Jeff Pomfret, Tom Edwardson (the pro - obviously with a surname like that!) and Bernard Rostron.  Has anyone in a pub been as entertained by such a thing for as long as we were, I guess we'll never know, oh and I didn't make any notes so have no idea why exactly we liked it so much otherwise, but the focus was on getting the train out of Chorley, so we could get past L**ds before the football finished and the crowds descended on us, which of course we achieved easily! 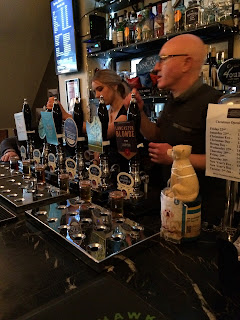 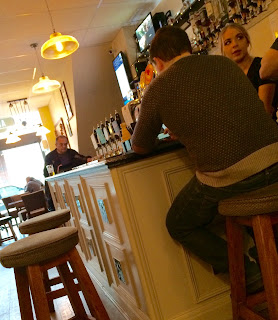 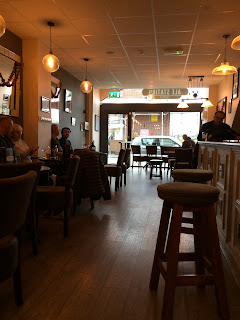 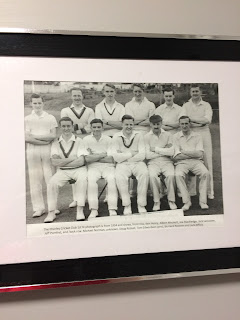 Hull City sadly lost 1-0 at the White Shyte, but we played well and Nigel Adkins told us to be positive, so even though Dad fell asleep, I had a go at a celebratory selfie on the way back ....

We still had one beery assignment as we needed to top up on beers for Christmas, and with Fulford Road's Sainsburys only selling Brewdog, we went to Hull Road Co-op which had great stuff like Little Valley Tod's Blonde, Maxim Maximus and Saltaire Triple Chocaholic, and that's as beery as I can go. 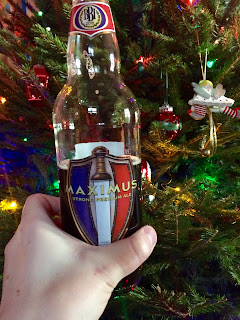 Then it was Christmas but I tucked into the sherry too cos I could.

So, I have one more pub to review (in Hull on Boxing Day), I'll write that up very soon and then we are all square on 1197 pubs going into Cheshire weekend.  The 1200 is very much in sight but in what godforsaken place will it be achieved?!