Any Hull City fan would be mad to miss the annual trip to Nottingham Forest, as we win there every year - or at least we do when I go.  This makes the VAT & Fiddle the luckiest pub in the UK, and one I enjoy as well which is a bonus, innit?

With three new ticks to do in the 2020 GBG, the trip was even more appealing, though being on a Wednesday night meant I needed to book a day and half off work so I could properly 'enjoy' it (i.e. drink what I like and stay up til 3am singing Eye of the Tiger, Tiger Feet and the chart topping 'Yer getting mauled by The Tigers'. (maul, maul, maul).

Being the BRAPA legend he is, Father BRAPA suggested we stop off at a pub on the way to Nottingham too to bolster the numbers to four.  What a gent!

Problem is, that corridor east of Derbys, west of Notts must have the highest concentration of micropubs in the UK, a veritable conveyor belt of new openers designed at dispiriting the pub ticker, none of which open by noon on a Wednesday, if at all.  We'd have to go old skool.   Here it was ..... 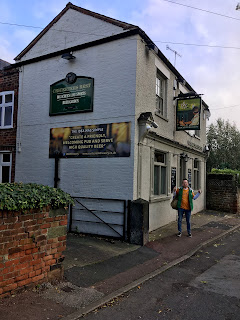 Up a narrow lane on a very tight angle, Cricketers Rest, Kimberley (1606 / 2823) was the kind of gem you hope for when you come ticking in counties like Notts, Derbys and Staffs.  It smelt like a pub, something I said just a bit too loudly and our livewire, brilliant barmaid replies "I don't know if that is a good thing!" so I reassured her it was.  You know that smell I mean, that heady mixture of beer, sweat, smoke like 1/7/2007 never happened, and aftershaves which haven't been on sale since the 60's.  A Castle Rock pub, you can always rely on them, and the Harvest Pale was on song even if my Shiny beer was so hoppy, it stripped the lining off my inner chest!  Painful.  We sat in a back snug surrounded by cricket themed photos, board games, and a mysterious outdoor area.  There was one extra reason to celebrate.  My original GBG had arrived back from Denby Dale on Monday, and to get 'first tick' since the Dunkirk under my belt was a satisfying moment!  Kimberley, a place I'd always wanted to go to since ticking begun, and now I know I'll remember it like a trip to a Pizza Express in Woking.  A great start to the day.

Was a bit of a pain getting into Nottingham and parking up as Dad wrestled with a Pay & Display before we hopped off to pub two with full bladders.

One of those where the bored looking young barman looked surprised to see any customers, and we were the only ones at Fox & Grapes (1607 / 2824) for more Castle Rock fun fun fun.  The landlord in 1963 was murdered here, so maybe that's why he looked a bit on edge!   We were in the Sneinton area of Nottingham where I'd been immensely impressed with King William IV a few years back.  This was nowhere near as characterful or charming, but you could appreciate you were in a decent refurb of a much older pub, the heating was generous, and the ale was good.  Liked the Banks's old pub sign indoors.  What more can you ask?  As one of our former strikers might say, 'you can't always be a greedy bastard like me can you?'  Anyway, a few shady characters finally strolled in for a pint, guilty expressions one and all, whether it was businessman on laptop or hi-vis milkman, they didn't look like they were supposed to be here.

Longest walk of the day was next, across the city in rush hour and a reminder what a vast, sprawling place Nottingham is.

We were in the Canning Circus area now, where on a previous trip with Tom, we'd been able to fit THREE GBG ticks into one photo - Organ Grinder, Sir John Borlase Warren and the Plough.  All excellent, and incredibly, they'd now squashed a fourth in between them! 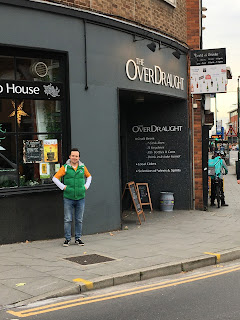 I was pleasantly surprised with OverDraught (1608 / 2825), because I knew it was a new pub in a former bank, I thought it might feel like a cross between a large Micropub and a small Wetherspoons!  Besides, capitalised letter midway through a word also sets warning signs flashing in the BRAPA brain.  But to be fair, it had a nice bustling post-work atmosphere, sweeping staircase, nice curves, and mine host had such a trustworthy reassuring haircut, I returned to the bar to ask him if he'd mind us eating our sandwiches in here.  He asked 'is it veal?' but when I reassured him it was just egg sandwiches with homemade bread, I just knew he'd say yes, even if on the surface, OverDraught wasn't the most obvious 'eat your own food here' style of pub.  I threw Dad under the bus a bit by letting him order the 'Slap in the Face' by Totally Brewed, for when I'd had it in Walthamstow, it tasted no better than fizzy piss.  But he didn't complain, so maybe it just is a beer that doesn't travel well to E17.  After all, it is a difficult place to go and keep yourself in top condition.   Not sure if it was my Hull City colours, but two men started frantically waving at me and on the way out, they told us to have a great evening and made some vague Nottingham Forest related joke that was simply too bad to recall. 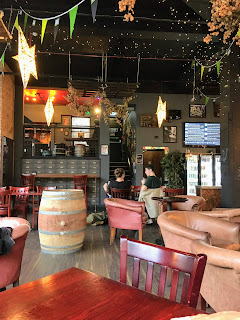 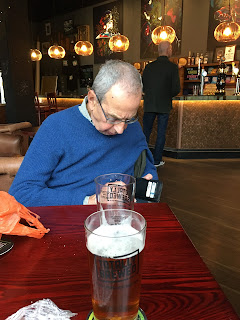 We were making such good time, we decided a preemptive situated about half way between here and the station was a good idea.  After a bit of debate, we settled on something called Royal Children because it had a funny name and Whatpub said it was a beautiful old pub with a whalebone on display and some cave cellars.  Excitement! 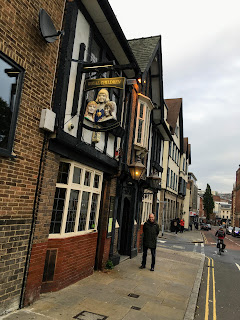 But an army of bouncers and beer served in plastic with some vague 'home fans only' signs were perhaps an indication that this hadn't been my finest preemptive decision!  I'd already been served my Castle Rock before a guy slowly cottons on to my black & amber sleeves and tells me I shouldn't be in here, so I tell him we'll stay for just this one and then go, which seems to satisfy the onlooking crowds.  Luckily, vintage playoff football finals were showing on the screen next to us so at least we could focus on something for the slightly uncomfortable 25 mins we were here!

Back at the station, our final 'tick' took a bit of locating, but once we did, the light was fading and the football crowds were building ......


Been to a couple of Beerheadz (1609 / 2826) bars now in towns like Retford and Grantham (not Melton or Lincoln yet), but this was third time lucky, my favourite yet, and we were both impressed with the refurb  (was an Edwardian cabman's shelter).  At first, as sometimes happens on visits to Nottingham (or more commonly Leicester), those folk waiting / blocking the bar were surly, rude and lacked a basic human warmth.  But once we got settled, it all turned on its head and we got chatting to one guy (though he may have been a figment of my imagination), and then a father and son duo (the 2004 Hull Hole in the Wall version of Dad and I) , lovely Forest fans, whatever next!  "Anyone can beat anyone in this division ......" said the Dad, tailing off, leaving an unsaid ".... but you aren't going to beat us tonight!"   On that note, I remembered we had a lucky pub to get to! 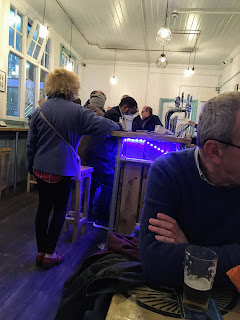 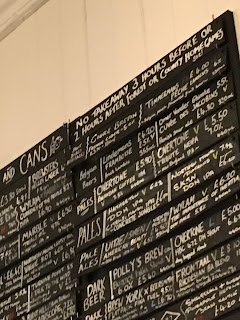 Yes, VAT & Fiddle it had to be, and less busy than recent seasons probably people discouraged by the Wednesday night late October kick off.  What was weird though, people (mainly women who were about 5 foot 2) kept coming up to me, saying things like "I remember you", hugging me, shaking my hand and whether it had been from my frequent walks to the toilet, getting served, or previous seasons (or perhaps they were just BRAPA devotees), it was all a bit bewildering! 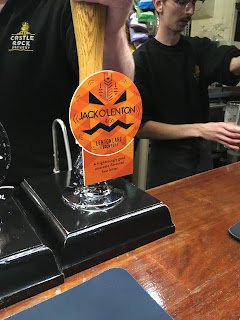 Then, we went to the City Ground.  I've been quite a lucky omen for us this season on the few occasions I've been to a match, we've played well.  So that combined with my Forest away record, no surprise we won!  They were bad losers too, you think they'd be used to it by now. 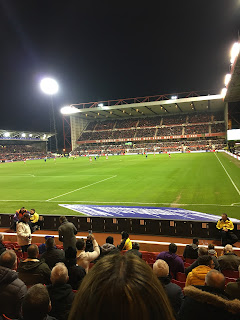 Post-match, I even vaguely flirted with a celebratory 'tick' at a place called Lower Bagthorpe (Dixies Arms) but it would've been risky with last orders getting close so we decided against it, no doubt we'll be back next year.  Excellent stuff as always from Notts.