Garstang.  I had been warned.  Boxing Day 2018 to be precise. I was trying to escape from the Plungington part of Preston on foot.  There'd been a stabbing, and I'd had to take my pint back (those two events weren't related), and my regular tour guide / BRAPee in this parts, Matthew 'SeetheLizards' Lawrenson, said "just wait until you have to do Garstang!"

But it wasn't too bad when I stepped off the bus into the #ThirstyThursday sunshine, if you ignore the old lady in dressing gown and sunglasses crossing the road towards me.

It is the location of Garstang which is the weirdest thing for me.  A thirty minute bus ride north of Preston, thirty minutes further north to Lancaster.  Morecambe and Fleetwood look just as far west.  And to the east, well nothing apart from swathes of Bowland Forest.  Considering all that, you could forgive any local for being slightly, for want of a better phrase, six fingered.  Not their fault.

Mr Lawrenson would be joining me shortly, he'd been asleep so missed the bus I was on, so for now, I braved this tick alone, amongst the sharks and the treasure ...... 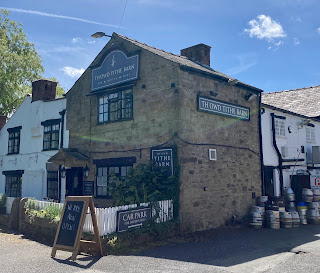 Nothing to be fearful of at Th' Owd Tithe Barn, Garstang (2211 / 3774), a pub/restaurant since the 1970's, and perhaps its relative history is what made it amongst the most palatable of this GBG sub-genre that I had ever witnessed.   The ancient farming implements were displayed on the walls with such gay abandon, they actually screamed 'instruments of torture', a warning for the casual day tripper (if casual day trippers are a thing in Garstang?) to STAY AWAY.  Of course, it could've all just been in my head, but when a seed has been planted there for 3.5 years, it is hard to shift.  A weird semi-circular style queue has formed around the bar.  One young lady is holding everyone else up.  She has forgotten she has already paid.  When she realises, she rolls her eyes at herself, silently bollocks herself, and sheepishly disappears.  One bloke wants a Tim Taylor Landlord, so being next in line, I get the same.  The quality on it is A*, the pub truly worthy of its place in the GBG.  A cyclist, bulging disgustingly in his fluorescent lycra, wants to see food menus.  The staff are funny.  Jordan hasn't realised Emma has finished pulling the first pint, and is juggling glasses in a daydream state.  "What ya doin', I finished mine ages ago?!" she tells him.  But Jordan retaliates with "you've locked me out of my til".  Check mate.  Sorry Emma, but Jordan wins this round.  Matthew arrives, and good, because a bloke on high stool swirling a set of keys who might be a maintenance man or a stalker is glaring at me and Colin.  Staff keep asking if he wants something.  He never does.  Matthew doesn't want to be a 'BRAPA Crapper' so just gets himself a half so we don't miss the next bus.  Surprisingly easy place to enjoy a drink, think Brunning & Price but less formulaic and a bit more heart. 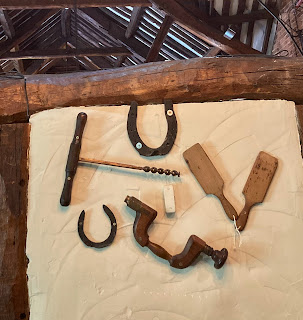 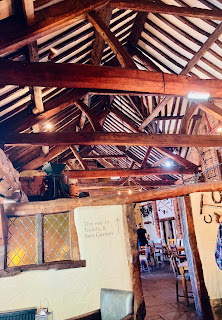 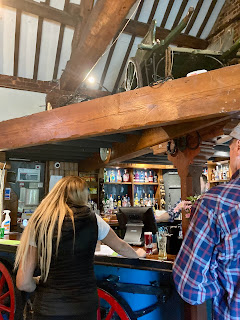 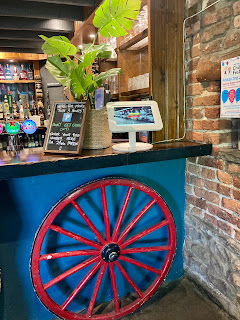 The bus chugged on in a Lancasterly direction, Matthew showing me all these abandoned buildings and Indian restaurants which were once pubs, including one containing a pool table he puked on when he was a mere stripling twild.  Where is the blue plaque?

We arrived into Lancaster at school chucking out time, so it was a bit of a crawl towards the bus terminus.

I've been here on two previous BRAPA outings, yet I managed to still have three 'new' ticks to do.

Part of the reason might be the decision to put in new wildcard GBG entries with very little longevity, like this first one  ...... 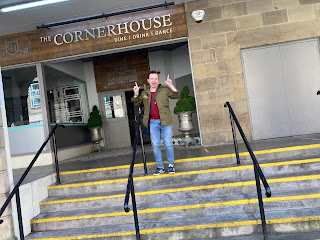 Cornerhouse, Lancaster (2212 / 3775) or Corner Ouse due to the missing 'H' on the sign indoors, thankfully had enough oddities to stop it being from as bland as it looked on face value. Matthew recalled that our old pub ticker mate RetiredMartin had a woeful time here at the height of pub restrictions, told off for not observing one way systems etc.  A peculiarly jolly customer who can't be more than 21 seems to be having a ladz party for one, propping up the bar, loving life.  Matthew makes a comment at one point, mildly amusing but forgettable now, the lad is wetting himself with glee.  He has the rosiest cheeks I've seen in BRAPA 2022 to date.  When I ask if the sweets on the bar (Haribo the most prominent) are complimentary, I'm talking more to the barman and Matthew, he interjects and chucks over a cocktail menu and tells me I should get on 'em. Sure enough, there's a Haribo one, and I realise these sweet treats are cocktail 'add-ons' and not the modern day equivalent of nuts, crisps, scratchings and bread & dripping!  I order a Bowland ale off the friendly bar dude, it starts off great but is vinegary by the end.  There was also a tiny (quite mummified) dead fly stuck to the edge of my pint glass!   "Good protein for your Keto diet" says Matthew.  He has a point.  Ever visited a pub and wondered what on earth decision making went into putting the place in the GBG?  Well that was here. 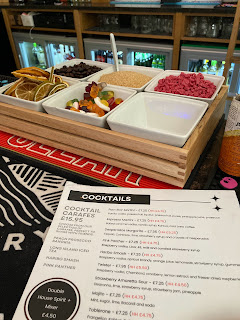 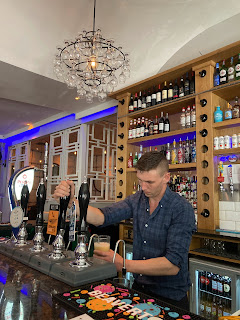 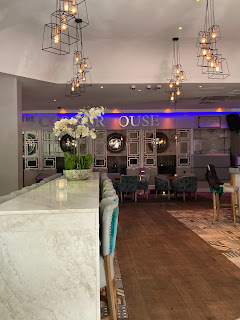 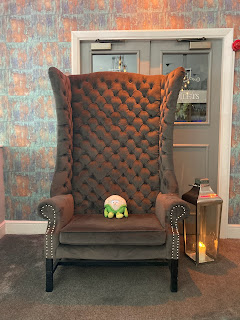 IF Col looked regal above in the most giant pub seat in memory, my spirits are lifted when I notice that Lancaster has knighted me and given me my own arcade ...... 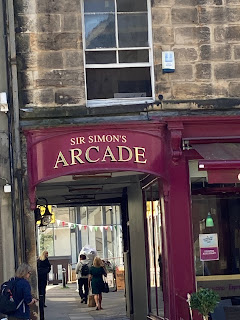 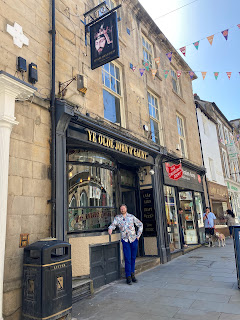 I'm declaring John o' Gaunt, Lancaster (2213 / 3775) my favourite of all Lancaster pubs, dating way back to July 2016 when I made my debut in Merchants.  And yes, I know what you purists are thinking. 'Why not the Three Mariners?' but for all the lovely historical feel, I found the lack of space a bit impossible and uncomfortable.  And the White Cross?  Nice but a little bit odd, quite unusual too, though I hear some people say they adore it more than Wizadora. JoG was special though, proper down to earth pubbing, the likes of which I've not experienced in Lancaster before.  Landlady is great, and can see my bewildered look as I note the bar blockers lined up along the bar, but a mini blackboard in the centre saying "table service only".  She quickly removes the blackboard and says "we don't do that unless it is really busy".  Shame, it would've made a cracking photo.  Matthew's got a smile on his face too, but that's cos he's spied Titanic Plum Porter.  Shame it is a Colin day, and not a Pedro one.  And what with Old Peculiar, some cracking Oakham's, and Unicorn for the purist codger, I'd say this is some good beer range.  And more importantly (cos 'beer range' is never the sign of a good pub alone), plenty of folk in here to shift it.  AND she offers us a CAMRA discount!  Identified as CAMRA members?  Never feels like the compliment it probably did in 1975.  We sat by the beautifully curved semi circular stained glass window seat, only Barclays can spoil the view.  Old blokes chat, place could do with a pub cat, and that is that. 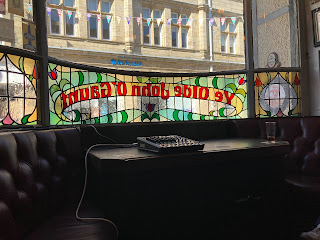 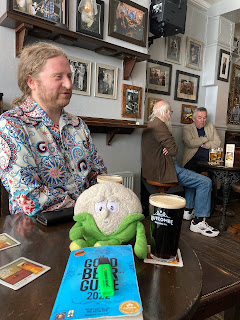 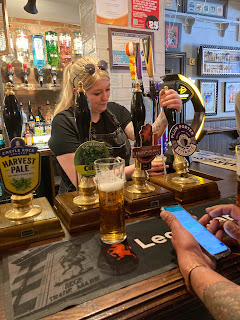 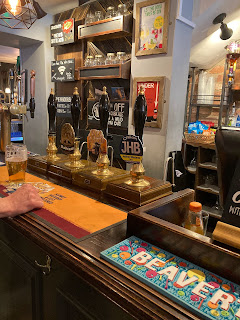 One pub to go, and Matthew has to contort his entire body into positions no human should have to, unless they are a yoga instructor or trained limbo dancer (he might be both, I never asked) but that is how dedicated he is to get the best and most artistic BRAPA shot possible ....... #PubMan 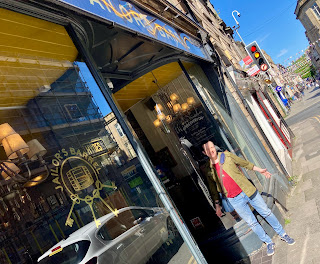 Jailor's Barrel, Lancaster (2214 / 3776) is the pub in which I can fully green the town, or is it city, for another year.  The weird 16:30 opening time, even on a Thursday, was the reason we saved it for last.  A Hydes pub, and on my shiny Hydes wall chart, I'm pinning it closer to the James Watts in Cheadle than the Robin Hood at Helmshore.  Not as bright, shiny and tinny as the JW, but it isn't through want of trying, just that we are the only customers so far.  Saturday afternoons might be different.   Having enjoyed my 'Ralf & Alf' so much in Cheadle, I go with their 'Bone Grubber' this time cos I like the name.  I cannot locate the so called hints of orange, it just tastes like decent real ale to me.  'Lancasters Friendliest Pub' says the blackboard - another thing which is hard to test with so few folk about. A couple of Gandlafian CAMRA men follow us in from the John o' Gaunt, one grunts at me in the loo which I'm taking as a friendly gesture.  And there we have it, four more pubs towards my quest of getting a fully green Lancs by the end of the summer. 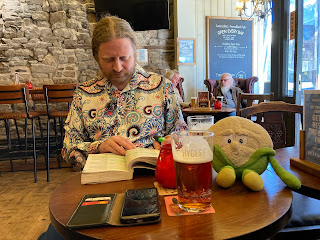 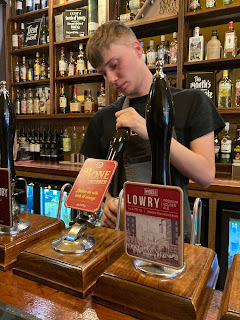 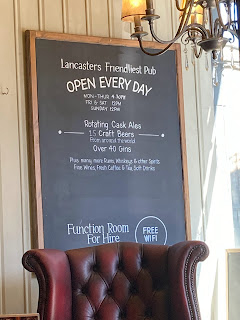 We train it back to Preston (I don't fancy an hour long bus ride after 4 pints with THIS bladder).

Although it would've been nice to squeeze in my Leyland or Bamber Bridge ticks today, again I put them on the back burner for 'outer Preston Pt 3' which is coming up this week (my last Thirsty Thursday til late June so I'm determined to make the most of it!)

By the time I reach York, and remembering work want me to do 9-5 instead of the usual 8-4, I decide to pop into the always decent York Tap for a couple .... and enjoyable it is too. 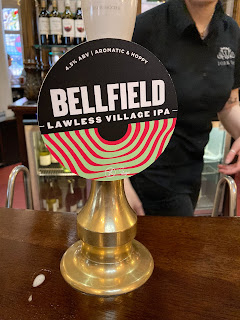 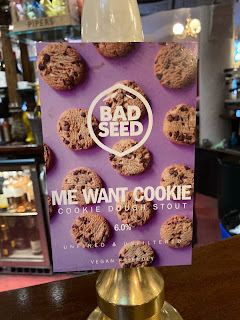 Thanks for listening, Si