So yes, I accidentally deleted my ramblings on these pubs two weeks ago, so I've had to re-write from scratch.  Soul destroying and fun in equal measures...... 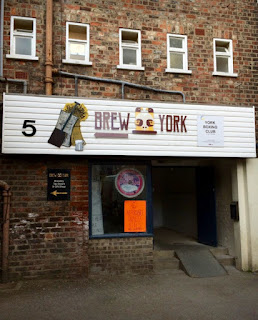 14th July 2016 and a Beer Festival gave me my first chance to try out York's newest 'pub', which was proving difficult to get to as it was ordinarily opening on Friday and Saturday's only.  After fathoming out the strange colour coded token system, I got an ale from the gorgeous brunette working for Half Moon and joined Chris Irvin, Tom's Dad, on a bench as he shovelled chilli into his face and sweated like a CAMRA member thinking about key keg.  My friend Jig then arrived, and we had a good night even if Brass Castle annoyed us with their 'rock star' antics, climbing on top of things to take photos and having a wardrobe for their bar.  Shame their ales are so good!  It was a good night, and a couple of months later, they'd extended their opening hours to include Thursdays so I could go for our "dice nights" with my York chums.  Took me a while to adapt to just having the right hand side proper Brew York bar open (I stepped in the dog's water bowl as a result) but good staff make this unlikely warehouse type set up almost have a decent feel to it (well, if you compare it to say, Drygate in Glasgow) - providing it isn't too wintry.  Their ales, which I first described as "chewy" have improved a lot too, especially the dark ones.  Give it a try.  And then go to some actual pub pubs too. 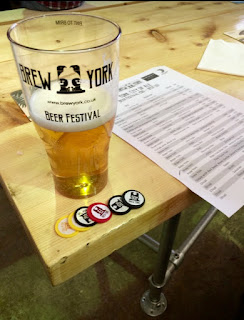 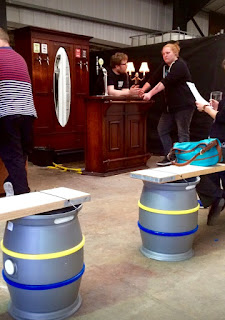 I was up in this funny part of Scotland called the Trossachs (which always makes me giggle) with lots of bitey midges on a holiday with Mum and Dad where we stayed in this haunted castle.  The knight in armour scared me, and put me off my snooker form, which had been good coming into this holiday but Dad smashed me every day.  It was already a running family joke that I'd find the nearest Good Beer Guide pub wherever we were, but the Waverley Hotel in Callendar had been as uninspiring as the fizzy Bitter n Twisted by Harviestoun and the pressure was on me to "up my game" (yes, Mum acted like I was personally responsible for the quality of every pub in the Guide!)  So on day three, which was 5th June 2008, we found this remote inn and sat in this comfy lounge drinking beers with 'Lade' puns in the title.  They were classics, I was in heaven, and at the time I thought this was a brewpub (they even sold bottles to take away) but turns out they are brewed by other local brewers.  Dad was so impressed, he booked us in for tea the following night, and despite more great ale, wasn't quite so good as they sat us in this soulless conservatory which filled up with tourist scum (not us, cos we are acceptable).  I'd always wondered why this pub hadn't made it into the GBG recently (I've still got the flyer at home) so delighted to finally see it get in and give me a rare rural Scottish tick. 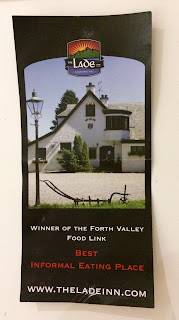 "W" was for "Wakefield, in my "A-Z Ale Adventures", the pre-cursor to BRAPA although that particular acorn was planted in my mind by 30th Jan 2014, when me and good friend Lee "Jigalo" Johnstone arrived in Wakefield on a freezing midweek winter's morning.  In our third pub of the day, Henry Boons, Jig was reading the local CAMRA mag and spotted an advert for this new place, exclaiming "oooh we should definitely try and find that one!"  But in the days before pre-emptives existed, all I could think of was "ugh, not another potential pint in an already overly heavy day!" But a few hours later, at Harry's Bar, I spotted it next door and was suddenly enthusiastic.  "Jig!  It's that pub you noticed in the CAMRA mag, we MUST go in." "Huh, pub?  CAMRA mag?  What?" gargled Jig, but I was already walking in.  All I remember was a busy post-work crowd, getting a long thin seat across from the bar, and fighting my way to the left hand side of the pub to find the loo, only to find a brick wall and be told by a chirpy chap that it was up some stairs all the way over to the right.  Agh.  I returned recently to refresh my memory on a rainy September's evening, and delighted to report I found it deliciously 'old skool' for a GBG debutant.  Highlights included locals debating whether mint sauce was acceptable on pie and peas (a real bone of contention/point of argument for me & friends at L**ds beer festival every year!), one man's daughter's messy bedroom which led to unsavoury "shit on the floor" jokes from people old enough to know better, but far too young to care.  Best of all were two posh visitor men from London taking exception to "Video Killed the Radio Star" on jukebox after a traumatic trip to the loo (too many stairs, hand dryers made them jump!), but they declared this best pub in Wakefield, and who could argue with that on this evening's form?  They even apologised to the barmaid for leaving to get their train to London.  She gave zero fucks. 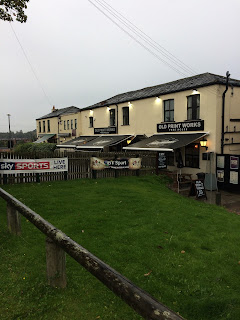 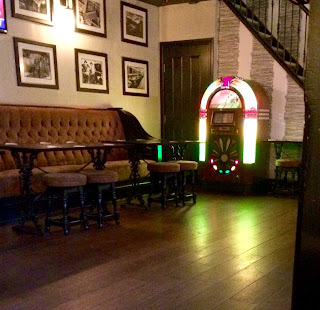 All I can say is "it's about flippin' time this got in the GBG!" for the first time since BRAPA began.  It had been high on my agenda (mainly because of the name) from 2003 and when Hull City finally got good enough to play massive clubs like Burnley FC, it was top of my agenda.  Although I'd imagined some bright, shiny, glistening silvery style place, it was amazingly basic, with a friendly welcome from the round ball-shaped landlord and lady wife, who still give me great service (and wear the same clothes) right to this day.  My first visit was 28th October 2005, just 3 days before Burnley folk annually turn into witches and grow an extra (7th) finger on each hand.  With Moonstone ales for about 10p a pint and pie n peas in little polystyrene trays, train and old Burnley pictures on walls with plaster falling out, it was a heart warming session. The fact Hull City dominated and lost 1-0 mainly cos of an inspired display of a keeper called Brian Jensen was neither here nor there, we were on Sky so we always lost.  And as the years went on, Turf Moor became a very unhappy hunting ground, making this about the unluckiest pub I've been to.  9 visits to the pub, 1 win, 1 draw and 7 defeats.  Ouch!  And I can only count twice I didn't enjoy this pub, once before a 4-0 evening defeat when it just didn't perform, and last year post-match when I had a dodgy pint of Wishbone and thought "maybe that is why it doesn't get in the GBG".  A year on, and it's back in.  Proof you can't pre-empt local CAMRA.  But memories of this pub makes me feel very happy, in a Black Horse Preston and a Barton Arms Aston Villa type of way. 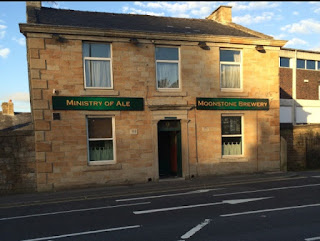 So that's yer lot for another year,  right I've now got to write about Tuesday trip to West Yorkshire which I'll do after my late tea.  Is there any rest from this BRAPA life?