My final day in Bucks, and my penultimate day of my BRAPA Spring Festival saw my feet and liver so knackered, I wanted an easier day before the final Southampton push tomorrow.   To be honest, I was running out of easy pub options from my Aylesbury base, so I wiped the sausage crumbs from my mouth and hopped on a train to High Wycombe.

High Wycombe is a funny place, everyone seems to be internally sobbing, and you don't really feel that you are "in it", a bit like Crewe without the old men and Old Tom.  A bit like Watford without errrm, whatever Watford has to commend it.

After a January disaster saw me failing to understand the Little Missenden wasn't accessible from Great Missenden, I'd gone back to BRAPA HQ in York and formulated a plan which could fail.  Bus to a pub called the Bat & Ball in Holmer Green, and a two and a bit mile walk.  Easy.  And by 11:30am, I turned the final country lane and the village was there, an almost emotional moment! 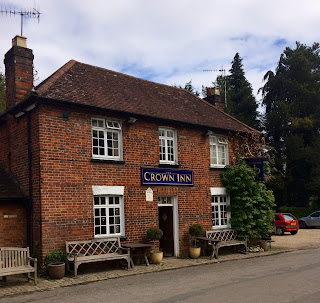 I nearly missed the pub as it was right through the village, past the inferior (so I was told) Red Lion.  The pub was already serving it's function as the hub of local gossip and intrigue, there was a HUGE PILE UP (i.e. two cars had a bump) causing TEN MILE TAIL BACKS (slight traffic jam) on the main road just outside the village, and the locals were lapping it up in a way not seen since the Old Hall in Sandbach barmaids speculated on how squashed that poor pedestrian actually was.   So less than a week ago then!   The landlord was a proper archetypal village landlord, green of jumper, steely of gaze, firm of handshake.  When I ordered an Otter Bitter and he boomed "FOUR POUND PLEASE!" there was going to be no complaining from a stingy northern monkey like me.  That was left to an old chap who came in and got teased for having not been in for over a month.  "I've been in Wetherspoons instead!" he bravely joked "you can get two pints in there for the price of one of yours!".  The landlord nearly smacked him, but the locals who now included a Scot and a Welshman were interested to see me whip out the GBG and we were soon chatting BRAPA and Buckinghamshire's finest hostelries.  I then made the mistake of mentioning Hull City and was quite rightly castigated, this was a Swansea pub (of course) and I chuckled as they suggested we'd stay up instead of them.  After a few more handshakes and chuckles, I wandered back to Holmer Green. 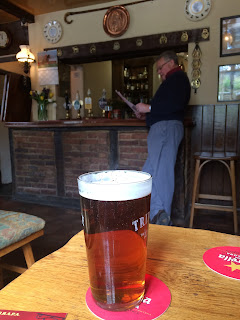 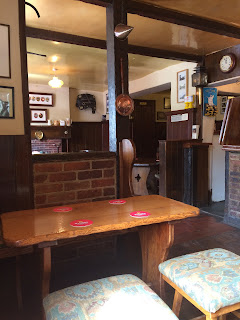 Apart from accidentally walking into some posh families back garden, the walk went surprisingly quickly and I hopped on a bus pretty sharpish and made my way back to High Wycombe bus station, where I had a stale cheese and pickle sandwich next to a lady with no teeth, and then hopped on a bus to this weird place called Downley that looked like a housing estate extension of Wycombe.

I crossed this very nice common, went through some woods, and found myself in a place called Naphill which was a main road where everyone was cleaning their Land Rovers and wearing dark glasses.  The pub sign promised a break from real life, Wheel Life! 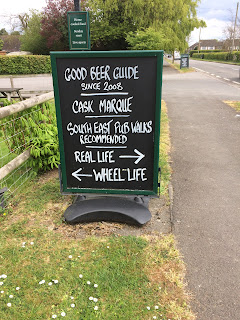 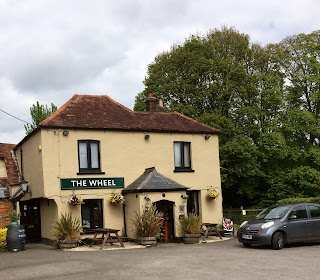 Another cracking village local, and if the "wheel life" sign wasn't amusing enough (which it obviously wasn't), there were plenty more jokey signs about walkers, beer festivals and the yellow pub Twabrador making unreasonable food demands of gullible visitors.  I didn't see it, it was probably aware of my Twog invention.  The blonde barmaid (Gillian) had a jovial farmhousey air of a lady who was constantly working out the next joke in her head, but before I could get too comfy with my pint of something Locale, I peered beyond the bar to see "The Grumpy Old Man's Club".  Yes, these signs can also be quite generic in pubs but these old men, wow, this was full blooded Yorkshire grumpiness - I noticed them all sat in the dark, silent, staring menacingly at me through the murk.  They hate walkers, they hate pub visitors, and this back room belongs to them.  I knew my place, in the airy front bar!  Do you want to know a fun fact about them?  They were ALL called Terry.  I know this because in a three minute gap, I heard "Pint of IPA Terry?", "Goodbye Terry", "Is Terry coming in, Terry?" and eventually, "What's he doing wandering around the carpark, is he lost?  Who is it?  It's Terry!"  I was loving the pub, but wondered how I could piss off the Terry gang even more so I asked Gillian LOUDLY what the WiFi password was.  Sure-fire winner.  (It was in big letters on the blackboard anyway, I didn't need to know!)  And just when it couldn't get any better, a parcel courier played by the ghost of Ugo Ehiogu arrived and dropped off a package with a real sense of urgency uninkeeping with the pub.  Great place. 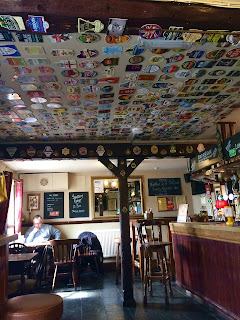 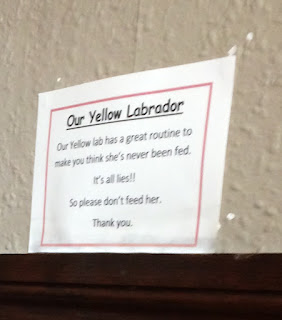 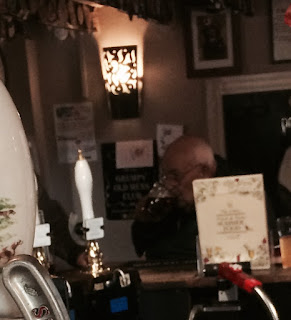 I wandered back through the woodland, got a bit lost, climbed over some barbed wire fence for no reason, and arrived at a pub I'd passed along the way that just so happened to be in the GBG.  I'd heard raucous laughter and chatter of lunchers, cyclists and the like before so was glad to hear it had calmed down. 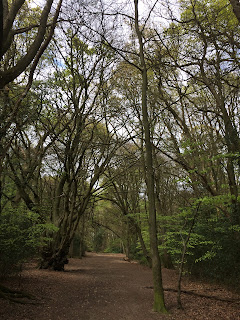 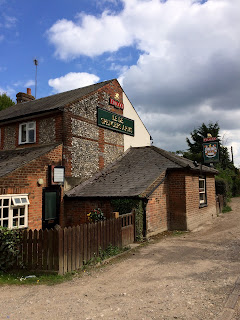 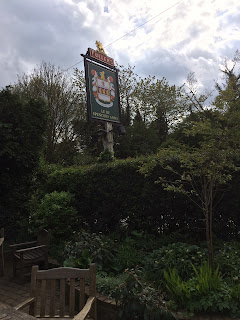 And suddenly it all made sense, a pub that locals all holiday had been calling the "Lady Spencer Arms" - well they must've been meaning this one!  Silly Bucks pubbers.  Or just my hearing.  Anyway, as I ordered my "no surprise" £4.10 pint of something unashamedly Fullers, I did the #pubman thing and asked if wanted the 10p as I'd given her a tenner.  Her reaction was as though I'd said the most helpful thing ever witnessed in this probable tourist hellhole ever before!  No, to be fair, this looked like a half decent pub but what with a few whining twogs, and some toffee nosed Mum's with student daughters cluttering the front bar, I decided it was nice enough weather to sit in the expansive beer garden.  Slightly concerned that one man had an orange shirt so bright even by my standards, he twitched nervously and looked like a Guantanamo escapee.  So I hid behind a tree.  A bit disappointed the tables next to me still had empty food plates and Corona bottles, so I tucked into my own snacks and right on cue, barmaid came out to clear the table and I felt obliged to half hide my cheese n onion roll.

Bus back to Wycombe where I got talking to some lasses with terrible attitudes towards their Dads, who I later realised were schoolgirls and was worried I'd get arrested.  But back in High Wycombe station, more problems as all the trains were cancelled for nearly two hours, at rush hour!  It was chaos, putting an end to my vague "Long Crendon" and "Haddenham" hopes, meaning I'll probably be back in Aylesbury sometime before the end of 2017.  Waaaah.

With hindsight, I should've gone to the Belle Vue but instead spent rush hour on a Friday evening in the dull beyond words Bootlegger across the road.  I asked the young barmaid if the chocolate milkshake ale tasted like chocolate milkshake, but she looked at me like I had three heads, so I took up a posing table next to 5 student girls, with an air of smug satisfaction that one can only have when they have had a poo in the ladies toilets on their last visit here.  Which of course, I have.  The refurbished gents was sadly in order today, and despite the comic strip decor, a massive anti climax!


So that was that, my usual routine of Waitrose for tea, a bit of TV, I'd have dismantled a Corby Trouser Press if I could've, and then packed my bags and got an early night for my trip to Southampton early tomorrow.  More on that in my next blog.