It would prove to be a particularly messy day.   The master of our own downfall from the word go by shunning a coffee in Stoke station for a return to bod for a swift Titanic Iceberg (drinking the SEVENTH pint first is never going to end well) before the connecting train.  I justified it by suggesting that entering at 'street level' rather than from the station side, we might get a totally different experience is this strange split bar.  Perhaps it is only a 'pub tick' if you've been in both sides?  Just saying. 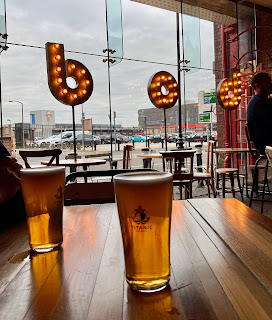 But once again, it failed to excite.  Guessing what football team various punters supported, and wondering if anyone was going to hurdle the divide to get closer to their mates were the only points of interest.

The football heavy crowd all jumped on our Uttoxeter train to our shock, bound as it was for the bright lights of Derby and Nottingham, and by means of a change, Leicester and Sheffield.

A local with an air of an unholier Frank Zappa then misinformed us about our bus, and in my moment of indecision, one of today's heroes, Staffordshire's finest taxi driver Chee Seong Lee swoops down on us and offers us an easy way out.  I've taken too many taxis of late, but was never going to say no.  Got us to pub one a lot quicker.  I hint that he might like to hang around for 27.5 minutes and take us to Marchington, but his surprising response implies it is not far to walk, and I should stop being lazy'. 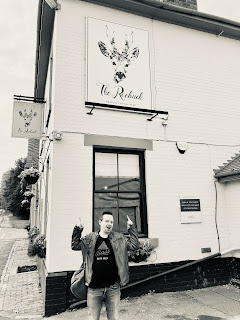 We walk in and to my amusement / horror, the staff are all mimicking my above BRAPA pose and ask if I'm going to do the same as I order my pint!  Welcome to Roebuck, Draycott-in-the-Clay (2006 / 3435) , a pub which looks insufferably gastro both online, and from the outside, but this bar we were in at least had enough pubby qualities to place it third or fourth out of six in today's final rankings.  Their own onsite brewery too, that'll keep it in the GBG for eternity, says the cynic in me, but we were well impressed with the ales.  As Dad wees, I quiz our barmaid and a local on walking to Marchington, and despite arguing over which direction we should walk in, both seem to think it is a walk we should undertake, chiming in with the views of our taxi driver.  The loos in here are great, they play piped Only Fools and Horses episodes and have framed pictures from the show.  Not since Hemingford Grey's Blackadder have I heard piped comedy in a pub loo.  Am sure a second pub also did this today, but too drunk to remember which one.  After this, the pub experience all went a bit Paul Simon Graceland, as in this man walked into the room and said his whole life was on fire.  After the staff agreed he'd made some terrible life choices, he got a big hug.   Then the end credits rolled, and Daddy BRAPA and I were outta here! 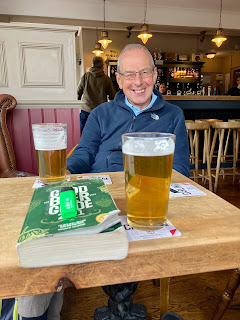 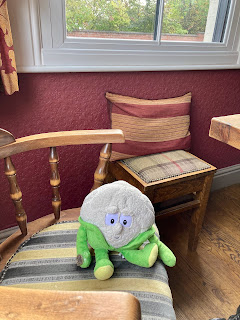 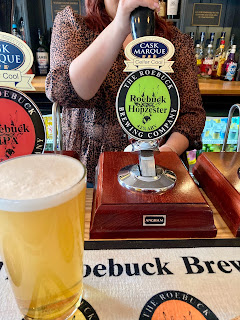 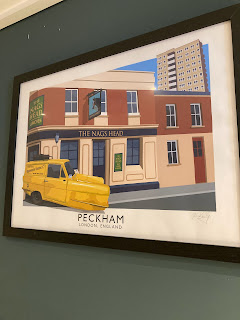 So I plug Marchington into my phone.  41 minutes it says!  Ooof wasn't expecting that, but barmaid, local and taxi driver had all spoken, so all we could do was march it out and stop being York softies.

It was more like half an hour in truth, though sweating buckets by now in my quality new red leather jacket (NOT PVC!) and a roaring fire in the next pub I'd normally admire didn't help.
Here it was ...... 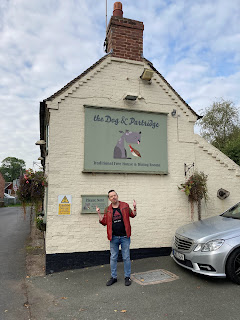 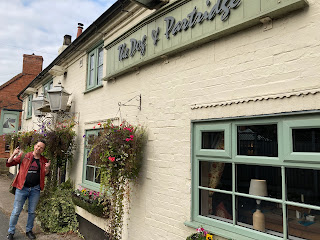 It looked like a pub, it felt like a pub, it was my second favourite of the six today, welcome to a fabulous pub experience at Dog & Partridge, Marchington (2007 / 3436) .  When you see an ale on called Clever Colin, you know you are in for peak BRAPA fun.  Sat at the bar, our two favourites of the day, Sharon and Barry.  Nothing more heart warming on BRAPA days than meeting lovely strangers, and these were two of the best.  Sharon explains Barry is working his way through the ales left to right (Dad orders a 'Handy Andy')  Was Bass on?  I don't think so but I only had eyes for the Colin.  I get chatting with Sharon, loves a good pub ghost story like me.  We bond over Derby and Derek Acorah which is probably a line no one has ever written before.  I'm just getting into full BRAPA explaining mode, but Dad, keeping me grounded, reminds me I need to ring a taxi sooner rather than later with no bus for 50 mins.  With Uber refusing to play ball as it always does when Daddy B is in town, I go outside to ring Alton Towers taxis and hope I don't HAVE to go to the theme park.  Barry comes outside for a smoke, eschewing the virtues of pubs in Gwent, a county I admit I'm wholly unfamiliar with.  He is one of life's characters, you could say a bit bonkers in a good way, former military, freemason, he once diffused a potential war in Finland by introducing the locals to his 'Nargle' - a sign you do where you raise your hand to the centre of your face and waggle a finger,  A lot of fun, give it a try!  Back inside, we all sit down.  Sharon even gives us her number for future awkward Staffs trips.  The Loch Ness marathon is among the hot topics of debate (sponsored by Baxters Soup, funny what you remember), as Dad spies our taxi on the horizon.  Time to drink up and go.  Fabulous pub, lovely people. 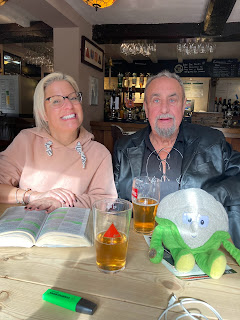 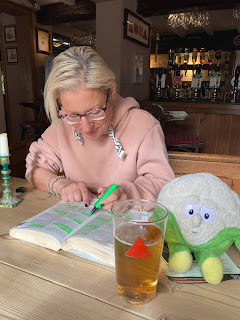 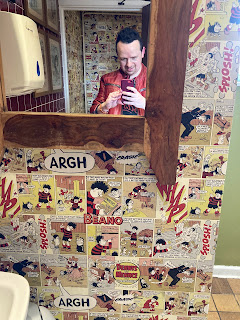 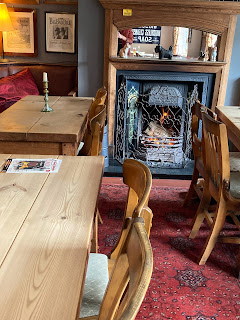 Hopping in the taxi, who should it be but only the legend himself Chee Seong Lee!  He doesn't even look at all surprised to see us.  Outer Uttoxeter here we come.

And because my memories got pretty hazy very quickly, I'll tell you about the other four pubs on Sunday in a slightly briefer way (he says now).

Take care, have a lovely weekend.