Halfway through my Saturday 2nd October six pub extravaganza, and you find me walking through St Albans to my final of the nine pubs which feature in the 2021 Good Beer Guide.

I pass the Lower Red Lion, where I enjoyed a beer festival in 2006 a little too much.  My first St Albans tick, eight years before even I knew about BRAPA!  As I keep walking, I see the Black Lion where I stayed the night, and opposite, the Blue Anchor.

I remember this because as I marmaladed my toast with a banging head back on that sunny Sunday morning in Apr '06, Dad points out of the window, sniggers, and says "Blue Anchor / Blu-Wanker".  He was such an immature 59 year old. 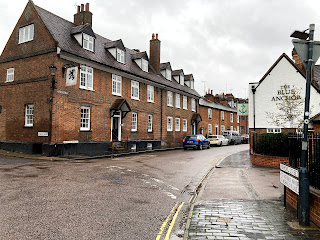 I find my pub nestled amongst a row of terraced houses, it looks promising ...... 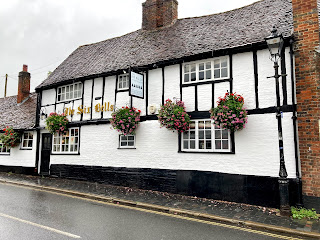 And it so nearly is a classic, the Six Bells, St Albans (1991 / 3420).  I'm greeted by a roaring fire, the first of the 2021/22 season and a welcome sight in the midst of all this wet murky weather.  The staff are personable enough, the Oakham JHB is in glorious condition, and in different circumstances, we could be phoning in a late contender for Herts pub of the month.  But.  Another of those BRAPA buts.  And this one is bigger than a Kardashian one.  The majority of the 'pub' is a restaurant.  A wolf in sheep's clothing.  The punters aren't stupid, the drinkers who've come early are nestled around the fire.  Leaving three quarters of the pub a 'reserved table' heavy, rather chilly, bare boarded historic gastro pub.  A well meaning member of staff shuffles me around a corner, not even in sight of the fire.  A blue bloke gets the same treatment.  He looks as miserable as me as he waits for his mates.  His sister dropped him off, he's 'famous for playing for a cricket team' he tells someone rather tantalisingly, he hums piped Piano Man by Billy Joel, determined to rise above his misfortune, and you know what he is right.  A nice pub in many ways.  His three mates arrive.  Definitely no chance of smuggling a snack now, they are all side on to me and slightly watchful.  I dial up an Uber.  It'll be here in ten.  Luckily this JHB is highly quaffable. 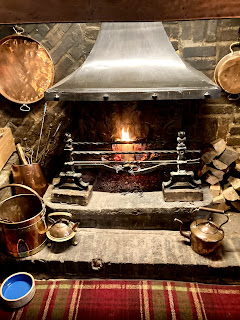 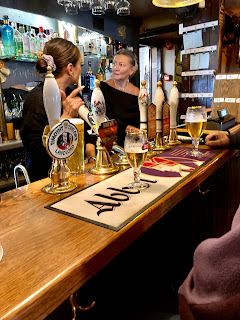 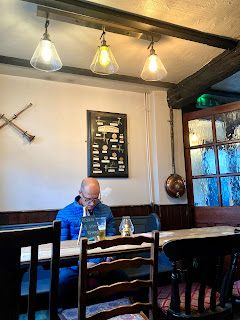 Hallowe'en might still be some way off, but enter the month of October, and everything starts to look a little bit more spooky.   Take my Uber for example.

It didn't look much like a pub on first glance, more a chalet for the criminally insane Gooner, quite a remote location for Herts and as I step out of the car and the rain and wind whips around my face, the weatherboarded exterior makes a lot of sense. 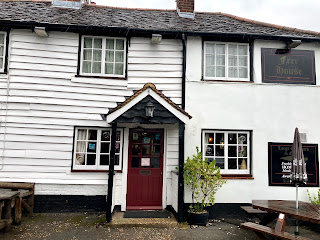 The view that greets me the second I step through the door, I immediately photograph, as it is enough to swell the heart of any pub lover: 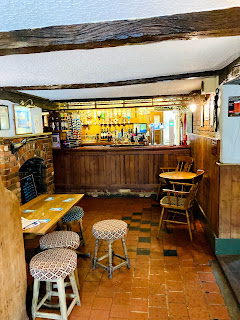 Crooked Billet, Colney Heath (1992 / 3421) is in many ways, pub of the day.  Two downsides to make me reluctant to make such a 'declaration'.  The quality of my Young's Special wasn't fab, and I was pretty much the only customer.  I guess the two things could be linked.  No chat with the landlady but she seemed pleasant enough, one of those awkward situations though where we kept bumping into each other, on my way to loo, having a little explore, way back from loo, may've been awkward had this not been my fifth pub.  I sat in the front right hand corner, nicely nestled away amongst the Arsenal porn adorning the walls.  Daddy BRAPA would've appreciated the various nooks and crannies allowing opportunities to smuggle a snack, and my bag of giant cheesy footballs in the realms of top tier snack territory.  David Rocastle would've approved.  Brian Marwood would've hogged the bag.  Chuba Akpom would've crushed them all and ran off in a huff.  Terry Neill would've remained stoic.  The music fits the pub too, it is hopelessly circa 1972-1976, so much so I'm sure a hologram of Old Mudgie briefly appeared in the far corner.  Finally, a few real life blokes did appear, their accents suitably nasal.  Think codgery Janet Street-Porters.  Actually, don't,  A true gem, kind of feels like it belongs in Essex more than Herts, if you know what I mean. 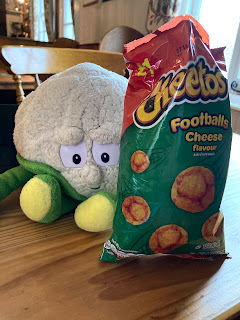 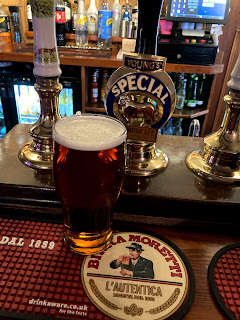 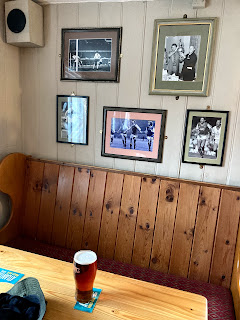 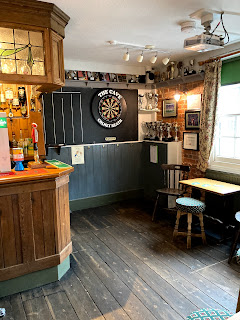 Did I walk the 49 minutes to Welham Green for our final tick of the day?  I'd like to say yes, but I really have no recollection.  Strong stuff that Special!

Now I've mentioned many times the perils of ticking a 'club' as a GBG wielding, CAMRA card carrying fully paid up member.  You just don't know what you their rules are, or what reception you will receive.

But I cannot remember doing it as a sixth 'pub' of the day before.  When your inhibitions have gone, as has your memory, so I just strolled up to the place fully expecting to walk in, get a pint, drink up and go.  You know, like in a pub.  WRONG SIMON! 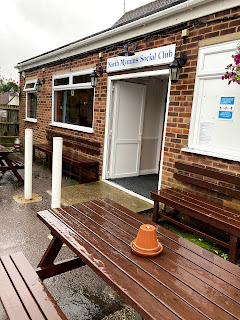 Peering in through what seemed like french windows as much as a front door at North Mymms Social Club, Welham Green (1993 / 3422), it is soon evident that someone is going to have to gain me access.  A group of blokes stood around the table peer at me, almost like they are shooing away unwanted vermin.  "Members club only" someone growls.  A nice young lass, who I'd come to know as "Louise : 'Orrible Child" unfortunate name for such a nice person, comes over to confirm this, but suddenly a drop of rain drips down the back of my neck, sobering me up 1%, enough for me to blurt out "I'm a CAMRA member" not something I'd say out loud even to close family, but needs must.  This initially confuses Louise n co further, til our hero of the hour and knight in shining armour Dougie, rescues me.  "You got a CAMRA card mate?  Yep, yep, all good, it checks out, he's allowed in!"  Hurrah!  Well, everyone is apologetic verging on feeling guilty after that, I tell them no need.  They apparently get a lot of kids wanting to come in to play pool and stuff.  Riff-raff eh?  Unlike me.  I stand at the bar the whole time after that, chatting mainly with Dougie, his mate Jack, and Louise ('orrible child) who I'm sure said she was one of the many trainee vets who work here (I put dentist in my notes but think that is wrong) cos I remember asking if working here, serving these blokes, was good training for having to look into an angry Rottweiler's mouth etc. later in her career.  Dougie gives me a bit of a tour, showing me the upstairs snooker room, though tables are covered, my usual surreptitious photography is nigh impossible as I feel just lucky to be here, and I've been looked after very well after a difficult start and only have nice if hazy memories. 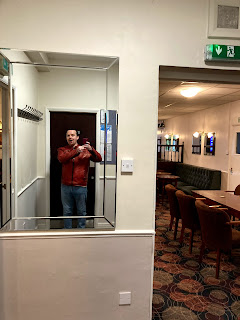 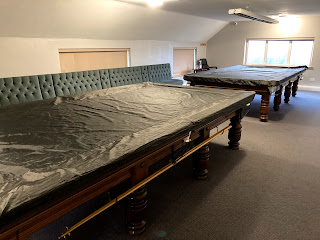 A short walk back to Welham Green station (though I do manage to get lost down a cul-de-sac), back into Hatfield for some snacks and an early night.  Big day tomorrow as the probably famous Coxy (StephenPie) off of Twitter would be driving me around some weird rural 'uns.

See you tomorrow for that epic,