May started with a peculiar interloper at the Ramsbottom British Legion asking if I'd tried Banana Bread or Brewndoggle beers, and it ended with me walking around in an aimless circular tour of the bar at Birmingham's Head of Steam taking selfies with a cuddly cauliflower..

Such are the contrasting atmospheres which make GBG pub ticking the most rewarding of hobbies.

But I'm not too concerned by that, quite relieved actually, because since about mid April, somewhere 'twixt epic Berkshire catch up and Manchester Punk Festival, I decided (in conjunction with bank balance and tummy) that I'd gone in a bit too hard on 2022 ticking, and reining it in a bit seemed wise.

Finishing North Yorkshire, Durham and Hertfordshire have been the main achievements.  We've seen significant gains in Lancashire and Greater Manchester, and the Staffordshire 'green dream' is still alive after a couple of long overdue, morale boosting visits.

Happy to report a sharp upturn in beer quality in May, and the pubs were on the whole solid if often unspectacular.  Here are the ones being put forward for BRAPA pub of the year contention on 31/12/22.
.

And plenty of others could've easily made the top five, like Red Lion in Cotherstone, Lord Nelson in Appleton Wiske, Cross Keys Hotel in Hednesford, Crown in Elford and Brown Bear, Braughing.
Quite a few dull 'what's the point?' kind of ticks this month, but at least they generally had someone with a winning smile serving ale worthy of GBG inclusion.
The ale at Barking Dog, Urmston was good too, but that's my worst pub of the month because it just offended the sensibilities on just about every single level ..... 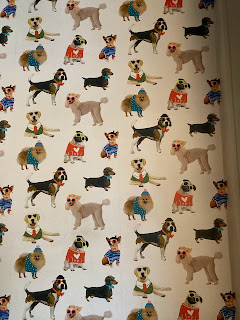 JUNE!
Onto June then.  I was going to report that my first tick wouldn't be until 11th June.   But when I saw a pub I've been struggling to tick off opening all day specially for Bank Holiday weekend, well I just had to book a little impromptu Jubilee trip out.
But yes, the first half of June will be quiet, what with two beer festivals, a wedding evening and then work spoiling my #ThirstyThursday fun by making me do Business Loans cos that's what they think I was put on this planet for.  I might squeeze out the odd #WWWSI (Wine Westerns Wotsits Staying In) to give myself a little light relief so look out for that on my other Twitter page if you are that way inclined.
June should pick up in the latter stages and end with a bit of a flourish so not all's lost, but I'm predicting a lower tally than 44 overall.
LANDMARK!
I'm on 2232 current GBG pubs as we speak.  And you know what 2250 is don't you?  Yes, half way point in the GBG.
Trying to predict where and when it will be is tricky.  Looks like either being at the beginning of my summer hols, but it could just as likely be a non descript micropub on the outskirts of Preston with an Otter and a Lizard on a random Thursday afternoon.
WINTER BREAK!
I'm not saying Lockdown Nostalgia is a 'thing', but there are times when I think back with fondness to wine, westerns and wotsits, to sci-fi, pies and scampi fries.  Simpler cheaper times.  As frustrating as pubs being closed for ages was, adapting to a new routine, long pointless walks around bits of York I didn't know existed, you know, there were times I sort of enjoyed it.
The need for an occasional reset, to revive my appetite for pub ticking got me thinking of having a month off.
And when I started thinking of the best time of year to do this, it was quite obvious.  Christmas.
I've long since hated ticking in the build up to Christmas, when the Twumpers (people in pubs who wear Christmas jumpers and are also twats) are out in force.  Pubs are packed, getting served is a hassle.  My C*lmore experience last December was the final straw.
New Year's is rubbish too, for different reasons, especially around NYD (Sheffield two years back was one of the most dispiriting BRAPA days ever).  And as for that first two weeks in January, pubs love to go on holiday and shut up shop without telling anyone.  "This is the time when pubs most need you!" goes the cry when idiots do 'Dryanuary', but sod that for a game of soldiers cos half the UK's publicans are sunning themselves in Torre-bloody-molinos.
So, after I complete my final tick on Sat 10th December until Thursday 5th Jan (if anything is open!), I'm downing BRAPA tools.  I've got my whole life to complete this bloody book, I'm not in any rush, as one famous man once said 'the best hobbies are those you never quite complete' (even though, eventually, on my death bed in a West Wales outpost, I do want to do my 4,500th tick.  No fanfare, just a bonus Welsh ESB.
So there we have it, all up to date.  Let the quest to complete Lancs, Staffs and a mystery southern county all begin, June is here!
Si