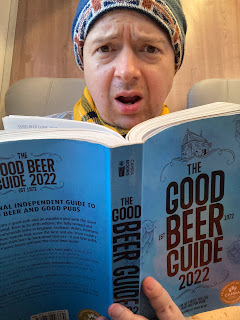 Good evening.  It doesn't feel like a whole month since I was last sat here writing about October, and yet so much has happened in the world of BRAPA and my quest to one day, have a fully greened copy of the current Good Beer Guide.  When will that be?  2043 is still my estimate!

I jest of course, the Good Beer Guide ticking process is always a case of 'two steps forwards, one step backwards' when it gets to the cross ticking stage of the year.  Traditionally late-August to Mid September, but nowadays late October to mid November due to the events of the last two years.

My true number of GBG pubs visited is actually a record-breaking 61, beating the 60 I achieved this July.  My liver is groaning, but I'm more than satisfied with both this, and the fact that I am already only 65 pubs from getting back into 'credit'.  A process which in the past three years has taken me 5-6 months!

I've picked out eight pubs which particularly impressed me, in order of date visited.  And these will go into the hat for the BRAPA Pub of the Year awards which I'll blog whilst drunk on New Year's Eve night with Jools Holland muted in the background. 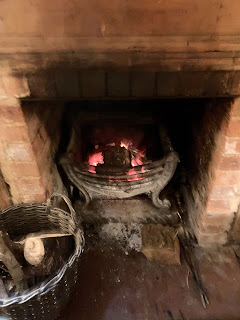 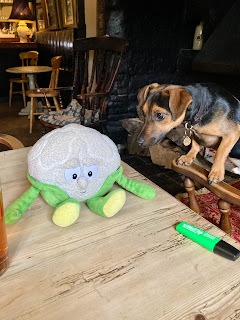 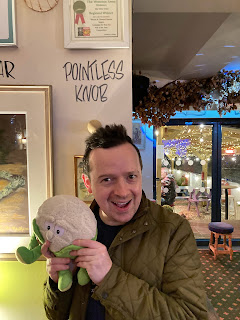 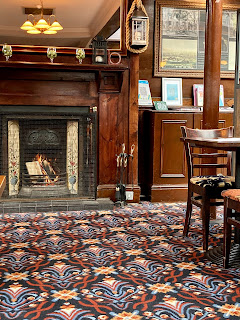 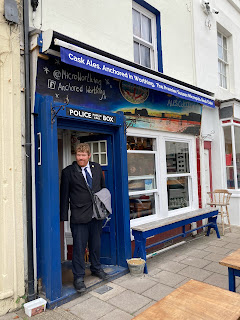 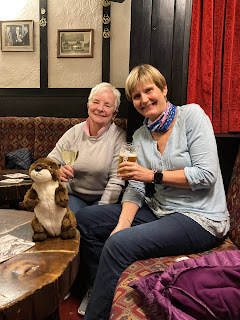 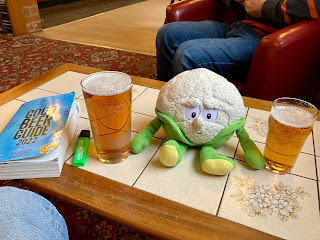 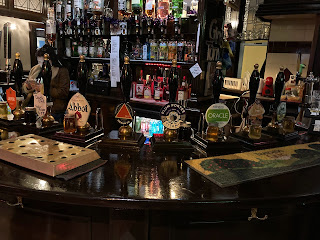 And if we are talking about particularly weak GBG entries, I think I can give you five:

1. Andover Tap, Andover (but also see below for more on this one): 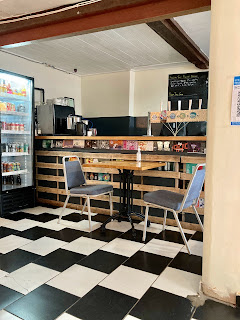 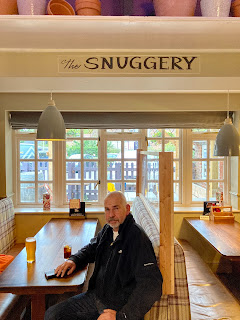 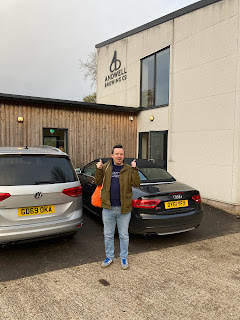 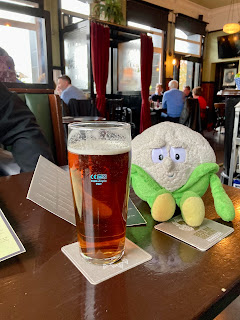 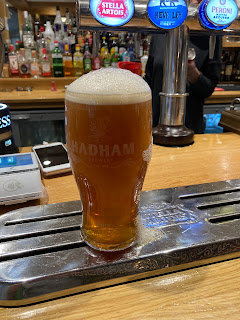 Beer of the Month 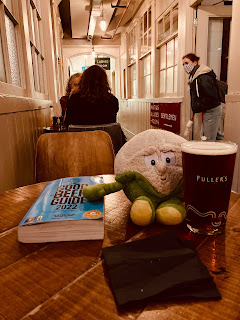 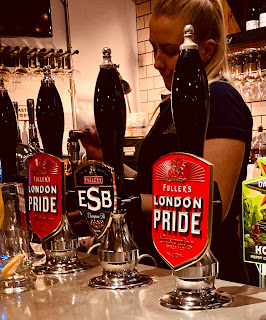 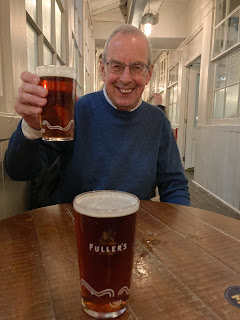 Ticking the Tickers / #PubMen of the Month

I managed to tick two more of the 'big six' of pub tickers.  Jim Brunt, who I met briefly one Sunday in York's Market Cat for a pint.  And Alfie Noakes who is sometimes known as Ian S in real life popped into the Parcel Yard because he knew that 'on a law of averages, I'd probably be there'.

That only leaves Martin Alsop of the 'big six' to meet, the West Wales micropub of tickers.

I acknowledge there are other GBG tickers out there too.  Like the man down near Brighton who has his wife act as his secretary, planning his trips and routes etc.  And the mystery man who with a one syllable name like Zog or Grub who I was told about, who moved from Halifax to Wilmslow because he wanted to be more miserable.

Am sure there is a fresh faced YTS ticker coming through the ranks too.

The #PubMan of the month award is actually split FOUR ways for November.  Mick Citra, Simon Dewhurst, Six Towns Mart and Andrew Mackean all putting themselves in the reckoning for the big year end awards ceremony.

Two revelations on the weekend of 20th-21st November, good and bad.  We'll start with good.

A chance comment by the 'always good value' Martin Taylor helped me recognise the Salutation, Hulme as a 11th pre-emptive I'd done which nearly got away.  Because it wasn't listed under Manchester, I didn't recognise it as my 'local' during the weekend of April 2019's Manchester Punk Festival. 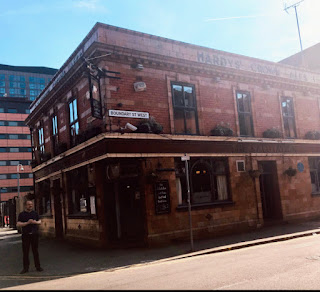 I remember at the time thinking what a beautiful building, good staff, top quality ales, I just assumed it wasn't in the GBG cos Manchester has such a strong well established suit of regular entries.  I even ate a couple of vegan burgers just so my sister thought I was cool.  It didn't work.  It never works.

In more frustrating news, remember the Andover Tap which I visited and disliked for extreme boringness on 4th Nov.  Well, sometime after my visit but by 20th November, it had moved from 2 Winchester Street to 21 Andover Street where a Lamb Inn used to be, so now, if it gets in a future Guide, I'll have to re-tick it!

I consulted an independent adjudicator, Tim Thomas of Ullage fame (the best CAMRA magazine I've ever seen), and he told me I was allowed to keep the tick this year because the one that appears in the 2022 GBG is the old address.

RANT OF THE BLOG

Ain't ticking hard?  This is another downside of these flimsy micro brewery tap kitchen canteen places, they are often so temporary, they may move premises at the drop of a hat.  You wouldn't get the Square & Compass at Worth Matravers suddenly saying 'hey guyyys, we're just fucking off over the other side of the road lolz' would you?  I mean, they'd be in the sea if they did.  But you get my point don't you?  I got told the New Brew-m I did in Burnley as a pre-emptive on 16th Feb 2016 might not be the same New Brew-m I see in the GBG now.  How will I know?  Whitney Houston sang that in her ode to the difficulties of pub ticking.  No wonder she ended up dead in the bath on drugs.  And don't get me started on bloody Buxton.  Banter GBG town, as the toxic twitter football kids say.

Not my favourite month of the pub ticking year, especially that period from approx 12th up to Christmas day, as all the once a year pubbers in their funny jumpers and non-understanding of pub etiquette are out in force making a life a misery for those of us who use pubs all year round.  Like you.  And me.

I've got no holidays either, AND I've already had that similar thing to late July when people I only see once in a blue moon tell me they've got 2 weeks off and it would be nice to meet up.  And they never say exciting meeting places like Stornaway or Guernsey, it is always York or L**ds.

So whilst I'll crack on with Saturday's and Thirsty Thursday's as best I can, I might be limited.

But never mind, I've got some good news coming in January which I'll reveal on New Year's Eve which will eventually help in my pub ticking quest.

I tell you another pain, getting down to the South East from York for Herts & Hants ticking November-December.  Seems to be engineering works every Saturday, which either means no trains available, or 3 hrs or more each way, limiting what you can achieve unless you stay over night.

North Yorkshire continues to be my Thursday focus, and that'll hopefully (weather permitting) be my first two ticks of the month.  So look out on Twitter tomorrow for that.

Thanks for reading, keep it pub.