Samuel Palmer wasn't the only person who indicated that Redhill might not be the most beautiful place I'd visit during my epic Surrey holiday, but then again, his was the only quote on the wall in the local Wetherspoons.  Maybe if he too had been hitting the Old Peculiar at 11am, as I was, he'd have had a slightly SUNnier outlook on the town. 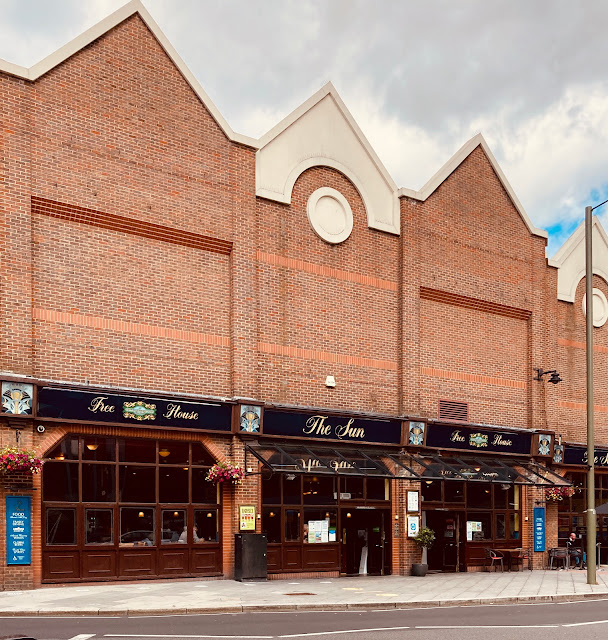 The Sun, Redhill (1765 / 2982) felt like a good fit for the town to me, after all if you want to see 'life' there are no better places to come to than the local 'Spoons. A few haunted looks on the faces of the locals as I plonked myself down into a very inviting looking seat, all on it's own, facing out into the pub.  Then I noticed the plaques of the dead, TEN of them all around MY seat.  I suddenly felt chilly, and it wasn't the Old Peculiar which was as room temp as you'd hope!  Ever been to that pub in Fleetwood nicknamed the Dead 'Uns?  It was that, but more concentrated.  Epic.  The cackling of a motivated witch in the centre of the room added the 'life' we needed, and when one her male companions got up to offer her a drink, she jumped up and shouted "ROCK ON TOMMY" at the top of her voice.  That is a comedy reference even I'm too young to get.  Probably.  What a way to start the day. 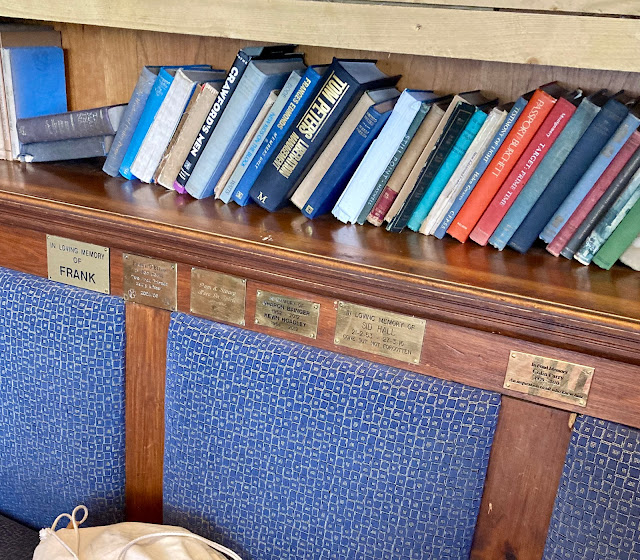 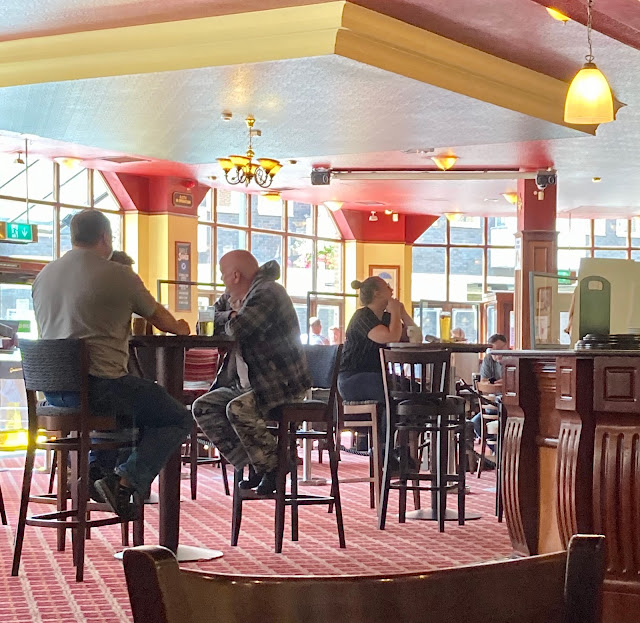 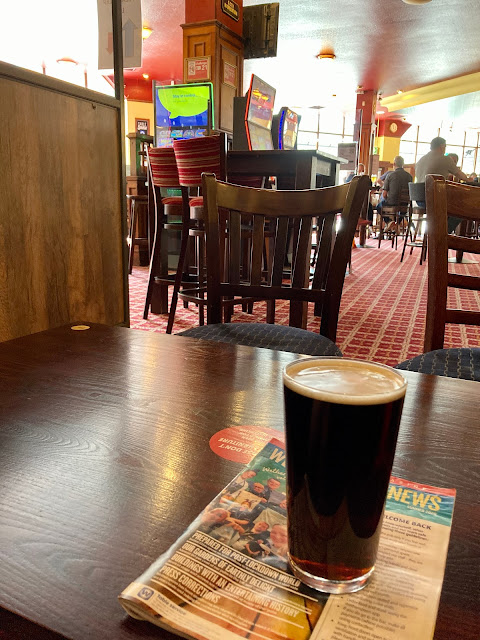 A brisk 15 minute walk to the outskirts of town took us to pub two, possibly not far enough out for Samuel Palmer's liking but certainly a bit more of a gentle village style feel to these surroundings.  'Twas time to go 'Down the Hatch' ......... 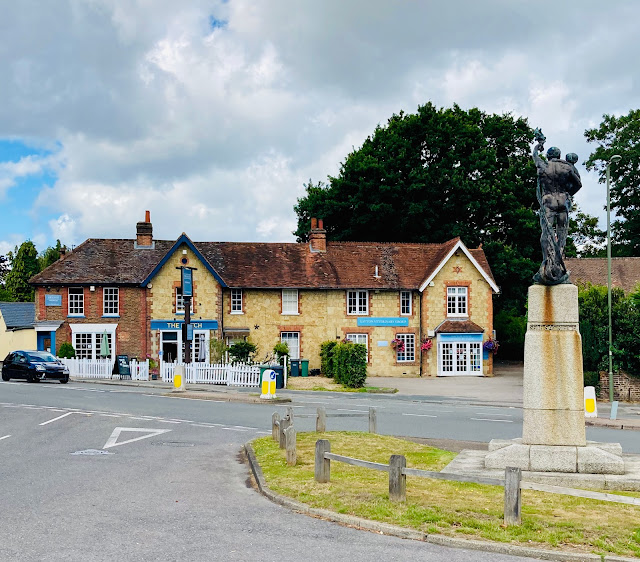 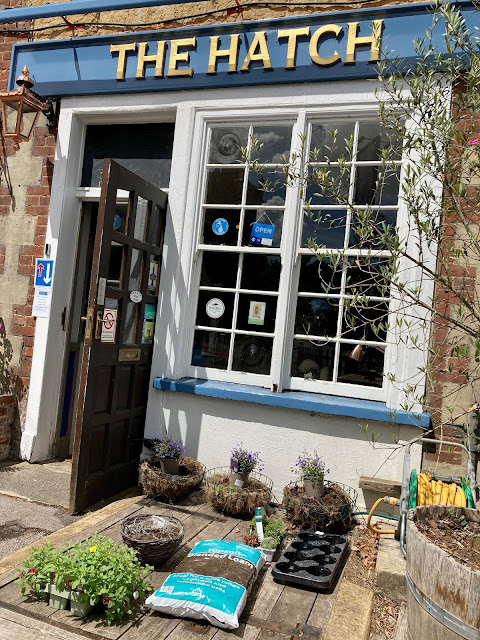 "You sittin' in or out?" asks the bored looking barmaid at The Hatch (1766 / 2983)  it was a question I'd be asked a lot this week and after a quick appraisal of the interior, total lack of customers and boom boom boom of the music (no, it wasn't even as good as the Outhere Brothers) I decide it is one of those occasions where you'd actually feel more 'a part of things' in the cute little courtyard at the front, even if it was a perfectly formed freehouse.  After all, the barmaid had sneezed whilst serving me and was a bit too quick to point out that she has hayfever!  'Definitely not Coronavirus then?' I ask, just wanting to check.  She didn't laugh.  A later trip to the loo made me notice a nice hidden snug, and a sign for 'even more secret seating'.  I'd normally pick up my pint and go for a wander, but this 'modern pubbing' kind of forbids that in some places, and I didn't wanna cause consternation so stayed put!  My ale was from a new brewery to me, Godstone, and it was nice to smile in a superior way at the passers by who looked as miserable as you might expect from a Redhill resident without a pint in hand. 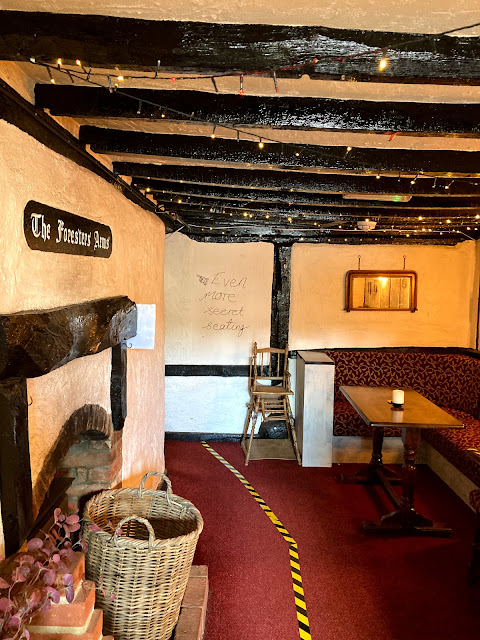 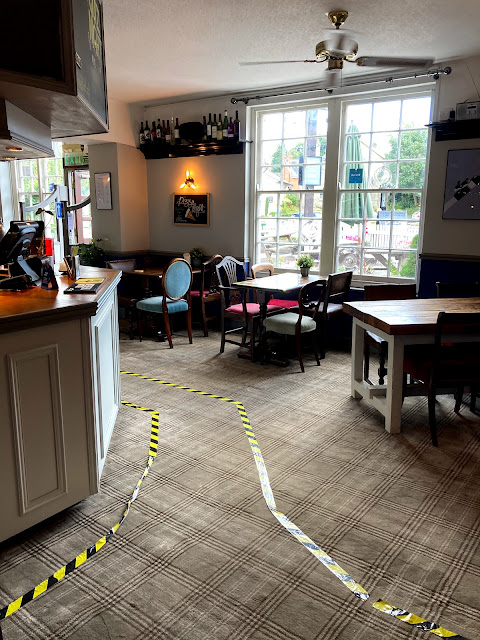 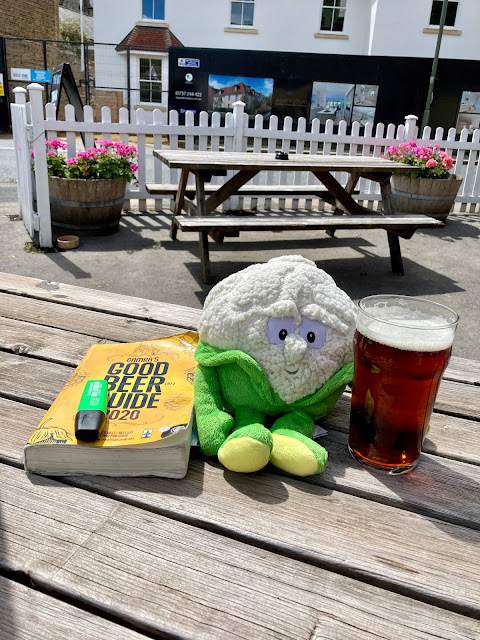 In even leafier climes, but on a main road slightly back in the direction of centre, came my third and final Redhill tick.
Nerves were a-jangling, because during my 'pub research period', I'd not seen anything quite like this next one.  Seemed you had to ring the pub, they would email you a document to complete and return, and then they'd think about giving you a two hour slot on either there upper, lower or middle garden at designated points in the afternoon.  'Bollocks to that!' I thought, 'I'm gonna have to wing it'.
My heart sank a little bit more as I approached and saw the kind of metal gates you get at a gig venue, turning you one way to pick up your 'take out' beer.  And the other way for pre-bookings.  Uh oh. 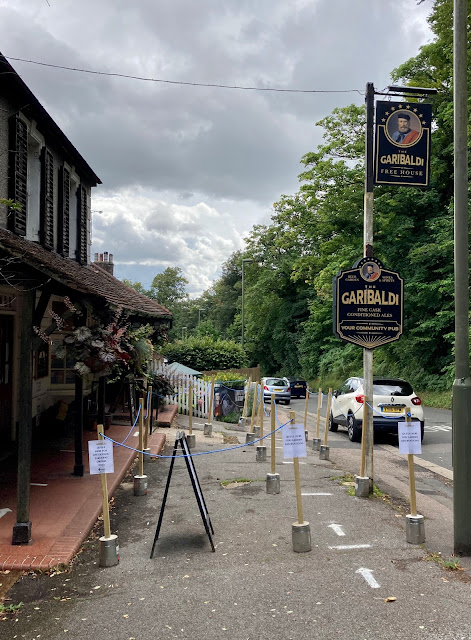 But as I sidle up to this kind lady sat at a desk, she was more than happy for me to come in for a drink at the Garibaldi, Redhill (1767 / 2984), handing me over to this young dude who leads me through to the garden, and wow, it took my breath away, I've rarely seen a more wonderful pub garden in the whole of the UK, and I have seen a lot of pub gardens.  I could now appreciate the upper, middle, lower aspect, think I was in 'middle' as he gives me this laminated drinks menu with about 5,000 drinks on but where's the cask ale, I ask with panic in my eyes, turning to a strangely empty blackboard ....... 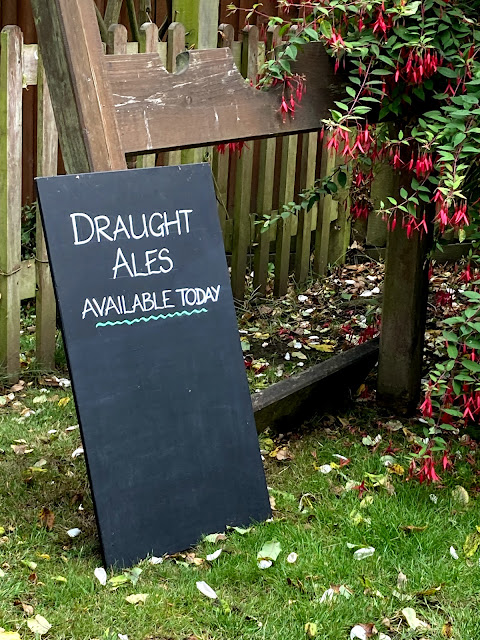 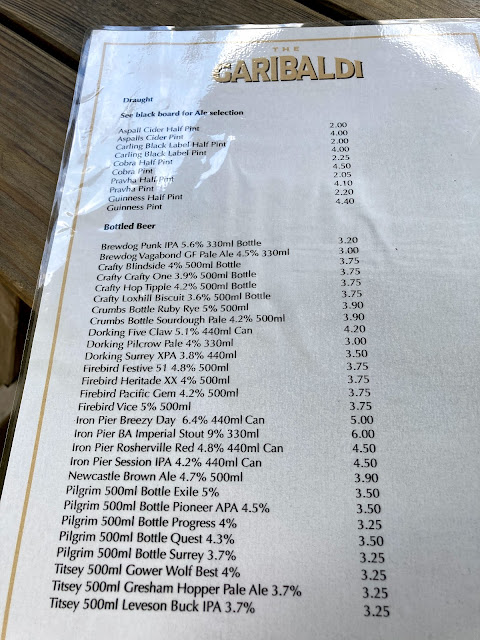 "Oh don't worry, the rain washed them off the blackboard!" he tells me, and I end with an Iron Pier and wonder if BRAPA didn't exist how nice it would be to sit here all afternoon and work my way down the craft beer list!  Might skip Newcy Brown, ya know, never been a fan of that stuff.  Colin is in his element, and for a sunny Sunday peak afternoon, the almost total lack of any other customers cannot have been what this pub was envisaging on 4th July when they put their strict measures in place.  I see it is a community owned pub, but a gosh darn friendly one (strangely I find they are often the most insular).  I wonder if a sense of responsibility to the local community weighed heavily on their shoulders and therefore forced their hand re the stricter online measures.  But sat out here, resting on a grassy bank, I can't think of many moments during my nine days in Surrey where I felt more content. 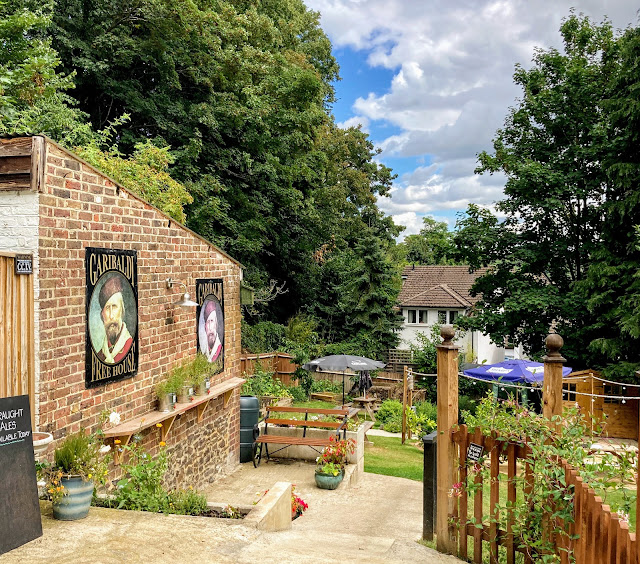 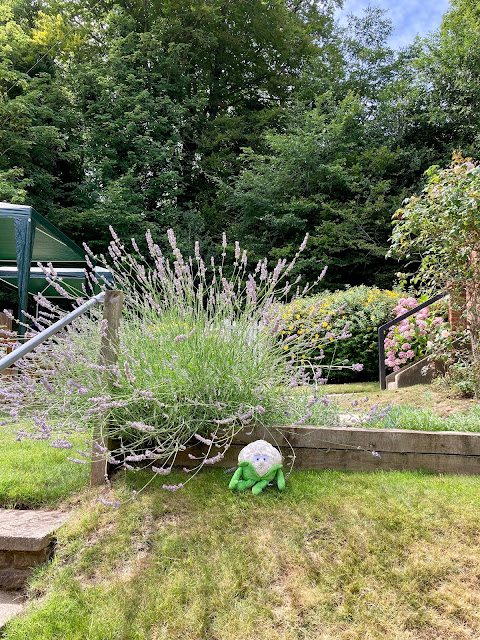 I heard about another great Redhill pub called the Garland, but despite seeing it, no time for that as I had GBG pubs in Reigate and Dorking to do.  My luck couldn't last could it?  Of course not, this was BRAPA.  Join me in part 4 tomorrow for more tales of that.
Si
Posted by Si 'BRAPA' Everitt at 10:17 pm