As I wound my from Glasgow to York, I had to change at Edinburgh so I made sure I had time to play the one remaining pub shaped card up my sleeve, my 20th pub of the holiday.  Luckily, it was very handily situated for Waverley station which is a weird station because it doesn't seem to be on the same level as any of the surrounding streets..... 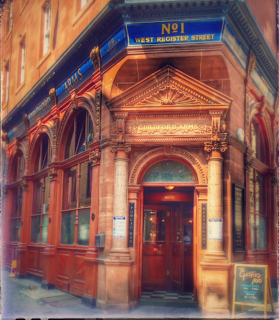 My Dad once told me he didn't enjoy this place one busy evening, there were bouncers on the door.  So I was surprised to note the doors were of the rotational hotel lobby style with partitions within, which begged the question "did about six bouncers stand in each partition and just spin round all night?"  It was bouncer free this morning, and the young landlord looked very Scottish as I eyed up 4 striking pump clips courtesy of Knops brewery.  I asked about them and after some hesitation, he declared they were based in Musselburgh.  A scrawny tatooed benefit stick lady was listening in, and gargled "I'm a passionate supporter of local real ale" before ordering two pints of Euro fizz and making the barman take them to her seat across the room.  He cracked under 'local real ale guilt' and admitted he'd only said Musselburgh because they had a beer called 'Musselburgh Red' so he got a mentally less fragile barman to confirm they were actually from North Berwick.  The whole "brewery takeover" term is becoming overused bullshit anyway, little more than a gimmick, as the 4 Knops were beaten by 5 other real ales.  Hardly a takeover!  I'd not recovered from this before a Northern Irish chap started acting very peculiarly, either laughing uncontrollably, walking around the pub, or spinning round in the doors, and coming back in with this phone saying he'd sorted it.  But what had he sorted exactly?  I feared the pub going up in a puff of smoke the next time someone pulled a pint of Doom Bar.  It didn't happen.   Never has one individual freaked me out so much since 'Paint Stained Overalls Wanker' in Wokingham's Queens Head.  But it was the suited businessmen who came in looking for a swift lunchtime pint who got the most scowls from the locals.  Working?  How very dare they!!  They left swiftly without buying a drink.  Wow, want to see pub life in the city, go at 11:30am!  You just cannot make pub experiences like this up. 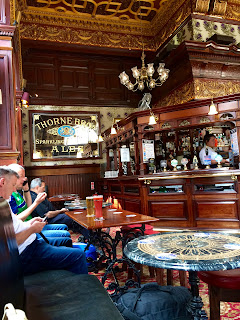 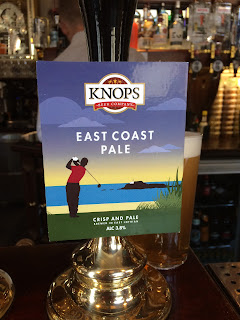 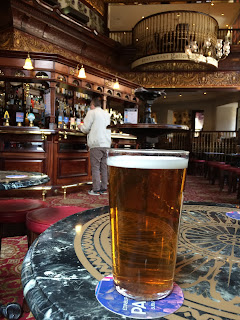 Blog Survey Results - What time do you most enjoy drinking in a pub?

The poll has closed on my latest unscientific question where I asked the above question.  The results were quite one sided.

Nearly 50% of you said 'afternoon', which from the categories I gave, must mean between 2-4pm.  I do like the tranquil ambience and hubbub of a traditional pub at this time of day.   And the vast majority of other voters said either they'd prefer a lunchtime drink or be banging on the door at opening time (often my personal favourite but sometimes the pub can be in a state of disarray at that time, beers not quite ready, pub too cold if the winter, can't find key to the till etc etc.)  Lunchtime of course, can be fraught with the lunchtime diner though these meal times don't seem to be quite as invasive as teatime, unless you are in the Home Counties or Bury on a Saturday (let it go Si!)

What surprised me was that not one single person voted for preferring to drink in the traditional evening slot, though a few said they liked an early evening post-work drink the best.  I can only think that this is because the more discerning drinker (people who'd actually read a pub blog!) voted and their pubbing experience means they have fine tuned when they find a pub most conducive for a nice pint - I know it took me quite a lot of years to realise 7:30pm-11pm isn't necessarily the best time, just the most convenient.  In fact, I like finishing early on a BRAPA trip so I have more time to burn off the ale, sober up and wake up hangover free, ready for day two!

Keep your eyes peeled for my next pub survey, as we focus on the underrated world of the pub pet.