Ticking off every pub in the Good Beer Guide would be an admirable achievement even if every pub opened Monday-Sunday 11am to 11pm, every train service ran to time, every British village had an hourly bus, service, and rural Cornwall had plentiful taxis you could book online with fabulous phone coverage, and generous strong Wi-Fi in every pub.
It might shock you to know it isn't really like that.
The five pubs I visited last Saturday were evidence of 'when BRAPA goes wrong'.  Pubs I'd previously attempted, only to be denied by a variety of reasons.
Boreham (cancelled train at Gidea Park meaning I ran out of time), Tollesbury (pub forgot to tell anyone outside the village they were delaying their reopening), Rowhedge (foot ferry cancelled, no one knows why, let's blame Covid), Colchester's British Grenadier (revised opening hours hidden in Facebook post, but not on anything else) and Colchester's Ale House (closing at 9pm due to 'the current restrictions).  Only the last I blame myself for, but only a little bit!
This is why Essex was looking green, but not as green as it should, with Tollesbury positively grey. 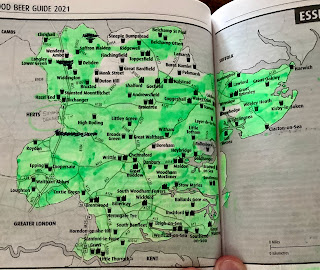 I was in punchy mood on Saturday morning.  It was time to right those wrongs, hold the magic GBG aloft, and shout 'By the Power of BRAPA (I won't be denied!)'

There was no Man-At-Arms (Simon D, attending a beer festival), no Sorceress (Daddy BRAPA, at the football in Hull) no Orko (Tom), or even Teela (Martin Taylor), it was all down to me, Brapple Cat.

In the sleepy village of Boreham we start, 'twixt Chelmsford and Colchester but much nearer the former.  It was from there I caught the bus.  Boreham has a warming community 'can't wait for BRAPA to piss off' vibe: 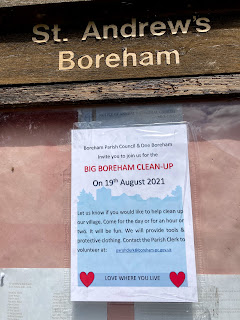 I smiled at a man in sandals.  He scuttled to the church door, banging on it loudly, seeking sanctuary: 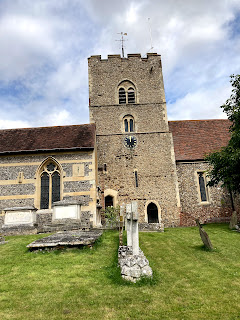 And then the pub came into view, a sturdy looking Gray & Sons proudly displaying their old CAMRA awards on the door.  It epitomised the rural Essex boozer. 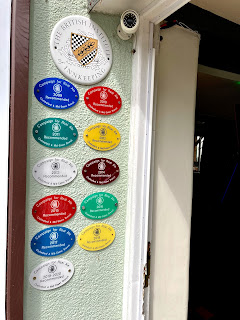 Queen's Head, Boreham (1908 / 3337) was worth the wait, just as fellow pub ticker Eddie told me it would be when he came here to watch England beat Germany, then a local drove him back to civilisation.  Sadly, I was the only indoor customer today.  The landlady actually gave a bugger, you could tell, as did the other barmaid (disembodied throughout but very cheerful).  I never quite got on speaking terms despite Colin doing his best to look conspicuous.  There were some voices from the garden, but when you have a pub of such splendour, no reason to venture outside.  The Adnams Ghost Ship was on top form, not served in a silly glass which is often the way.  I'd missed the Chicken Festival by a fortnight, but most importantly I'd finally got that last Chelmsford area outlier ticked off.  A good morale boosting start. 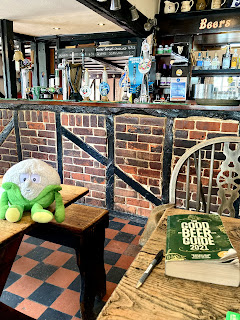 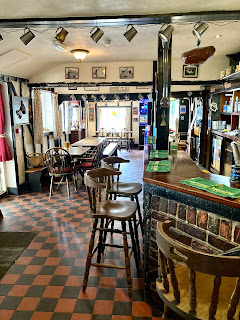 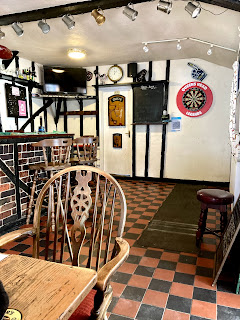 The long bus journey into Colchester was made longer by delays.  A bloke eating fried chicken in a furtive manner (they do love their chicken in Boreham) told me to relax, it would turn up.  I was extra paranoid after my Horbury fail the night before.
The bus ride was arduous, in the traffic and summer sun, and once in Colchester, I had to run down to the castle and relieve myself in the grounds (I should add there was a public loo).
I then hopped in a taxi to Tollesbury, the plan at this stage was to taxi there, then catch the 15:10 back into Colchester, buses very rare down here and without staying about 4 hours, it is hard to do the bus both directions.
Taxi driver is a top lad, Eastern European, I'm selling him the BRAPA dream, he loves it.  Tells me I have a lovely voice and speak clearly!  I tell him it is combination of Barnsley, York and Saffron Walden.  Awestruck.    I end up asking if he can hang around for 30 minutes (27.5 mins felt too nerdy on this occasion!), and transport me to Rowhedge, which is south of Colchester anyway.  So much for the 15:10 back!  Expensive, but it would speed up my day, with me being back on the 9pm out of Kings X.
He agrees, says he'll come in to use the loo once he's parked up.  How very Valiant Trooper,  Aldbury.  Pub is open to my relief. 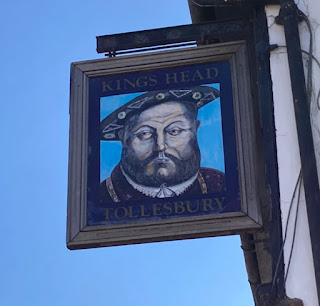 A lovely boozer is the King's Head, Tollesbury (1909 / 3338), lined with the faces and beer guts of Essex men of a certain age speaking in an accent so southern, it is hard to decipher at times.  They are a friendly bunch and say "hoi" and "yiii" as I smile and make my way to the bar, ordering a pint of some black beer (not stout or porter, just very dark), called Watsum or Wensum or something.  First I thought it was vinegary, but then I just realised it was really potent.  Taxi driver rocks up, looking a bit nervous (he later tells me locals in pubs like this don't react well to his 'foreign' accent, so he steers well clear, which is sad to hear).  I ask if he wants a drink, but he declines and goes to wait in the car.  There'll be no repeat of my Allgreave experience today.  Poor Colin has never been more invisible!  He's sat on the newspapers, and a bloke wants to read one.  He lifts up Colin, grabs a paper, and puts him back down as though the sight of a fluffy caulifower in his pub is a regular occurrence.  A bloke next to me shouts "Man Utd Foive, L**ds Wan" (he didn't do the stars), so I get all animated and we have a brief chat on 'second season syndrome' but he starts praising Bielsa so I turn my other cheek.  30 mins exactly, I scoop up Colin and the GBG, plonk my glass on the bar, say thanks to the fella, run the gauntlet of cherry Harry Redknapps, and take my leave. 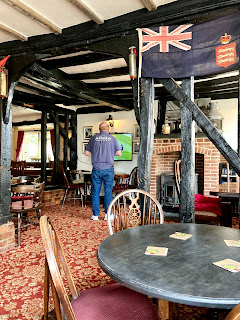 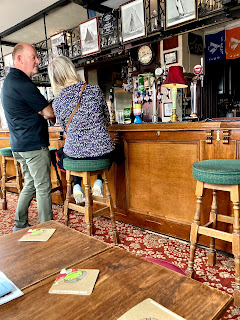 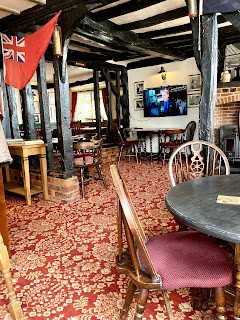 Taxi driver looks well chuffed.  "You really were 30 minutes exactly!" he cries, not quite with tears of joy streaming down his face but happy nonetheless, like he'd thought I was gonna do a bunk out of the toilet window and run to Tolleshunt D'Arcy for some ghoulish White House Farm investigations.

See you on Sunday/Monday for part two, where the pubs are, shall we say, a mixed bag!