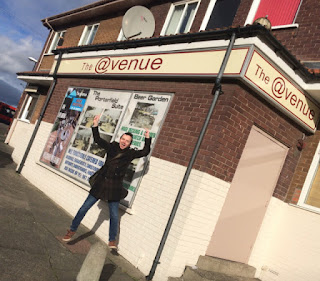 Oh, Byker Grove.  What a fantastic programme that was for those of you who grew up in my generation of the nineties.  The perfect 17:10 prelude to Neighbours with Grange Hill starting to lose its way a bit.  When I went to University in Sunderland and learned that Byker was actually a REAL place, I could scarcely believe.

Byker has treated me well pubwise over the years.  First came the Cluny, a wonderful live music venue.  Cumberland Arms came next, my absolute favourite looking down on all that surrounds it.  And you can't fail to enjoy the Free Trade, a carefully cultivated old pub on the banks of the Tyne almost like a museum piece.

So to be here in the year of our lord 2020 with two new GBG ticks just shows how much demand their is for quality ale in the area.  Brewery Tap's perhaps wouldn't be my first choice of venue type, but with a battered yellow Beer Guide, (fairly) open mind and slight sense of trepidation, I stepped off the Metro into the wicked Tyneside air.

I remembered the strangely colourful houses.  'You could be on Burano near Venice, but with less glassblowing and lace making' I mused for a second, before colliding with a man in a dirty vest taking his rubbish out.  We both apologised and laughed.  He patted my back.  You don't get this in Italy.

An unassuming small door, half ajar, greeted me across a bleak grassy area near a depressing looking industrial unit.  Here was my first pub ........ 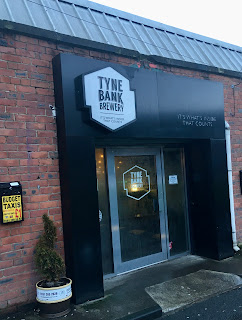 I was quite awe-struck on arrival at Tyne Bank Tap Room (1727 / 2944) as it opened into this huge tardis of a brewery and bar area.  No wonder their slogan is "It is what is on the inside that counts", I felt like I'd walked through the wardrobe into Narnia.  And plenty of bearded men to rival Mr Tumnus , or in some cases Aslam.  The staff wore expressions like the White Witch, though you won't find any Moorhouses in here (look, Si tried to do a beer joke).  Yes, it was quite a stern, serious place to match the metallic industrial surroundings, and asking for my pint of 'Monument' felt akin to going to an NHS walk-in centre and asking for brisk advice on a rectal matter.  The only other two customers anywhere near me discussed the beers with some ferocity, and my view into the brewery showed a bloke mopping a floor and not much else.  Whenever I look into a brewery, all I ever see is floor-mopping, so this was reassuring.  Most Tyne Bank ales I've tried are too strongly flavoured for me, so I was surprised that this Monument felt very mellow, though I still expected to find a sinister goblin lurking in the shadows saying "What's the matter BRAPA boy, afraid you might taste something?"  And how Narnia would that have been? 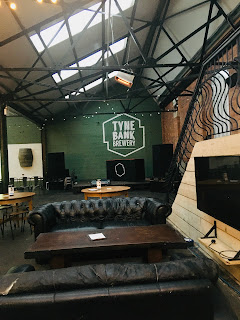 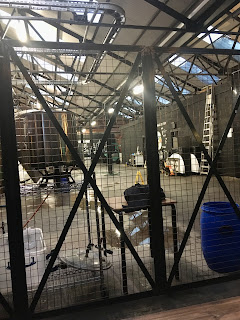 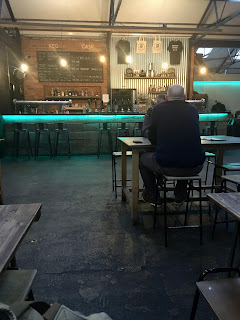 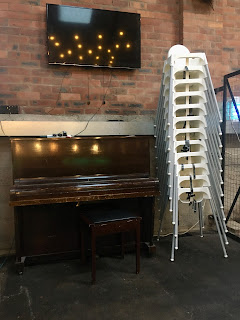 I continued on a kind of circular route through Byker, the light now fading as I started to turn back towards the Metro station, and found my second pub lurking not too far away ......

So although on the surface, the similarities between Tyne Bank and this, Brinkburn Street Bar & Kitchen (1728 / 2945) seemed obvious, you couldn't get two more different styles.  Walking down the stairs into the bar area felt more like being in Manchester, at the Brink or Gas Lamp for example.  With softer, pubbier furnishings and a cosier intimate feel, I seemed destined to enjoy this one more.  And yet, I didn't.  For all the '....Friendly' notices on the way in, it didn't strike me as a particularly friendly place as group stern faced women served me a Byker Brown Ale without moving one facial muscle giving off a real 'Robert Palmer backing band' vibe.  I joined a few other customers at the far end of a low slung leather sofa, but not even a smidgen of eye contact was made as every single person was buried up to their eyeballs in phones, tablets and laptops.  No one said a word.  I felt restless, bored and alone.  Suddenly, Tyne Bank felt like an old colleague I'd never truly appreciated.  Having said that, the Brown Ale was a marked improvement on the Monument.  Time to get back to the Toon, as it was later than I think. 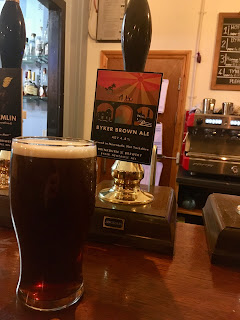 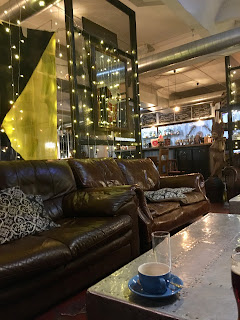 I seemed to make a meal out of getting back into Newcastle proper, and was almost rushing back to the Station.  I needn't have worried as my train was cancelled, and a train man told me I had to wait a full hour for the next Transpennine!

Fuming, for I had work tomorrow and now they were FORCING me to go for another pint.  Oh well, only one thing for it, my fave all time Newcastle pub, Bodega. 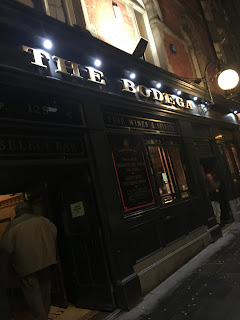 It was every bit as good as I remember it, my debut here in 2008 was one of my favourite Hull City pre-match drinks of all time.  I had to sit in the middle of the room on a high table though, and this drew attention to my GBG which I had out on the table for absolutely no reason.  A nice man with a good knowledge of the Northumberland CAMRA pubs came along to chat.  Even in my state, I couldn't help notice his accent wasn't local.  "No I'm from Swansea but got bored of the pubs there so moved to the North East!"  Sounds sensible to me, but I still made him chat Upper Killay and Mumbles whether he wanted to or not.  Soon though, time was up and this time, the train wasn't cancelled! 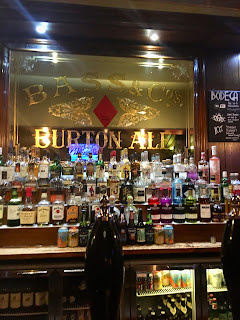 Little did I know, it'd be my last BRAPA pub for NINE days and last beer for a full week for I caught a sickness and diarrhoea bug (probably picked up at some point today, can we blame the guy taking his rubbish out?) and had to cancel my Blyth trip on the Saturday.

I started drinking again yesterday, at Saltaire Beer Festival where I tried to drink a beer beginning with every letter of the alphabet in order.  In the end, I only made it to 'O' ...... here was the situation by L: 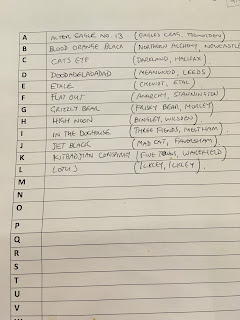 Tomorrow, I'm back in County Durham with Father BRAPA, as there are only so many times you can go to Preston and live to tell the tale.