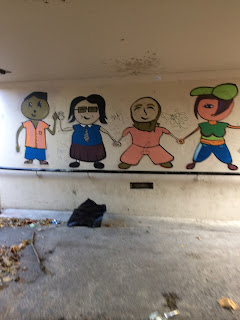 Sunderland was set to it's default temperature of "bloody freezing" as us southern softies arrived on Saturday morning, with the biggest Hull City gang of the season.  Not only me, Dad and Tom, but Ben and Christine had also joined us.

It was just like old times as I led them on a tour of my old university haunts, past classic pubs like The Borough and The Royalty (now given the cheesy moniker of the Stumble Inn for some stupid reason), and my old Uni accommodation on Chester Road.  Don't forget Billy Singh's corner shop.  And further down the road, a pub I didn't even know existed circa 1997-2000, though it did.

I'll always have a soft spot for the town (some may say city but it doesn't feel like one it's better than that), even 16 years on I won't let people slag it off! 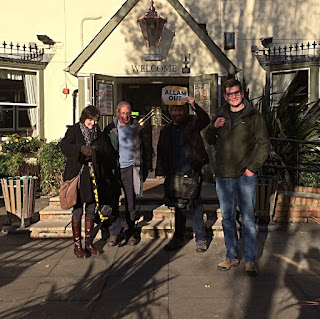 Just to clarify, I won't let the town be slagged off BUT I didn't say anything about pubs that don't come up to scratch.  As we walked underneath a roadside arched sign "CHESTERS" and down an autumnal path to this huge 'happy harvester' style building, I turned to the assembled gang and said "this is going to be shite isn't it?" to which they all agreed.  It looked like the kind of place that chavs (or 'charvers' to be more North Eastern) would have a wedding reception.  Once inside, I was at least pleasantly surprised by the warm and friendly welcome we received from landlord and landlady, sympathetic of the weather, Mr landlord told us he'd been watching his 9 year old son play football at 9:15am so he knew how cold it was.  He also told us Anarchy brewery are from the North East.  York Tap veterans would know this already, but our Lincolnshire friends tend to get confused by anything which isn't Batemans or Tom Wood's.  Much to Dad's displeasure, Ben and his long legs seated themselves at a large posing table and the full enormity of the decor horror was unleashed in the form of another fake bookcase.  The early Christmas decor actually took the edge off the horror, though Tom spotted a "dustweb" attached to a garland, which Christine suggested was left over from Hallowe'en decor rather than bad cleaning.  You've heard of 'straight', 'handled' and 'nonic' glasses, but for the first time, we were treated to round bottomed ones.  Any idea if these have an official name?   Very strange, but the beer was top quality.  Food was served in the form of "Pick n' Mix Planks".  Whatever they are. Tom picked up a 2p coin on the way out, every pub has a silver lining. 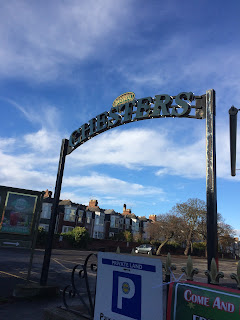 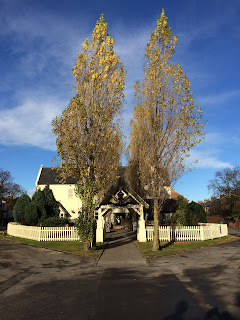 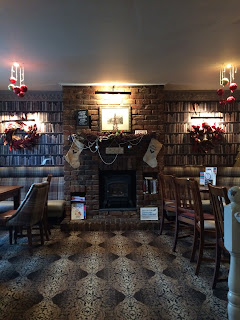 We then walked to the Ivy House to meet John Watson (his current home pub of choice), retracing my steps of November 1998 on my only other visit here, down the back of Chester Oval .... very nostalgic.  Well, Google Maps has replaced Jane Taylor, we weren't trying to avoid a pervert called Graeme, and it wasn't pitch black, but otherwise, exactly the same (apart from the Metro hadn't been built then). 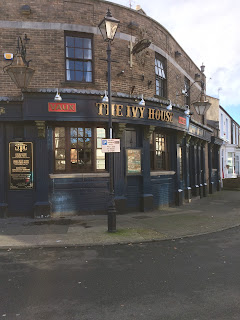 The door swung open at the reassuringly early time of 11:55am as we'd been waiting outside with some of the gentler Hull City Southern Supporters who'd made this their designated pub.  The youngish barstaff were a jolly bunch but I have to say "if I'd not known I'd been here before, I wouldn't have known." (I assume that makes no sense at all).  Last time, I drank Fosters in a cosy corner to the right and played pool, now it seems to have an extended bar and is pretty geared up for dining.  The Titanic Plum Porter, the comfy raised corner seating and interesting ceiling art made me feel all was well, but Tom, influenced by Martin Taylor's blogging, quickly noticed Prosecco signs and those horrid jam jars showing the beer colour.  What was worse, I then realised "no beermats!".  Truly unforgivable, caught off guard I hadn't brought an emergency one as I didn't think Sunderland would let me down in this manner.  The beers were great, staff very efficient and the place was big enough and off the beaten track enough to mean it never felt crowded or uncomfy, not bad on a football day (and remember the S.S. were present!)  But as a pub taken on face value, not a patch on the likes of Ship Isis, Kings Arms, Museum Vaults and Dun Cow.  Yet it was a superb session and winning Ben's "21st century Hull City Goalkeepers" quiz (Tony Warner and Nicky Culkin were the top answers) was a particular highlight!  Another was Dad accidentally getting ice in Tom's blackcurrant cordial and having to say "excuse me barman, will you de-ice me?" which he assures me is a direct quote. 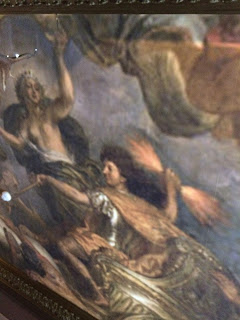 (To be honest, whether we play Sunderland next season or not, it is nice to have an option left over as places like West Herrington, East & West Boldon and Washington all need doing and likelihood is I'd be in Sunderland at some point on a day like this).

Then there was a football game which we won't talk about (highlight, lights going out, lowlight, lights coming back on) and it was back to York to meet Tom's parents in York Tap for a nightcap before fish & chips and home, and I'd conclude, a very enjoyable day all things considered!

Tuesday night sees more "W" action from South Yorkshire, before we get our Winter Woolies on next Saturday for the start of West Yorkshire's GBG 2017 entries.