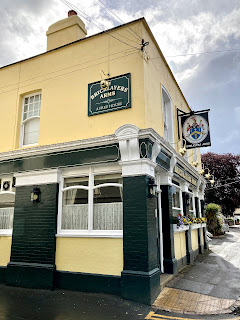 "Gorrr, you need medical 'elp!" says the only other customer, a jazzy shirted old boy sat with pint under a dripping awning at the back of the Bricklayers Arms, Herhsam (1743 / 3172).  It was a phrase he'd repeat three further times (and I'm not exaggerating) as I explain how I've come to arrive at his local, and my intentions to then walk to the Weir, Walton-on-Thames in THIS weather.

My first of 36 (THIRTY SIX) (thanks 80's BBC Vidiprinter) pub ticks this coming week, the majority in Surrey but with the odd foray into London and Hampshire.

Late afternoon on Sunday 16th May, the final day of 'outdoors only pubbing' before we were allowed back inside.  I felt an overwhelming sense of anticipation for tomorrow, but for now, my view was 'any extra pubs I can squeeze in today is a bonus'.

The old boy had a valid point.  My morning train from York to London was cancelled and I had to board a busier one without seat reservation.  Engineering works meant no trains were running to or from Guildford, where I was staying.  A replacement bus service from Woking was required.  The rain lashed down horizontally, occasionally pausing for breath, before starting up again.  I got all the way to Guildford and checked in to my digs first, due to the heaviness of my baggage, had a snack and cuppa, and still damp, walked back out the 20 minutes to Guildford station for a replacement bus back to Woking.

One seat left on the bus.  At the back.  A fat kid shuffled over to make room for me, eating a dripping choc ice, eying me curiously.  I realised he was the bus drivers son, guarding his Dad's bags and coats.   And then a train to Hersham, and walk to pub. 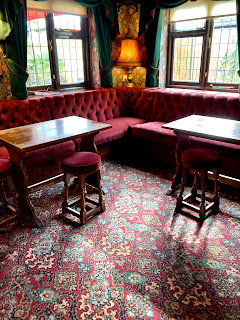 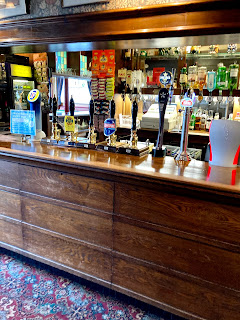 'Here's what I could've won!' the pub seemed to be saying, as Mrs Bricklayer marched me through the interior to the garden.  Cruel.  Plenty of seats and tables undercover, "but....." her and Mr Jazzy Shirt warn me, "only one specific part of one specific table is properly rainproof!"  They weren't wrong, as another deluge hit, and the canopies flopped.

But the Hopback Crop Circle was drinking reasonably well (not quite Loggerheads Shrewsbury back in 2003, but then, that was indoors).  "I'm disappointed, I assumed you were intelligent" barks the old boy as I admit I've never heard of someone called Gerald Durrell.  He wants to talk about a tiger sanctuary on the Isle of Wight.  I'm not sure why.  He then turns to Mrs Bricklayer and tells her he'd rather have sex with her than me.  No one had asked.  I tell him I'm not too offended.  She humours him, but then both suddenly ask "you gonna be putting all this in your blog?".  "Don't worry, by the end of the week, I'll have forgotten all the details" I lie.  I'm reassuring like that.  After one final comment about how I'm mad, he reveals he is disappointed in my footwear, and the fact I don't have a Gor-Tex jacket.  Ever feel you are just one massive disappointment to some people?! 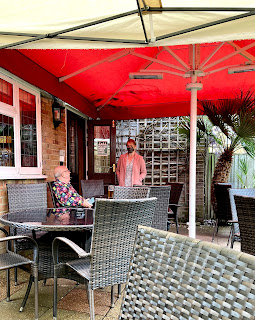 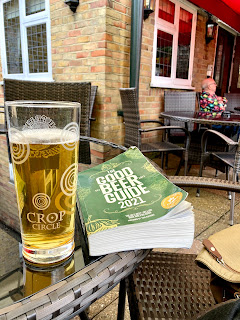 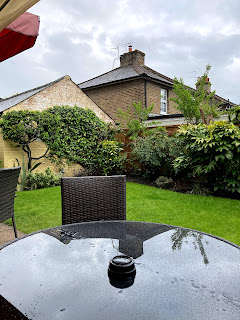 Walton-on-Thames station isn't too far from Hersham, but Walton-on-Thames itself is a good stretch further north, where last year's snoozefest GBG entries Walton Village and that boring Shepherd Neame thing with no customers are found.

It is just as far again to get to the Weir, down a muddy, flooded Thames towpath, a few glimmering gastropubs are closer, but this one feels 'end of the line', practically walking through woodland at one point, midges biting me, feet aching, slipping, sliding, clothes soaked, I really hope it is worth it. 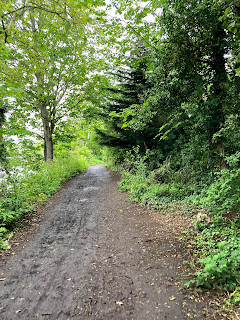 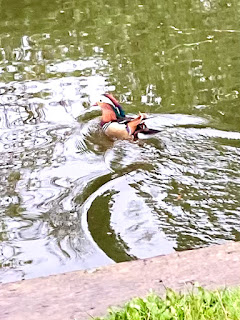 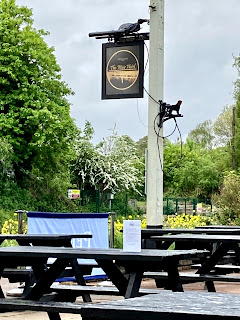 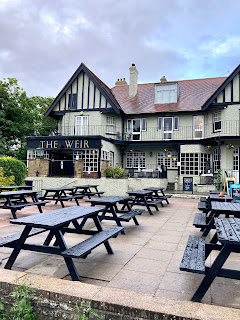 There is absolutely nothing going on at The Weir, Walton-on-Thames (1744 / 3173).  This is Black Horse Otley-esque in its distinct absenteeism of any staff member.  I say hi to the only customers, a youngish couple, but they go so far as to turn their heads away from me!  Ruuuude.  I only said hi cos they were staring at me as I circle the outdoor area, following the vague instructions on 'signing in, app ordering', you know the kind of shit that has made 12th April-16th May so bloody unpleasant in the lazier pubs.  I go for a beer called 'Resolute' for it totally reflects my mood (and is the only guest on!)  I refuse to have my spirit broken, however difficult this evening is becoming!  I'm amazed when a barman appears with my ale, even more surprised to find it is really good quality.  The benefits of just having one on?  With the gentle sound of the Thames, a few ducks, and the rude couple departing, I'm just noting "pleasant ghost town feel, but pretty boring".  Careful what you wish for!  Out of nowhere, a group of 'ladddddzzz' bound in, sitting directly behind me so close, the ringleaders back is touching my coat.  "HEINEKEN, HEINEKEN, DO THEY STILL DO HEINEKEN BRUV.  BRUV, BRUV, BRUV?" they chant, one of them going inside to find a real life member of staff!  More fool me.  To my horror, they are working through a tense period in their friendship, someone has cheated on someone, it seems a phone charger left in a bedroom played a significant role in unmasking the drama.  The main lad is determined to sort it out once and for all.  The others are more reticent.  They keep talking about how much 'respect' and 'love' they have for each other, but are all talking across each other.  No one is listening!  I so want to tell them this, but no way I'm turning around.  And the situation continues to fester as the rain gets worse, one of them eventually deciding to talk Pokemon and a lost original Harry Potter edition, before it quickly turns into a 'which Weir barmaids have you slept with?' chat.  That makes it tense again, and they bound off as quickly as they arrived, over a wall into the trees like the most unsavoury Animals of Farthing Wood ever.  Time I left too. 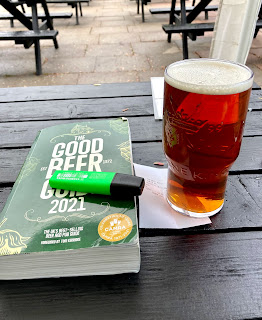 The most maddening thing about all this, my next nearest GBG tick in Sunbury is only 0.5 miles away as the crow flies.  But no bridge anywhere across the Thames, meaning a 3 mile walk around.  Even I have limits as the rain continues to bounce down!  I'll be back.

The walk back to Walton-on-Thames station is every bit as painful as the walk here, but once back in Woking, I can catch a quieter bus back to Guildford, pick up a bit of food, and reflect I'm two pubs up on where I probably expected to be, all nicely set for a bit of indoor action tomorrow! 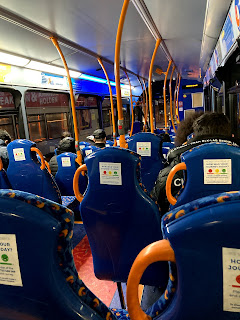 Join me for part two tomorrow evening for news on how the Heaventeenth May started off.