The fact that 22 were done in the first 5 days and 17 in the final 7 days helped me rise above mediocrity.

Manchester Punk Festival,  a bad dose of Tonsillitis which, in football twitter parlance, was living rent free in my head (well, mouth), caused a for a bit of a mid-month wobble, but I'm glad to report I'm back to full form for a hopefully productive May.

The Unicorn was probably the least pre-emptive of the six pre-emptives I managed, three I'm very hopefully will make the 2023 GBG.

The standard of pubs and beer was quite poor this month, the worst yet in '22.  April is always a tricky one for some reason.

Berkshire was a cracking four day jaunt but a bit inconsistent at times, North Kent was down right dire (I'm assuming not everywhere in Kent is like Gillingham?  Please tell me Ramsgate and Dover aren't just 'Gillingham-by-the-Sea'), Hertfordshire continues to be a magnolia airbrushed Essex, whilst my recent Greater Manchester experiences have been chock full of micros and brewery taps selling wonderful beer with a smattering of Holt's only or Royal British Legions for the purist.

Gosh, I'm being a miserable humbug this evening aren't I?

Let's over compensate by inducting a record SIX pubs into BRAPA's year end awards for when we reach December.  Done in order visited:

Massive thank you to Sir Quinno and Tim Thomas for being such fabulous hosts on my mini Berkshire break, had great days with both.  And thanks to John Depeche Modem for keeping me sane (well, the John equivalent of sane) on my most recent Hertfordshire trip.
In other highlights, I finally located the loos at Newark Northgate station.  They were everything I'd hoped they'd be ..... 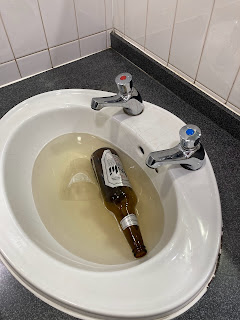 During Manchester Punk Festival, I visited a few 'old classics'.  My overall winner was Peveril of the Peak where I ended up sat outside with a Plum Porter, sharing a bench with a young couple called Ed and Amber, plus this insane old man who shook our hands with the same hand that shook David Bowie's hand in a 1983 trip to Hamburg.  He even rang his mate and passed over his phone, so his mate could verify the tale.  "You'll never wash your hand again" he tells me.  First thing I did after saying goodbye, wash my hand. 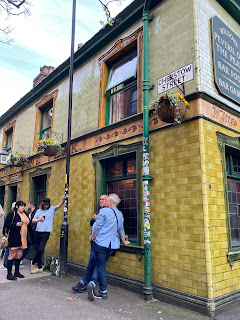 Grey Horse was also decent, both Lass O'Gowrie and Briton's Protection struggled with beer quality (shame cos I have a soft spot for both) and City Arms weirdly failed to impress me for a second time even though it feels like it has everything in place to be a really nice boozer.  And the Unicorn was almost too lively to the point of being a bit intimidating!  I mean Meatloaf singalongs at noon.  You gotta admire it!
Bishopthorpe's Woodman close to home (a debut visit for me) was a very random contender for pint of the month, but the White Rat was spectacular, and to think I only popped in because Ebor was shut. 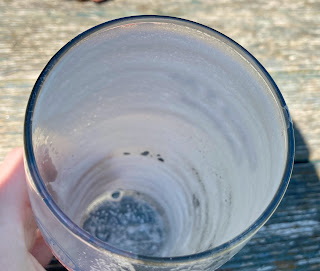 But a bit like my fried egg game (yes, still on the Keto diet apart from the ale!), April ticking was all a bit hit n miss!
High hopes for the month of May.
Staffordshire I've neglected for too long (last tick was January), and have all the tricky stuff left, but what I can still do on public transport I intend to do.
Lancashire, I need to start taking it seriously on #ThirstyThursdays (apart from Blackpool which can wait til August).  Outer Preston looks exciting doesn't it?  And a nice man called Ian is driving me round some Blackburny places soon.
Completion weekend!  Look out for this, I'm planning on completing THREE counties in one weekend.  Could be epic.
And I might chip away at a bit more Greater Manchester.  Trying to go from west to east.  Bromley Cross is my furthest West which I've heard is a bit of a cracker, so I am making progress.
Summer holiday planning, I'm still torn between Herefordshire and Cornwall.  Hmmmm.  Need to get something booked, but that isn't until late June.
I'll leave you with the angriest brewery logo of the month courtesy of Bolton's rather quite nice North Monkey, and wish you all a very merry May. 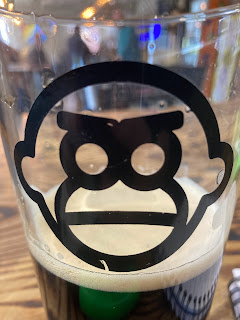 Thanks for reading, Si
Posted by Si 'BRAPA' Everitt at 9:15 pm