BRAPA and ..... the Dungeon Master of Tottington

I'd seen off the threat of Bury, and was mid way through the afternoon of Saturday 10th August, I left all the Manchester City VAR insanity behind me in the excellent Lamb in Woolford.

I worked out I could walk to my fourth pub in about 20 minutes or so, just carrying on north up the main road.  My note taking had dried up by now, sadly the same couldn't be said for my bladder and I was walking quickly to get to that loo ASAP! 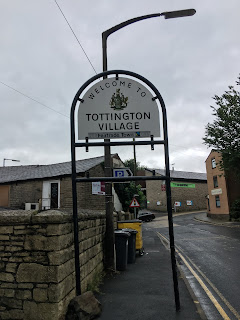 About a minute from the entrance, the heavens opened again, just as a lady dressed as Martin Taylor's highlighter pen rounded the corner with a busy little dog.  I told her to go ahead of me as I was hanging back to take a photo of the pub.  She looked at me like I was mad ...... 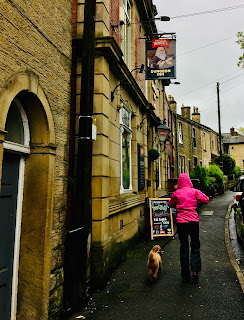 I think we'd better go in and investigate and get out of this rain ....... 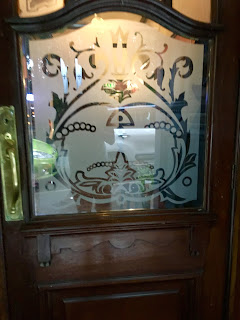 That belt that sort of runs across the north of Manchester from Wigan to Bolton to Bury to Rochdale for me, is one of the most rewarding in UK pub ticking, offering top quality ale, some amazing old pubs and friendly staff and punters.  And my pub of the day, Dungeon Inn, Tottington (1726 / 2699) was a fine example of 'when everything comes together'.  The locals parted (including the big guy with wide stance and magic eye tee shirt who gave a headache throughout.  I was served this IPA which might or might not have been Thwaites and from bench seating to dark wood to side rooms to carpets to fruit machines, the whole place glistened with a north western goodness you just wouldn't find in York.  'Twas a lucky pub too, 20 minutes into my visit, Jeff Stelling was put on opposite me and before I knew it, Hull City had raced into a two goal lead v Reading.  Poor Duncan Mackay, at least he'd got to meet my Dad!

Not that I tend to tag pubs on Twitter when I visit unless they ask, I thought I'd found this one but seems it wasn't and could've led to a very awkward misunderstanding ........ 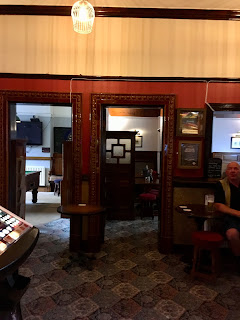 A short bus ride DIDN'T take me to Holcombe Brook, not that the bus driver was going to tell me that.  An old lady getting off at the corner made me realise the bus was going to speed off the wrong way, leaving me with a little 5-10 minute walk to the pub ..... 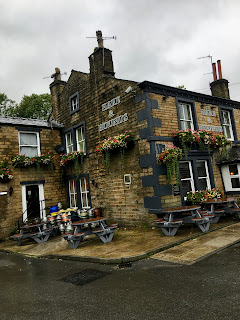 The curse of the '5th pub of the day' struck again at the Hare & Hounds, Holcombe Brook (1727 / 2700) , and whilst I usually blame my own 'state' at this stage of the day, I think it was more a case of a quite underwhelming pub following the wonderful Dungeon.  It felt very much an 'events' pub, verging on a sports bar, strange as it looked pretty traditional from the outside plus it had far too many ales on (counted about 8, I think!), and my Pictish 'Bravo' was decent but nothing to write home about (and I managed to say 'bravo' in a weird way like I'd never said that word in my life before, so that was fun!)  In the absence of much in the way of comfy seating, I perched by a pool table looking up at a bit more Sky Sports scores coming in.  So underwhelmed, I didn't really take notes, photos or even check-in on Twitter, so I consoled myself in two landmarks.  Firstly, my gross 2,700th pub, and my 134th current Greater Manchester tick means I've done more 2019 GBG pubs in this part of the world than any other, overtaking West Yorkshire.  Nothing wrong with the pub as such, just felt a little bit boring. 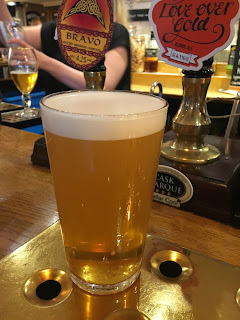 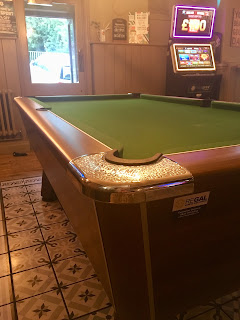 A bus took me onwards towards Bolton, where I could hop off at this place called Harwood which had a pub I'd been planning on getting to for ages now, so must be a GBG regular.  Despite not having a name at all, I somehow managed to locate it ....... 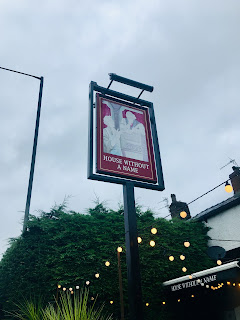 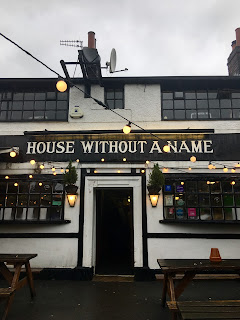 Ah yes, now THIS is a pub.  Always nice to end on a high, and House Without a Name, Harwood (1729 / 2701) delivered the eleventh hour goods.  As I peered over a mass of characterful friendly faces to order my pint of Holt's or whatever it was, in time honoured Bolton tradition, people were ordering hot pies from this glowing cabinet at a rate of knots.  It was nearly full time in the football, and nervous folk craned their necks to this tiny screen behind me where Bolton were making their brave return to football at home to Coventry after their recent problems (still blighting Bury).  As I squinted to see they were hanging on for 0-0, the dodgy camera angle looked like a pub local had scaled a piece of scaffolding after 6 pints of Bank Top, and was filming it on a camcorder in the wind.  Was loads of fun.  Full time whistle sounded, and everyone let out a collective sigh of relief and there was some clapping and back-patting.  I sat in the corner eventually and an amusing old lady and some lovely warm people dressed as bees who all sounded like Philomena Cunk made jokes.  I laughed as heartily as I could muster, but no idea what they said.  The Hare & Hounds is a self-styled community local, but for me, this place had as pure a community feel as you could hope to witness. 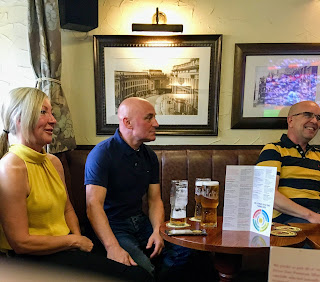 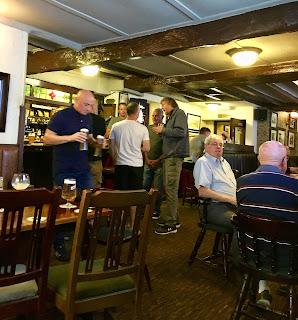 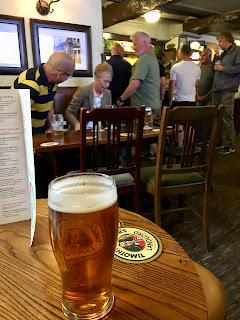 It had been a great end to another 'six pub day', and back in Bolton, it was almost tempting to carry on as I've still got at least 4 pubs to do in that neck of the woods.  But I did the disciplined thing and got myself back home as quickly as possible via Manchester Victoria, for what would've been an early night had I not watched classic hits from 1989 on YouTube for about three hours!

I ended up waking up to terrible stomach and back pains which lasted all week, so I gave myself a prolonged break from the beer on the (extreme) off chance it was linked!  So I'd 'bee' all raring to go at Brentford on Saturday, which I'll tell you about Mon or Tue.

Take care, have a good week.